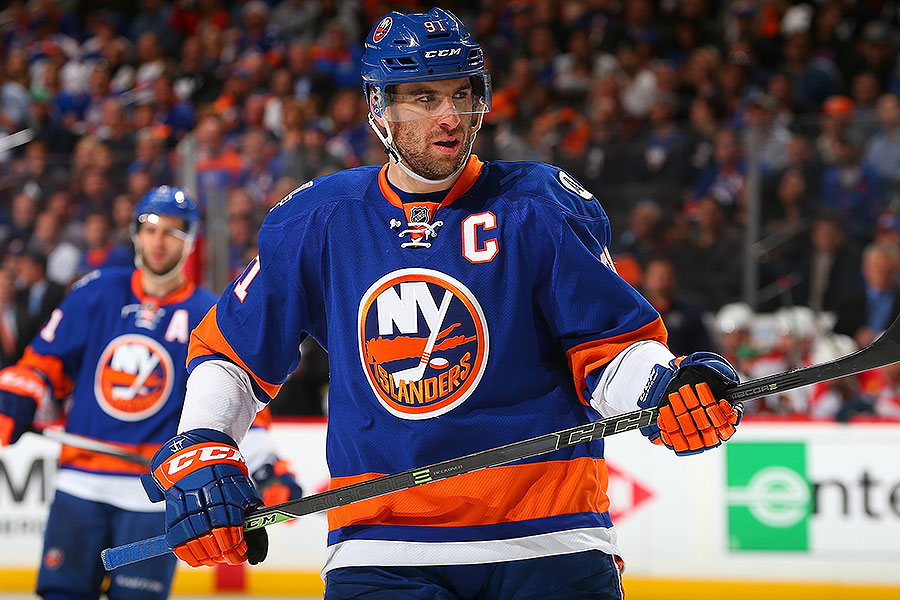 As the NHL Offseason passes the NHL Entry Draft, the rumors of free agent signings arise left, right, and center, but often the names of those players do not peak the interest of many fans. However, during the 2018 NHL Offseason, some big names become unrestricted free agents on July 1st.

Forward Ilya Kovalchuk was the main player in the rumor mill prior to the draft, but on Saturday, June 23rd, numerous sources confirmed that Kovalchuk will sign with the Los Angeles Kings on a three-year contract worth $18.75 million.

The days before the announcement brought some interesting possibilities for Kovalchuk’s return to the NHL, following a five-year absence to play in the Kontinental Hockey League (KHL) with the St. Petersburg SKA. Surprisingly, the Boston Bruins appeared to be one of the favorites to sign the Russian forward. However, Bruins General Manager Don Sweeney would not budge on a contract that exceeded two years according to The Athletic analyst Pierre LeBrun.

Once the news of the deal emerged, it became clear that signing a 35-year-old player to that contract did not make sense in terms of the Bruins’ future plans. At the end of the deal, Kovalchuk will be thirty-eight years of age, sparking the question as to if he can produce at a high level when that time comes.

But for the Boston Bruins, free agency was not quite done just yet. The news came out from multiple sources including The Athletic’s Arthur Staple, TSN’s Darren Dreger, and Sportsnet’s John Shannon that the Boston Bruins were also in on the John Tavares sweepstakes and would get the opportunity to interview the current captain of the New York Islanders.

At first glance, signing Tavares would make the Bruins a standout threat in the Eastern Conference and possibly the league heading into next season. When you imagine the top-six that includes Bergeron, Marchand, Pastrnak, DeBrusk, and Tavares, all you need is that definite answer on the second-line right-wing, and the Bruins may have the best top-six in the NHL.

However, just simply signing Tavares will not work for Boston. Moves within and possibly outside the organization must occur for the Bruins to make the blockbuster deal. As of June 25th, the B’s have $11,984,333 in available cap space, without the likes of Anton Khudobin (who may not re-sign with the team) and some bottom-six players that also require new deals, the Bruins cannot just sign Tavares to a contract with what they have salary cap wise.

Hearing #NHLBruins floated contract that would pay G Anton Khudobin $2.5 mill. Not sure if deal was for more than one year. Either way, Khudobin camp wanted more (one source told me $4-4.5 mill) and is now exploring all options, including KHL. #NHLFreeAgency.

The options for salary-cap relief begins at either David Backes or David Krejci. Backes has three years remaining on his $6 million contracts and at 34-years-old, the price may be too steep to keep. However, Backes still has a no-trade clause for the entirety of the 2018-19 season and it will remain that way until the 2019-2020 season where his deal includes a modified no-trade clause. This would require Backes to waive the agreement in order for the Bruins to move him this free agency.

On the flip side of that, not many teams will be eager to bring on the salary of Backes for another three seasons, as the league continues to shift to a faster, younger style of hockey. Unfortunately for Backes, his six-foot-three, 221-pound frame is not particularly fast.

The other possible trading asset is David Krejci. Like Backes, Krejci has a no-trade clause for the upcoming season, with a modified no-trade clause coming into effect during the 2019-20 campaign. Krejci also has only three years remaining on his contract, at a much higher price of $7,250,000 annually.

Along with the contract stipulations that may prevent a David Krejci trade, is the fact that Krejci has found success with left-winger, Jake DeBrusk. During the twelve playoff games, Krejci scored three goals and produced seven assists for ten points. The chemistry he built with DeBrusk is something to be noted heading into the future.

Although, with Krejci’s age and his past of injuries, an upgrade at center with the emergence of John Tavares would drastically better the team – considering the 27-year-old is coming off of an 84-point season with the Islanders. 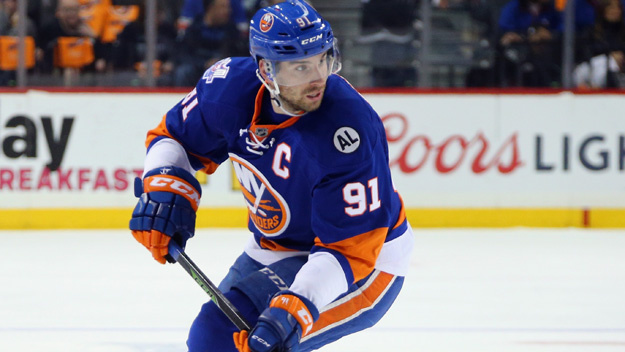 While salary cap becomes an issue in the short-term, it may also become an issue for the years to come. According to TheHockeyWriters.com, John Tavares has been offered an eight-year contract worth roughly $88 million by the Islanders prior to his interview period with the other teams that he has chosen. While there are no other confirmations that an offer similar was made, it is safe to assume that Tavares will be on the lookout for $10 million or more for at least seven years. With some other incentives, the price and term may be adjusted accordingly, but that could be your base for Tavares’ deal.

Without any trades, the Bruins would be putting themselves in a tight situation in accordance to the salary cap. With no current backup goaltender and some holes left to fill, the Bruins still need extra salary cap space. For the future, however, the problems would only continue to accumulate.

Next season, the Bruins need to re-sign Ryan Donato, Danton Heinen, Charlie McAvoy, and Brandon Carlo – all of which are coming off of an entry-level contract where they make less than one million per season. At the same time, defenceman Adam McQuaid’s $2.75 million contract expires and it is likely the Bruins do not re-sign the 31-year-old, giving a little more room to work with.

But, the issues continue to pile up. Two years from now, Anders Bjork, Jake DeBrusk, Torey Krug, and Matt Grzelcyk will all be on expiring deals, causing some more pay raises to ensue. It is fair to note that with the continued growth of the National Hockey League over recent years, the maximum salary cap limit for a team may increase by a couple more million dollars, but with the long list of names to offer new contracts to, the raise in salary may not be enough.

If somehow Boston is able to unload David Backes or David Krejci, then the John Tavares trade seems logical and can truly benefit the team going forward. The signing would most likely end the talks of Rick Nash returning to the Boston Bruins, leaving the question of second-line right-wing. Will it be Anders Bjork? Another young player? Cheap free agent or even possible trade acquisition? That decision would be in the hands of management.

So when the thought of John Tavares in a Boston Bruins sweater comes around, consider the headaches of the future. While trades can go through to free up the salary restraints, it is unlikely that the big contracts on the current Bruins roster get shipped out for Tavares. At this point in time, the big fish does not make sense for the team.