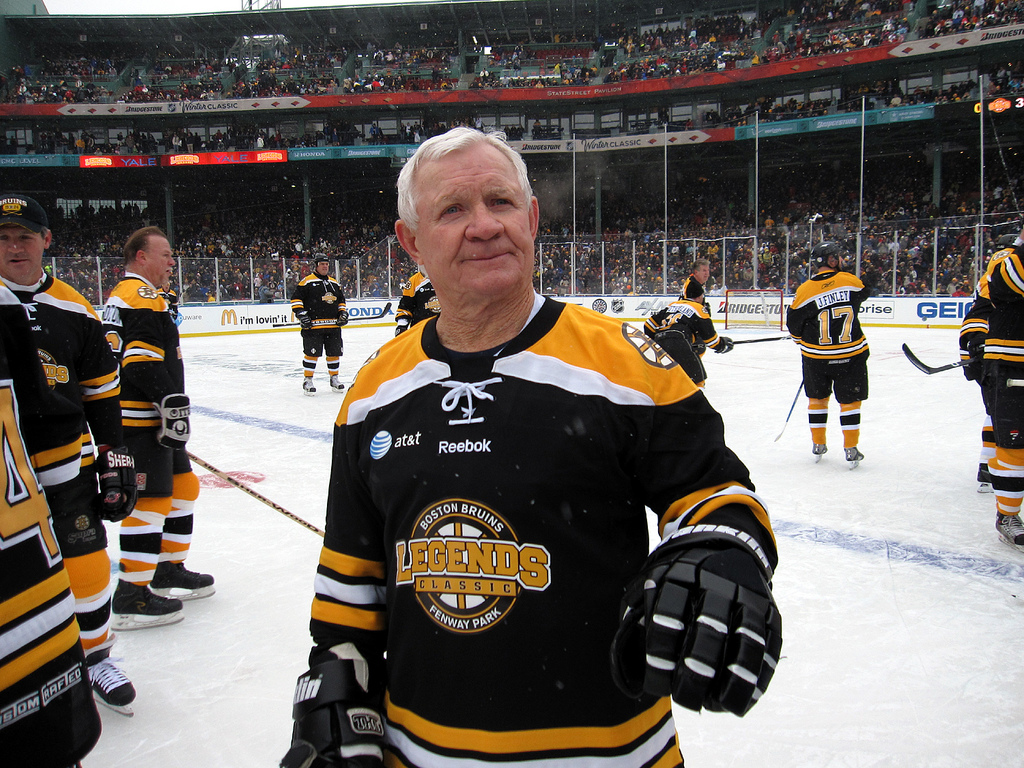 Last night the Boston Herald reported that Boston Bruins legend John “Pie” McKenzie passed away at the age of 80 with his family by his side from his Wakefield, Massachusetts residence. The popular Bruin was a key member of the old Big, Bad, Bruins team that was a thorn in the side of many National Hockey League teams from the mid-1960’s to the early 1970’s.

So sad to report that per family @NHLBruins legend John “Pie” McKenzie passed away Saturday night at age 80.

The two-time Stanley Cup Champion spent seven of his twelve years in the NHL with the Boston Bruins appearing in 453 games contributing 169-227-396 numbers. As a skilled agitator, the 5′-9″ 170-pound forward was always there to stick up for his teammates and wasn’t afraid to get physical with his 700 penalty minutes in his Bruins career. His NHL totals are 206-268-474 with 917 penalty minutes in 691 career games. McKenzie would leave the Bruins after he helped the organization win it’s fifth Stanley Cup (second in three seasons) to land an opportunity in the World Hockey Association where he spent time with five teams before hanging up the skates after the 1978-79 season where he posted 47 points in76 games for the New England Whalers.

Born in High River, Alberta, Canada, the rugged, crafty right winger caught the eye of Chicago Blackhawk scouts after he posted 48-51-99 in his second season with his Ontario Hockey Association’s St. Catherines Teepees Junior team. His first year after playing second tier time in the Western Canadian junior programs he made an immediate impact posting 70 points in 52 games. After his 99 points 1957-58 season he would play 32 games in the show only posting seven points in his limited role in Chicago.

After retirement, McKenzie was the Head Coach of the Berklee College of Music Ice Cats that were newly formed in 2007. He was also a hockey developmental advisor for the NCAA University of Massachusetts Lowell Riverhawks for a short time.

Deepest condolences to the family and to the #NHLBruins on the passing of Johnny “Pie” McKenzie at age 80 following a lengthy illness. Pie was a sparkplug on Boston’s 1970 and ’72 #StanleyCup champions, a player endlessly respected by teammates and opponents alike pic.twitter.com/fPfYm5LxbQ

Below Are McKenzie’s Career Acheviements And Facts Per The Great Folks At Wikipedia.com