Will Bruins Zdeno Chara Continue To Be A Key Player Next Season? 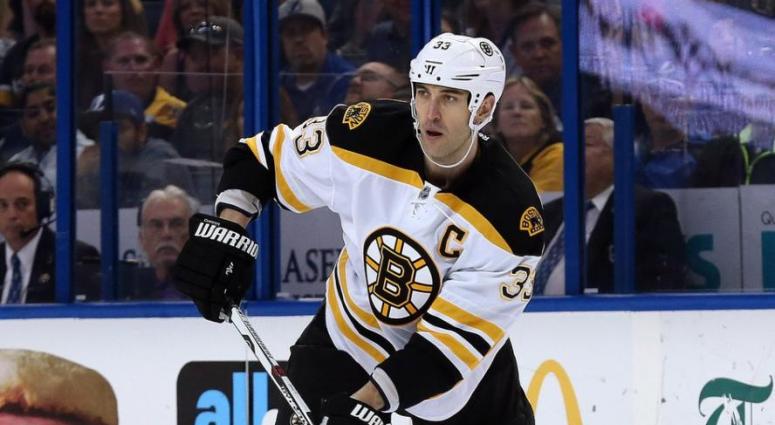 Zdeno Chara is known throughout the league as one of the most dominating players to play against out of anyone else. The 6-foot-9 Slovak was the first captain in a long thirty-nine years to hoist the Stanley Cup for the Boston Bruins. His undeniable leadership has improved the game of many young players – especially in the past few seasons. Put his leadership qualities with the strength and skill that he possesses night in and night out and you have the recipe for one of the best Bruins of all time.

Not only does Chara have a physical presence unlike any other player in the league, but he has the conditioning to keep up that physical and defensive play for a long time during a game. Throughout his near 900-game career with the Boston Bruins, Chara has played an average of 25:03 per game. In recent years, however, the playing time of the Bruins leader has diminished, an apparent result of his increasing age.

Although, in certain aspects of his game, Chara has improved with age. This past season, Zdeno set a new career-high in most takeaways during the entire season, with 42. Chara racked up 141 hits during the 2017-18 season as well, placing him fourth on the whole team. Chara also scored three game-winning goals this past season, a stat he has achieved in six different seasons.

Chara with his 5th goal of the season to give the B’s a 2-1 lead🐻 pic.twitter.com/PfGMiOwJc5

How Did It All Start?

Zdeno Chara was drafted in the third round, 56th overall to the New York Islanders back in the 1996 NHL Entry Draft. Only one other player from that draft played in the ’17/’18 season, that was forward Matt Cullen who played 79 games with the Minnesota Wild. Zdeno Chara would play with New York from the 1997-98 season to the 2000-01 season, finishing with 6-23-29 totals in 231 games.

This led to the trade at the 2001 NHL Entry Draft between the Islanders and the Ottawa Senators. After finishing last in the NHL standings for the 2000-2001 season, the Islanders were awarded the 2nd Overall pick in the ’01 Draft. Even with the high selection, the Islanders would trade that pick (would become Jason Spezza), along with Bill Muckalt and Zdeno Chara for Ottawa’s Alexei Yashin.

The trade can go either way regarding who came out victorious in the deal. Yashin would go on to finish his career with the Islanders, producing 290 points during five seasons. Chara, on the other hand, would tally 146 points in 299 games over four seasons with the Senators, before being released to free agency in the 2006 NHL off-season.

Following the 2005-2006 regular season and playoffs, Zdeno Chara would not re-sign with the Senators during the off-season. Instead, Chara would agree to a five-year, $37,500,000 contract ($7,500,000 AAV) in the summer of 2006 with the Boston Bruins. The deal would be a massive pay raise for Chara, who earned just under two million the year prior in Ottawa. 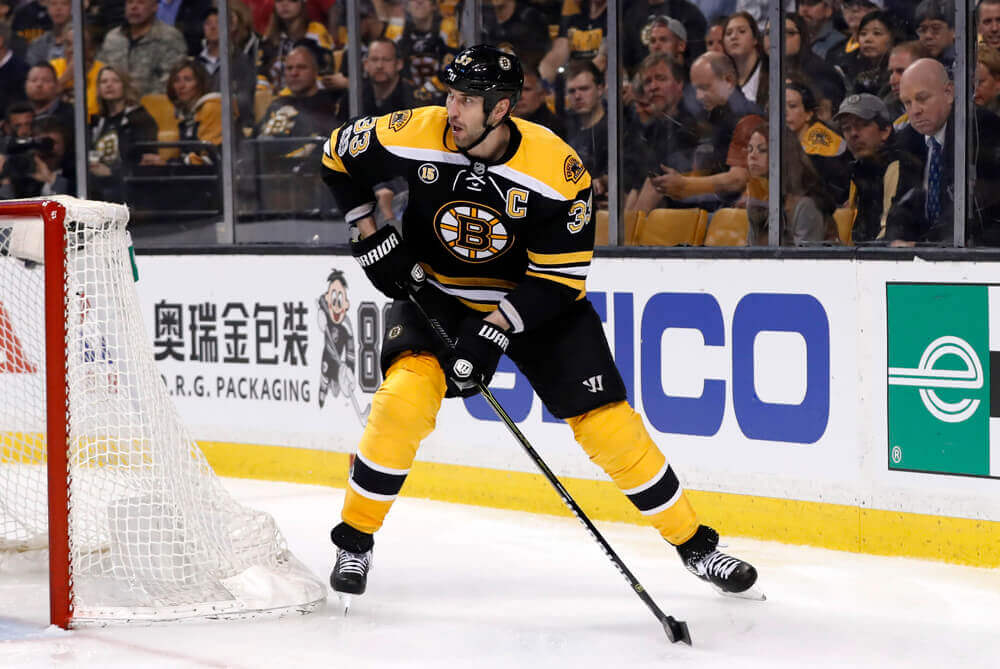 During the course of the new contract, Chara would enter into his prime. In 398 games over the five seasons, Zdeno would accumulate 68-164-232 totals along with a +68 rating. Big Zee would earn his way into four consecutive All-Star Games, from 2006 to 2011. Chara would also appear in the 2012 NHL All-Star Game, making it five straight years.

In the 2008-09 campaign, Zdeno Chara would be awarded the James Norris Memorial Trophy, an award that honors the best defenseman in the National Hockey League over the course of the season. Chara beat out Mike Green and Nicklas Lidstrom for the award, ending Lidstrom’s streak of three consecutive James Norris Trophies.

Even with all the point totals and accolades, the highlight of Zdeno Chara’s five-year contract and most likely his career was lifting the Stanley Cup above his head on June 15th in Vancouver, Canada – ending the 39-year Cup-less drought in Boston.

During the historic Stanley Cup win, Chara accumulated nine points in the 24 games but was also a +16 rating throughout all four rounds – the best in the entire postseason for any player.

It was an impressive run for Chara, considering he started the contract at age 34. At 36-years of age, Chara would still be at prime form, finishing second in the James Norris Trophy race, losing the award to Blackhawks’ defenseman Duncan Keith.

Although he would fail to surpass his career total in points for a single season (52 set in the 2011-2012 season), Chara would consistently produce 20+ points, with only one exception in the 2012-13 lockout season where he scored nineteen points in the full 48 games.

As the 2017-18 season began, many thoughts surfaced, wondering if Zdeno Chara will hang up the skates at the end of the season. However, that would not be the case. This past March, on the 28th, Chara would re-sign with the Black and Gold to a one-year deal, with a cap hit of $5 million. Along with the $5 million of guaranteed salary, Chara also agreed to $1.75 million in performance bonuses.

BREAKING: Bruins sign Chara to one-year contract extension. Base: $5m. And another $1.75M in performance incentives. Could have used Big Z Tues night to settle down pesky jets. 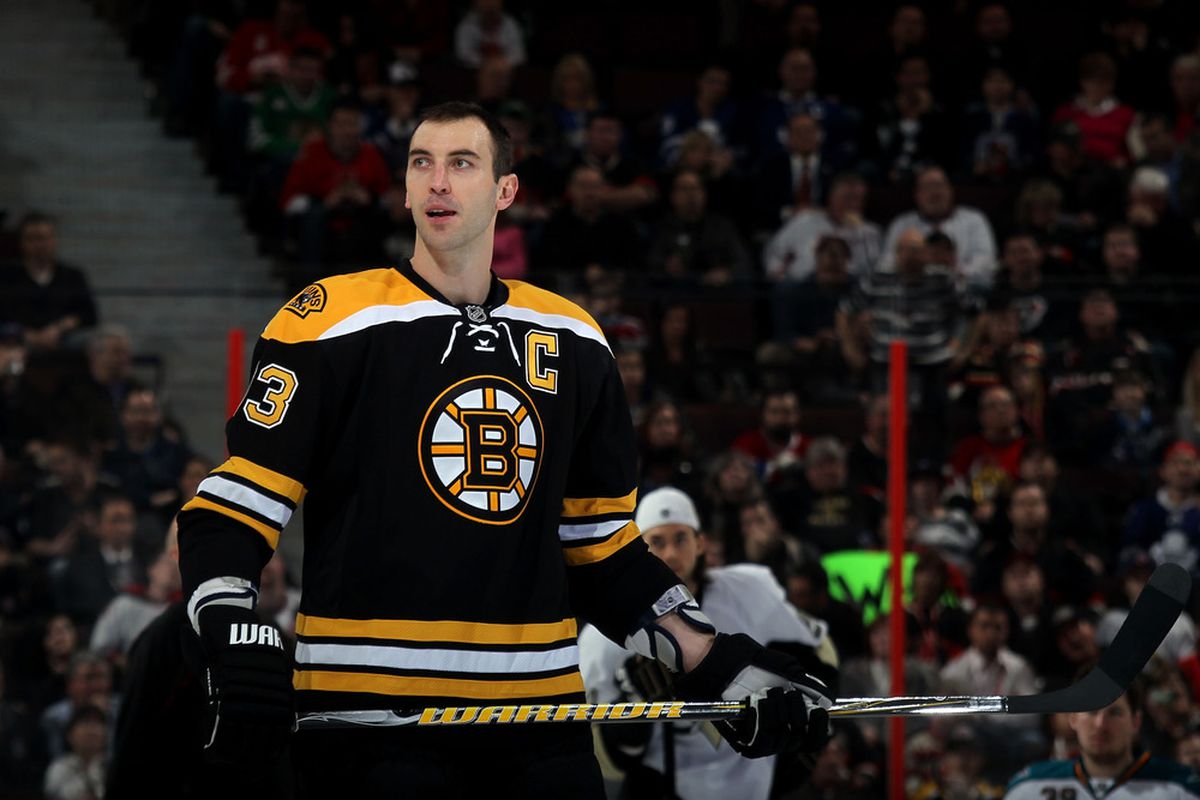 Zdeno has represented his home country of Slovakia in three different Olympic Games (2006, 2010, 2014), scoring six points in 17 games. Most recently, Chara scored two goals in six games during the 2016 World Cup of Hockey for Team Europe, assisting his team to a second-place finish in the tournament, losing to Team Canada in the final game.

The current longest-tenured captain in the National Hockey League, Chara has proven that his size, skill, and valuable leadership can carry a team to success when it matters most. So, this begs the question, will Zdeno Chara continue to get better with age? Will he begin to fall off at the age of 41? Will he return for another year after the 2018-19 season? Only time can answer those questions. One thing is for sure though, Zdeno Chara is a legend and will always be a Boston Bruin.