At this point, we have reviewed the starting lineup from the Bruins last game against Tampa Bay and the situation on defense. Now let’s take a deeper look at the others who helped this team on the offensive end during this past season. With a lot of young, talented players and some seasoned veterans lets see who else might have skated their last game in the coveted black and gold sweater.

(Anders Bjork scores during the preseason game on September 25, 2017, while skating on the RW of Bergeron line)

Coming out of camp, Bjork had secured his spot on the left side of David Krejci on the second line. Although he put up only 12 points during his 30 games, he showed great chemistry with David Krejci and Ryan Spooner. After four shifts on the ice in a game against Anaheim, Bjork wouldn’t skate again during the 2017 season. This allowed for fellow rookie Jake Debrusk to de-thrown his fellow 21-year-old for the top six forward spot. So what does Sweeney do with Bjork now? With his contract going through the 2019-2020 season, Bjork will certainly have another opportunity next season to get his spot back on the second line, but with how well Debrusk played that might be a tough task.

During the preseason this past pre-season, he did spend some time on the right side of Patrice Bergeron (see video above) and it seemed to go well. I would see how he can adapt to playing on the right side once more and see if you can find some chemistry with him, Krejci, and Debrusk. Doing so will increase the competition for that spot which will help all the younger players with their development and you could see a better player slot into another line because of the competition. Right now, Bjork has proven he can be on this team and play well, therefore with the pending possible departures moving the 2014 draft pick isn’t the wisest of decisions at this time.

With only 10 games played this past season and a total of 59 in his NHL career, Austin Czarnik should not be with the Bruins for this upcoming season. The 25-year-old who was signed as an unrestricted free agent back in 2015 has had a number of opportunities to be able to break through at the NHL level and hasn’t quite done so. He has shown some upside, but right now there are other younger players who this team can continue to groom to take on more ice time. With guys like Ryan Donato, Jakob Forsbacca-Karlsson, Anders Bjork, and Jake Debrusk all about to be battling it out for starting positions, I wouldn’t expect Czarnik to beat any of those guys out for a starting role. With his contract coming to an end and unrestricted free agency on his horizon, Austin Czarnik will find himself wearing a different sweater than an 8-spoked letter for next season despite the promise he has shown during his brief ice time. 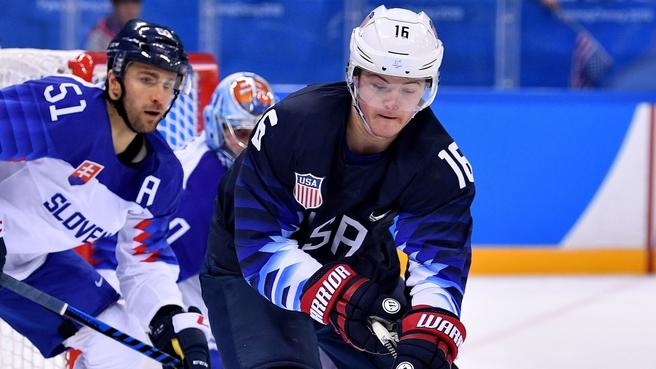 Ryan Donato found himself having a whirlwind season that saw him going from college star to Olympic phenom, to NHL rookie in the span of just a couple of months. With all the different trade rumors flying around because of the draft, I have to say that I am very happy that Donato’s name hasn’t been mentioned, yet. Having posted 43 points in 29 games during his final season at Harvard, 6 points in 5 Olympic games, and 9 points in 12 NHL games, Ryan Donato should not be going anywhere. Clearly, he loves to shoot the puck, and he is very capable of putting it on goal in a place the goaltender can’t stop it. Unless an elite, franchise-altering talent is being discussed Ryan Donato’s name needs to stay away from any and ALL trade discussions. Honestly, even with some of the biggest names that have been mentioned on the trade market – Erik Karlsson, P.K. Subban, or Oliver Ekman-Larsson – I’m not even sure that I would do a deal that needed to include the 22-year-old forward.

As a natural goal scorer, I would bring Donato into next season and give him every opportunity to win a spot playing on the right side of David Krejci. This is the position he was put in last season, so let’s see if he can win the job from some of the others in the system and keep it. I wouldn’t mind seeing him try to take over that third line center position, but I feel like his scoring touch can and will be more effective if paired with a centerman who can set him up for more goals. 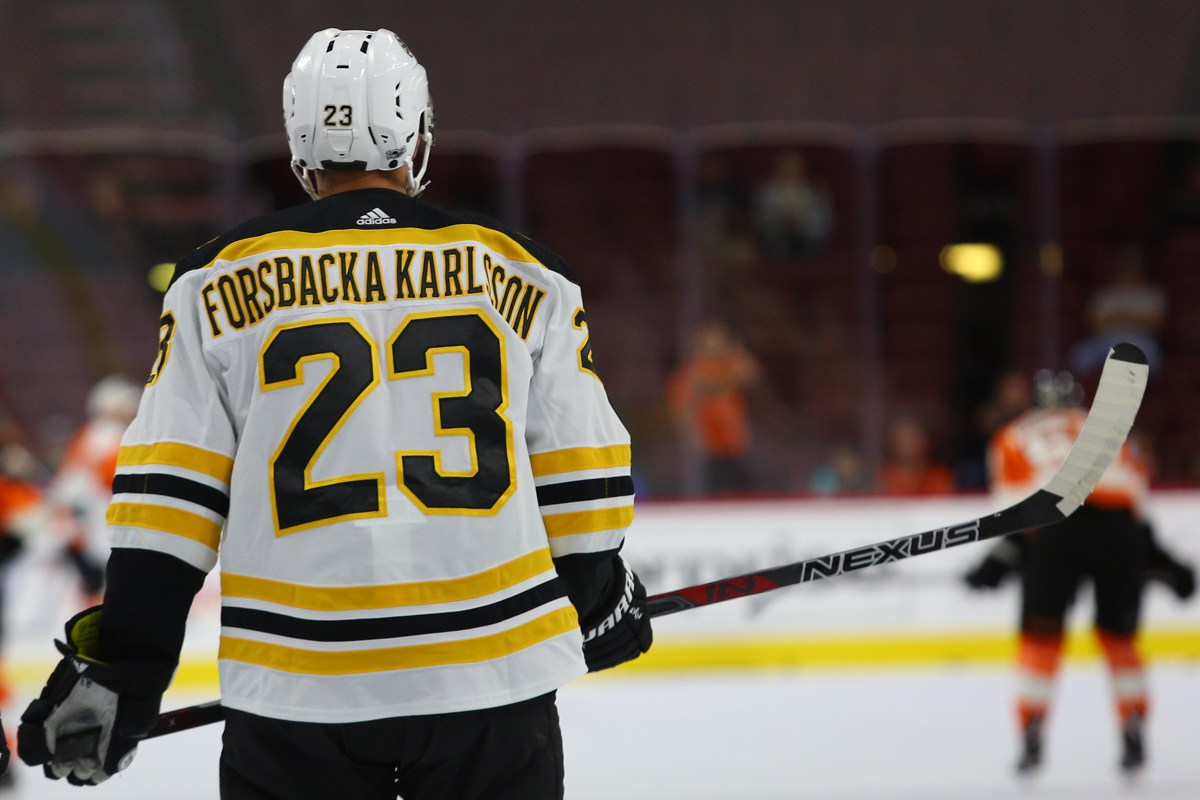 Often discussed as the favorite to win the third line center role going into next season, Jakob Forsbacca-Karlsson is high on a lot of people’s lists simply because the organization burned a year of his ELC back in 2016-2017 late in the season. After all, why burn an entire year of a player’s ELC to get him in ONE game if he wasn’t ready or thought to be close to being NHL ready? Having lost the role to Riley Nash this past season, he should be given a chance to compete for it again, but he is really going to have to impress if he wants to continue to stick around.

His youth and potential make him a solid prospect to include in a deal if you are looking to shed some cap money with a higher paid veteran, however, I wouldn’t hurry to dish him off either. Having received comparisons to a young Patrice Bergeron, the 21-year-old didn’t crack into the lineup this past season. His one NHL game wasn’t a Seguin-esq breakout game, but he also didn’t make any costly mistakes either. Right now isn’t the time to give up on him. He should be brought into preseason next season and be made to compete for more NHL minutes with the other youngster on this roster.

The 39-year-old Gionta was brought in after his run in the Olympics because Sweeney wanted to add some veteran depth for what was poised to be a deep playoff run. Costing only $700,000 Giota only contributed 7 points while playing in only 20 games for Cassidy’s squad. He was quickly surpassed by the faster youngsters and saw himself off the game day roster too much. I wouldn’t be surprised if he decides in the offseason that this was his last go around, but whether he decides to retire or not he will not be back in Boston next season.

Acquired from Chicago for a 5th-round draft pick, Wingels was brought in as an additional veteran, like Gionta, to provide depth that Cassidy could plug into the lineup and know what he would be would be getting. He too had a very minor cap hit of only $750,000, but the draft pick will be upgraded to a 4th-round selection because the Bruins made it to the second round of the playoffs. Playing in a total of 18 games for the Bruins, and averaging just under 12 minutes of ice time per game, Wingels will and should not be returning to Boston next season as a member of the Bruins.

The young players of Donato, Forsbacca-Karlsson, and Bjork all still have something to prove. They should all be brought back for the start of next season and all should be able to compete for the open spots in the starting lineup. Gionta and Wingels will be allowed to walk simply because they aren’t able to bring enough to the table. Czarnik will not be coming back either and between those three, Sweeney will be able to free up a total of $2.125 million of cap space. This doesn’t sound like a lot, but it could be the space they need to be able to get a solid backup goaltender, depending on the other moves they make – which I don’t think there will be too many.