Former Boston Bruin Daniel Paille is likely going to hang up his skates following a nasty blindsided hit to the head he suffered early last November while playing for the SHL’s Brynäs IF Club. Paille had suffered previous head injuries during his career in the NHL with the Bruins, but none of this magnitude. Here’s the hit he took which looks all too familiar to Bruins fans:

It’s tough to watch anyone suffer such a vicious hit and the aftermath has proven fatal to the 2011 Stanley Cup Champion’s hockey career. He has not played since the incident, an absence from the ice of about 7 months. As of earlier this week it was revealed that Paille suffered a severe brain injury as a result of the blindside hit.

The offender, German Thomas Larkin was handed a fairly light punishment which Paille responded to, saying, “It is obvious that players’ safety and the integrity of sports are not something they prioritize. I want this player to be held liable and punished for his actions.” Words such as these coming from a former player, especially one with a significant history of head injuries, are very heavy. Players must be better protected from dangerous hits such as this one across all levels and leagues of hockey.

It is a shame to see a beloved former Bruin’s career end in such a painful and violent way, but Paille will always be known as one-third of “The Merlot Line,” with the other two being Gregory Campbell and Shawn Thornton. He played the game with consistent high intensity and energy, which quickly endeared him in the hearts of Boston’s craziest fans. Nobody will be quick to forget Paille’s contributions from the 2009-2010 season up through 2014-2015, especially his incredible skating and sneaky goal-scoring ability. Least forgettable is his strong work ethic, willingness to block shots and take a hit during the 2011 playoff run which saw the Bruins bring home the Stanley Cup for the first time in 39 years. 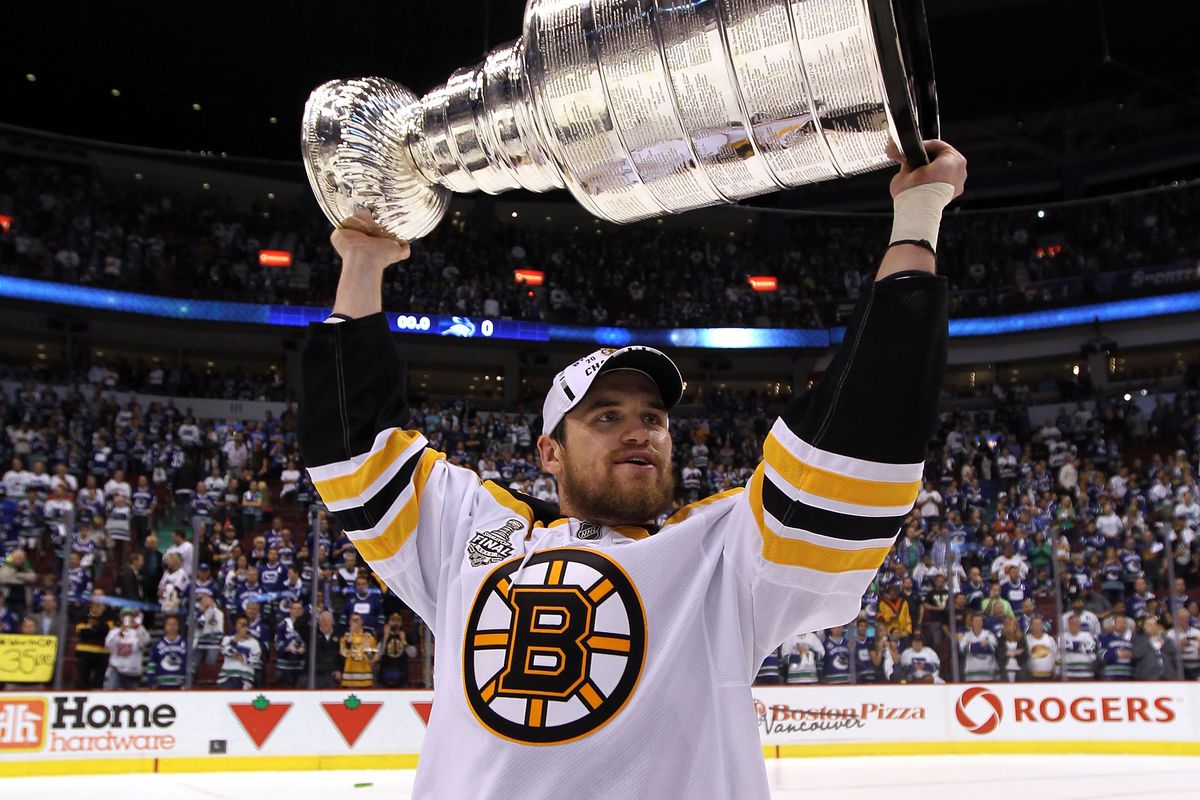 Paille totaled 50 goals and 45 assists for 95 points in 365 games with the Bruins. He was a monster on the penalty kill, using his speed and skating ability to outrun his opponents and score a total of 8 short-handed goals during his Bruins career. Paille was never a guy to be flashy, or show up on the highlight reels and the stats sheets, but without his contributions, things could’ve gone quite different for the boys in the Spoked-B.

Here’s a clip of one of Paille’s most memorable and significant moments as a Bruin, scoring the game-winning goal in double-overtime in game 2 of the 2013 Stanley Cup Final against the Chicago Blackhawks:

The hope is that Paille can return to the ice one day, in some capacity, and most importantly that he fully recovers from this scary injury.

He may not be on the ice anymore, but his name will forever be engraved on the Stanley Cup.

Once a Bruin, always a Bruin. Get well soon, Danny.