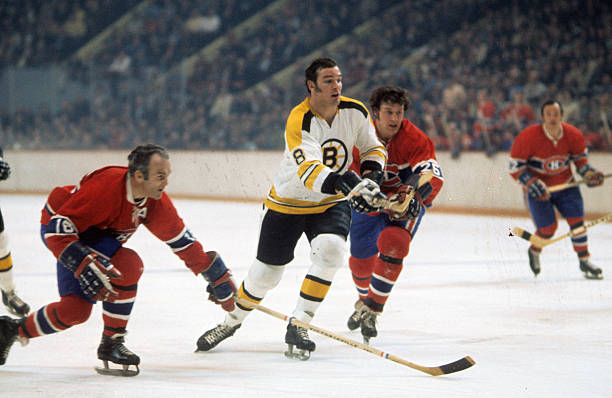 On this day in Boston Bruins history, we celebrate the birthday of Garden Legend and former 50 goal scorer Ken Hodge. Born in Birmingham, England on June 25, 1944. Hodge got his start in the NHL with the Chicago Black Hawks after posting 127-137-264 numbers in the Ontario Hockey Association with the St. Catherines Black Hawks in 192 career games. His first three seasons in the National Hockey League were a slow adjustment period but changed that for the better when he joined the Bruins organization via trade that sent himself, Phil Esposito and Fred Stanfield to Beantown before the 1967-68 season began.

The 6′-2″ 214-pound right winger would make an immediate impact after his welcome to the Bruins organization, orchestrated by the superior knowledge of bench boss and longtime B’s General Manager Harry Sinden. Hodge would post 25-31-56 numbers in his first year with the Black and Gold that would set the tone for a stellar hockey career in Boston which landed him two Stanley Cups, and 289-385-674 numbers in 652 career games with the B’s.  After nine seasons with the Bruins which ended on a sour note with many appearances in Head Coach Don Cherry’s doghouse, he was traded to the New York Rangers in May of 1976. He would play two more seasons in the NHL before hanging up the skates after trying to salvage his hockey career in the American Hockey League with the New Haven Nighthawks in 1977-78 and the Binghamton Dusters in 1979-80.

Happy 74th Birthday To Ken Hodge Sr. and Thanks For The Memories! 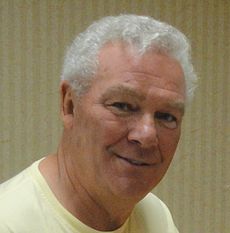