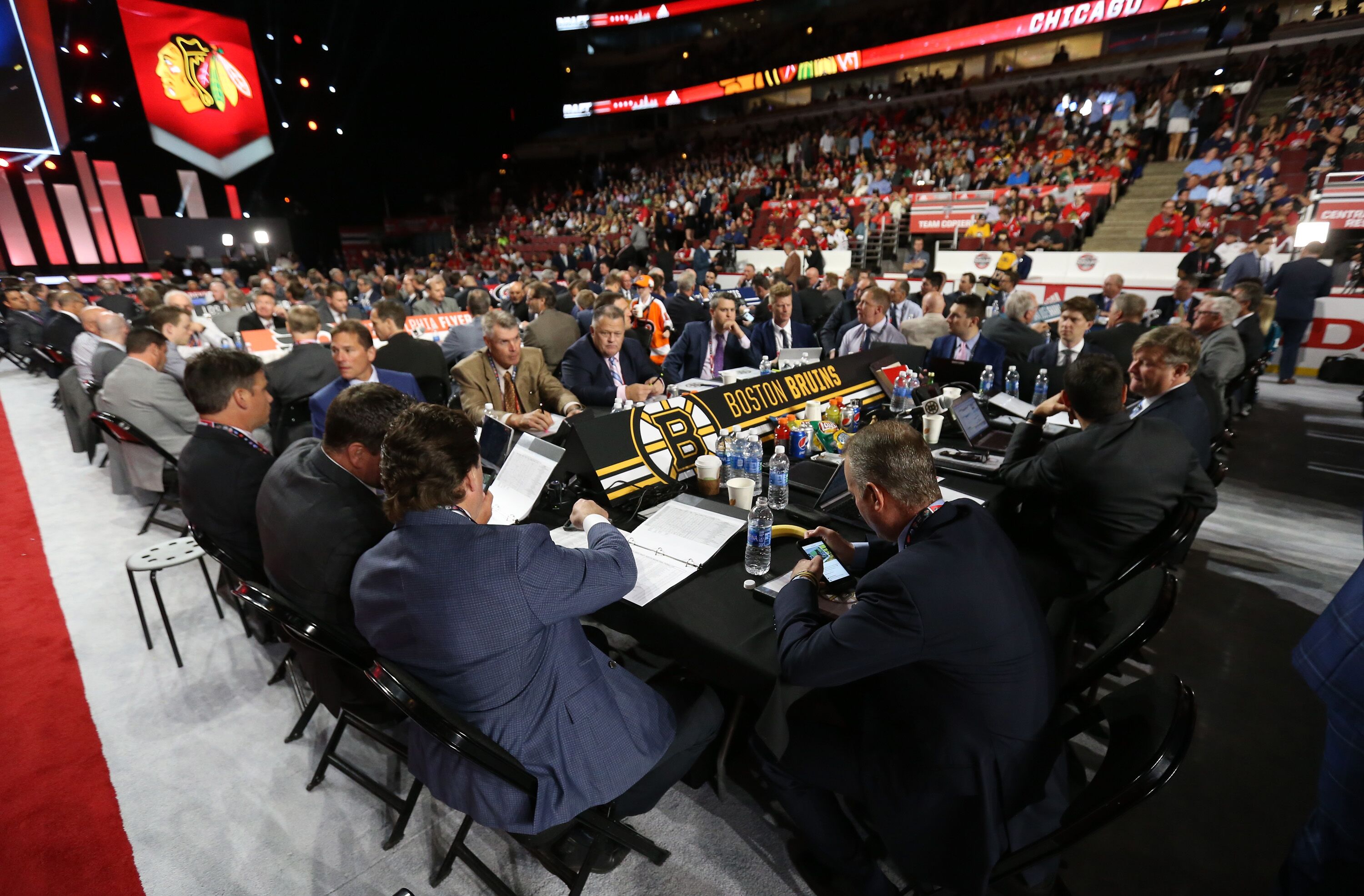 What do the coaches and scouts of the NHL Bruins and Julius Caesar have in common? Well, besides having an affinity for all things black and gold, they are both believers in an old Roman proverb:

Thanks to the four years of high school Latin I took while back in the Berkshires of Western, Massachusetts (I knew it would finally pay off!), I can tell you what it means:

“Experience is the best teacher.”

And you’d be hard-pressed to find a more accessible, capable and successful organization, as of late, which brings that experience behind the bench–and behind the scenes–than in Boston. From the coaching staff to the professional and amateur scouting departments, the Bruins organization is filled with the ideal mix of resumes all with the right amount of know-how when it comes to selecting, developing and ultimately pushing young talent to the tops of their game.

Just in the past two years, we’ve seen it happen with the likes of Brandon Carlo, Charlie McAvoy, Jake DeBrusk and Ryan Donato, to name but a few of the up-and-coming B’s players that could easily wind up future all-stars and/or impact players.  And there’s no reason right now to think that won’t happen with players like Danton Heinen and Anders Bjork (ready for NHL play) or Zach Senyshyn, Trent Frederic, Urho Vaakanainen or Jack Studnicka (on the cusp of NHL play).  And the big reason why all of the above has been possible is because of the names listed below:

If you want Experience with a capital “E” then there’s no better man on the B’s to look at. Sure, tons of writers and bloggers and beat reporters have profiled Coach Cassidy before (so I won’t do that again here), but here’s an impressive reminder of why “Butch” has one of the best working-with-young-guys track records in the game (and winning records–68-28-13 to start his regular season Bruins bench boss career) AND what each of these bullet points means for developing the Sundance Kids.

All of this is in addition to his time as an assistant and later head coach in Providence and then assistant under he-who-must-not-be-named in Boston.  In short, Butch Cassidy has exactly the right amount of experience to lead the Sundance Kids currently on his roster, and the ones pushing to be on it soon, for the foreseeable future. With a talented communicator, teacher and mentor like this behind the B’s bench, sometimes a big trade isn’t necessary as @bruinswriter12 Max Mainville recently BlackNGold Hockey blogged about!

BOSTON, MA – APRIL 4: Head Coach Bruce Cassidy and Assistant Coach Jay Pandolfo of the Boston Bruins shake hands after clinching a play off spot against the Tampa Bay Lightning at the TD Garden on April 4, 2017 in Boston, Massachusetts. (Photo by Steve Babineau/NHLI via Getty Images)

You can add three more former pro players and coaches to the “Experience” list now with Kevin Dean (top left), Joe Sacco (bottom left) and Jay Pandolfo (shaking hands with Cassidy) returning to the B’s bench for the upcoming season.  And all from varying backgrounds with the ideal combination of leadership, wherewithal and hockey sense.

Perhaps my favorite of all the Bruins coaches, especially after the above went down, Bob Essensa has been with the team since 2003, working closely with all the B’s netminders — from starters to backups to prospects — both in The Hub and down in Providence. He played for a dozen seasons in the NHL before becoming a full-time coach, but it was his unprecedented junior & collegiate success in Canada and at Michigan State University where he made a name for himself between the pipes. In particular, Essensa was coached by the legendary Ron Mason of MSU and CCHA lore (Central Collegiate Hockey Association) and learned a lot from one of the greatest hockey coaching minds in the game (Pierre McGuire concurs–just hit play below).

The Bruins were smart to recognize all of this when they brought Essensa on 15 years ago and many of the B’s best goaltending prospects and players have greatly benefited from it no matter where their careers went (Andrew Raycroft & Manny Fernandez = thumbs down, Tim Thomas & Tuukka Rask = thumbs up).  This is very exciting news for aspiring Number 1 B’s netminder Dan “Darth” Vladar, as @markallred27 our Editor-In-Chief pointed out in a recent blog post!

Anybody who appreciated Jamie Langenbrunner as a player, and as a Devil, would never have their expectations bedeviled in his current capacity. Langenbrunner is now in his fourth season as the B’s Director of Player Development, working extensively on exactly what his job title suggests: the successful development — both as players and smart hockey gentlemen — of the Bruins prospects.

Candid, yet cautious, optimistic yet realistic, Langenbrunner’s personality is exactly what the current core of Bruins up-and-comers need.  And the fact he’s consistently on-the-ice pushing them, as well as in the front office pushing his friends in management, goes to show you he wields influence, admiration and respect similar to the way he did as a player — a player with his name engraved on the Stanley Cup twice! Solid motivation for the young guys to see and be around.

I’ve always thought it sport savvy for any organization to utilize former players as scouts.  They have a feel for the team and management, they appreciate the passion and drive of the fans, they know the ins-and-outs of the city and playing environment, and they can speak genuinely about their time on and off the ice.  The Bruins have the made the most of these connections since hiring PJ Axelsson, Matt Lindblad and Dean Malkoc as scouts after all of them spent time wearing the coveted Black ‘N Gold.  Here’s why they’ve made an impact, and continue to make one, on some of the B’s best and brightest:

If an organization decides your expertise, wisdom, hard work and most importantly, Experience, are worthy of having your name etched onto the Stanley Cup as a Scout, then you know you’re good at your job and doing things the right way.  That can definitely be said for Sven Svensson, Mike McGraw and Tom McVie — all long-time Bruins scouting experts and team ambassadors who’ve helped the franchise stay relevant, entertaining and competitive for the last 30 years (give or take a few forgettable campaigns — I’m talking about you, 1996-1997).

It’s obvious the Bruins have stocked their system with talent in more ways than one, as evidenced by the aforementioned roster of coaches, scouts and player personnel who bring the Experience factor to the game the same way this current group of young players will bring the Excitement factor.