Max Pacioretty: A Fit For The Boston Bruins? 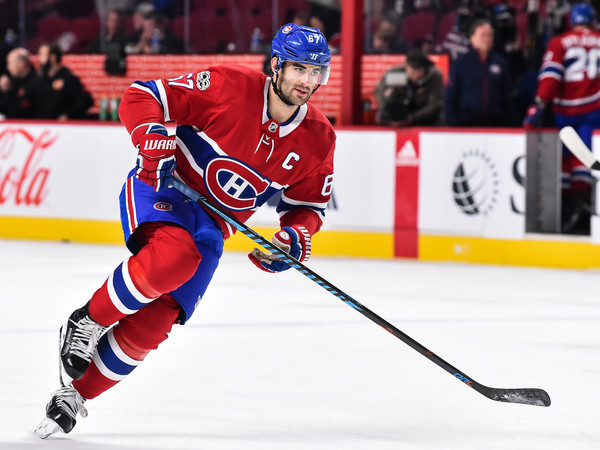 It’s the middle of free agency frenzy, and once again the Boston Bruins are in the thick of it.  Every once in a while, a respected foe (or bitter rival depending on your mood) ends up in the trade rumor mill. This time around it is Montreal Canadiens forward Max Pacioretty, who just found out the bleu, blanc, et rouge want to move him out of the Bell Centre as fast as humanly possible.

The 29-year Pacioretty is a 10-year NHL veteran. He’s spent his entire career in Montreal where he has stitched his name into the ancient rivalry between the Habs and the Boston Bruins. He’s certainly received his own fair share of stitches after numerous run-ins with various members of the Black and Gold.

Pacioretty became one of those players that Bruins fans could either respect or loathe, and his antics (especially as their captain) certainly made B’s/Habs tickets a coveted item these last few years.

It’s been a troubling time for both Pacioretty and the Montreal franchise. Pacioretty had a rough go of it last season.  He put up just 37 points (17 goals) in 64 games for the Habs last season.  That was a severe fall off from his last four seasons, where he tallied at least 30 goals.  The Montreal captain missed the last 18 games of the 2017-18 season with a sprained MCL.

Over the years, the Habs often had the better of the B’s.  But not last year. The Canadiens were a mess last season. The Habs finished 28th in the overall NHL standings with an abysmal 29-40-13 record. There wasn’t much to cheer about at the Bell Centre as Montreal finished 29th in offense and 25th in defense. The Black and Gold ran over the Canadiens all last year sweeping the Habs for the first time in over 20 years.

So, can the Bruins make a move for Pacioretty?

Pacioretty is only 29. He’s still young enough to be a force in the NHL. He’s a solid playmaker who could easily find himself a spot in the top or middle six in Boston. (He’s also from Connecticut, so there is that ‘local gritty guy’ argument that keeps popping up with New England players.)

Pacioretty can’t be blamed for the Canadiens’ troubles last season. The Habs had a weakened blue line.  The team didn’t seem to click like it used to. They had traded away several marquee players, and Carey Price’s rough year certainly reflected in the Canadiens ugly spot in the rankings.

With all that Pacioretty brings to the table, could the Black and Gold find a way to bring the Habs outgoing captain to Boston?

It’s highly unlikely. The Canadiens and the Bruins organizations rarely make deals with each other. The last thing the Habs are going to do is give their former captain to their most hated rival.

There is also the youth movement that is going on at the TD Garden right now. Signing Pacioretty would move a lot of people around, and that would hurt the development of players who the B’s are trying to get on the ice.

The B’s are also pushing the edge of their salary cap. The Black and Gold have just under $3 million left at the moment. There is no way the B’s can shoehorn in Pacioretty without having to make moves that Bruins general manager Don Sweeney would object to.

Had the Habs made this announcement a few days earlier, the Bruins might have actually given him a serious look. Once again, the Habs seem to have made a bad move at a bad time, and will likely suffer for the mistake.  It’s almost sad enough to make a Bruins fan not chuckle at their misfortune.