Boston Bruins: The Pros & Cons Of An Artemi Panarin Trade

Oh, the offseason. The best time of the year for all of the craziest rumors, trade ideas, and organizational moves as the teams prepare for the upcoming season. With the Boston Bruins, the 2018 NHL Offseason has been filled with rumors from all over the place. From signing big name players such as Ilya Kovalchuk or John Tavares to the more-recent idea of trading for Columbus Blue Jackets forward, Artemi Panarin.

Often, the speculation for certain moves come without any deep thought, as although the player supposedly coming to the roster would bring some amazing talent and would make the team better on paper, there are usually some negative pieces that have to be recognized before that trade. The trade for Artemi Panarin would be no different. 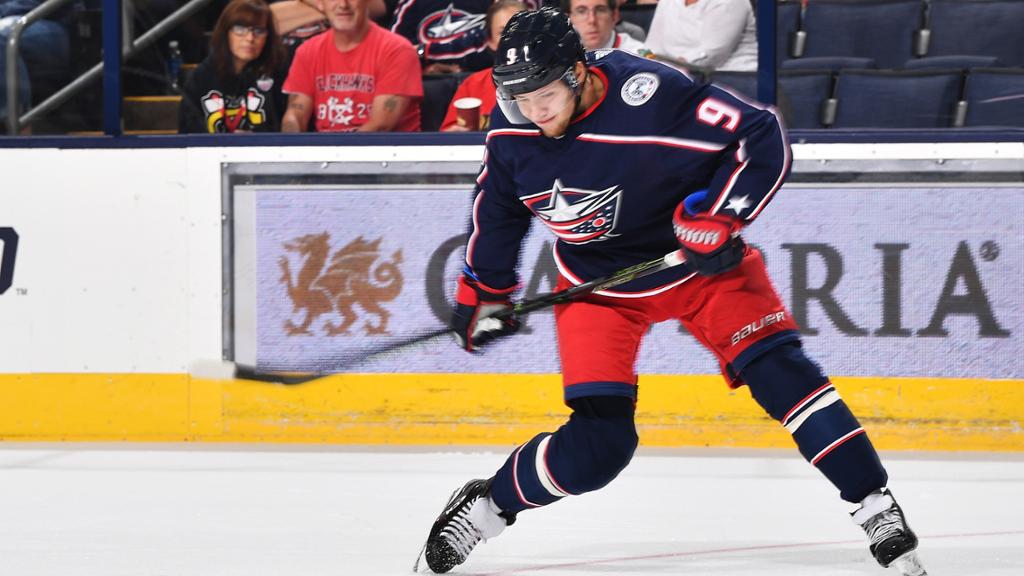 Since joining the league three years ago in the 2015-16 season, Panarin has hit the seventy-point mark in every single season, reaching 77, 74, and a career-high of 82 during last season.

The Chicago Blackhawks signed the Russian forward to a two-year contract back in May of 2015 after he posted 26-36-62 numbers in fifty-four regular season games with the SKA St. Petersburg in the KHL. Panarin clicked with fellow Blackhawks star Patrick Kane, a large contributor to the 30-47-77 totals he posted in his debut year. The outstanding year also led to him winning the 2015-2016 Calder Memorial Trophy as the league’s best player in their rookie season.

Panarin would continue the success he had from the incredible rookie season to produce another 31 goals and 74 points in 82 games with the Hawks, guaranteeing a pay raise from his contract that earned him $7 million over the two seasons, ($5.375 million in performance bonuses). In December of ’16, Chicago rewarded Artemi with another two-year deal with an AAV of $6 million.

Without Patrick Kane and the rest of the scoring players on the Blackhawks, Panarin was able to strive in his first year with the Blue Jackets, leading the team in goals, assists, and points with eighty-two in 81 games as well as a career-high +23 rating. The goal scoring for Panarin would be undeniable and would be a great addition to the Bruins roster.

With one year left on that two-year deal he signed back in December of 2016, Panarin will most likely demand more than the $6 million annual salary (8.22% cap hit) that he is currently receiving with the Blue Jackets. Panarin has been the league’s best scoring players, and with his young age of twenty-six, it makes for the perfect recipe for a new, larger deal.

There is also the uncertainty of whether or not he will even re-sign with the Bruins following a trade unless some sort of sign-and-trade scenario takes place between Boston and Columbus. For the Blue Jackets, it is in their best interest to keep Panarin for the long-term. However, there are reports that he does not wish to sign back with Columbus for a long-term deal because he does not enjoy living in Ohio and would prefer somewhere else.

An article on NHL.com on Friday, July 20th, states that Panarin has given a deadline to Columbus for a contract extension, September 13th, the day training camp begins for the club. Daniel Milstein, Panarin’s agent, said the following to The Athletic.

“Artemi loves hockey. He hates the business side of hockey. When the season starts, the focus can only be on playing. He’s going to play his best and give his best to the hockey club.”

The love for hockey overtakes a lot for Panarin, but his previous doubt for signing a long-term deal could bring along some worry if the Bruins do not have a guarantee of a contract around the seven or eight-year mark. The best possible scenario for the B’s here is to nail in a sign-and-trade with Columbus, making sure that Artemi is okay with joining Boston for an extended amount of time.

There is no question – the Boston Bruins have been moving more towards a younger, faster lineup over the past few years and Artemi Panarin would fit right into that new system.

At only 26-years-old, Panarin is one of the youngest players to consistently produce the numbers he has so far in his career, something to be recognized in this new league that allows the youth to strive. After he was sent to the Jackets via trade, the doubts began to fill his name, due to the connection with Patrick Kane. However, as previously stated, he would prove the doubters wrong with an 82-point campaign with Columbus.

It seems that Panarin continues to get better as his NHL career progresses and if he can join a team that he is willing to play long-term with, he can be a franchise player. Now, the Bruins happen to have another superstar on the left-wing, Brad Marchand.

While it looks like Marchand is getting better with age, at the ripe age of thirty, there is no certainty that Marchand can keep up his production for the next eight years. At the same time, Marchand has had possibly one too many warnings when it comes to his questionable behavior, and if he is forced to change his act, there is a chance that his production levels could decrease for the future.

With all of the points that have been covered in this article thus far, the biggest negative to a possible Panarin trade would the pieces shipped out of Boston. Clearly, no insider or hockey analyst has any scoop on players/draft picks that Columbus would receive in a trade with the Bruins, at least not any that I know of as of July 21st.

In my opinion, the Boston Bruins would have to send away forward Jake DeBrusk at the very least. If the Blue Jackets are going to trade away Panarin, a 26-year-old, then they will most likely demand a young left-winger in return. Due to his breakout, (and rookie) season this past year where he put up 16-27-43 numbers in seventy games, Jake could peak the interest of another team, possibly Columbus if the trade is needed.

However, the chance that a one-for-one type of trade takes place in this scenario. The Blue Jackets could very well demand a future First-Round pick and either a defensive or an offensive prospect. When considering Panarin’s point-per-game season last year and DeBrusk’s average rookie campaign, Columbus would have to want more assets in return – especially if the deal includes a sign-and-trade type agreement.

Columbus already has a young defensive core with the likes of Seth Jones (23), Ryan Murray (24), Markus Nutivaara (24) and, Zach Werenski (21) already on their roster, but when taking a look further down in their system, their organization seems to lack defensive prospects. One could argue a defenseman like Jakub Zboril would be in the trade and even maybe a Zachary Senyshyn as well.

Hypothetically, here would be the vague idea of what Boston would be giving up in this deal.

Again, my idea for how the trade would look may have been inspired by my NHL 18 experience on the PlayStation. However, it is nearly certain that the Boston Bruins would need to sacrifice some big parts. If the two, three, four pieces leaving Boston equal improvement with the addition of Artemi Panarin, then it is the right idea, but there may be a thought of over-paying for some fans.

With that, the debate is open for discussion. Personally, I am a big fan of Jake DeBrusk, mainly due to personally meeting him at a Western Hockey League game in Saskatoon, Saskatchewan as well as his incredible eight points in twelve playoff games against Toronto and Tampa Bay. However, Artemi Panarin could very well be our John Tavares going forward and at a younger age. Sure, it is a big IF, but if the contract could be agreed upon for long-term and the Bruins do not overpay for the Russian, then I am all for it.

Follow me on Twitter (tkdmaxbjj) and tell me your thoughts and opinions on the possibility of trading for Artemi Panarin.