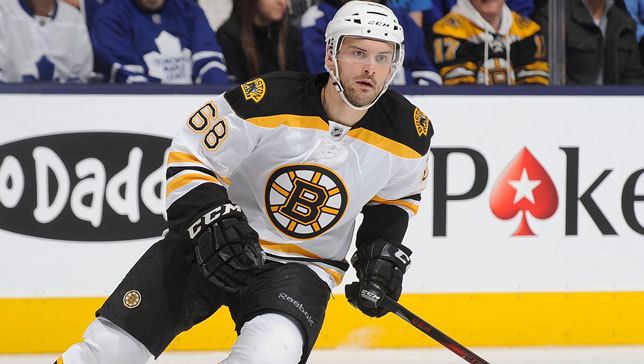 The Ontario Hockey Leagues Sault Ste. Marie Greyhounds announced today that the club has hired former Boston Bruins player Jamie Tardif as new Assistant coach.  Tardif hung up the skates after the 2017-18 campaign with the ECHL Quad City Mallards after spending the previous three seasons over in Europe playing in the German DEL league for the Mannheim Eagles. The 33-year-old Welland, Ontario, Canada native played nine of his twelve years of minor-pro hockey in North America and even had a cup of coffee in the National Hockey League.

The 6′-0″ 205-pound winger was originally selected by the Calgary Flames in the 2003 NHL Entry Draft after he finished playing in his second-year with the Peterborough Petes of the Ontario Hockey League. In 324 career games of Canadian Junior Hockey with the Petes, Jamie posted 155-136-291 numbers in five years of service before turning pro in the 2006-07 season. Playing a majority of his minor-pro hockey with the Detriot Red Wings organization’s Grand Rapids Griffins American Hockey League affiliate,  he posted 154 points in 316 games before leaving the Wings organization via free agency.

On July 5, 2011, the Boston Bruins came calling five days after the NHL’s Free Agent Frenzy began and agreed on a two-year, two-way contract. Spending his first season in the B’s organization with Providence he had 15-15-30 numbers but worked hard with current NHL Bruins bench boss Bruce Cassidy and coaching staff to produce a minor-pro career high in goals when he posted 30-15-45 numbers in 2012-13. In that same season, the then 28-year-old Tardif’s dream would come true when he was called up to the highest level in the world where he would make his first NHL appearance against his hometown Toronto Maple Leafs in February of 2013. Per Wikipedia, he was called up for the injured Brad Marchand.  In two career games in the NHL Jamie registered zero points. In 487 career games in the AHL, Tardif posted 142-125-267 numbers with 45-30-75 totals while playing for Providence.

Greyhounds General Manager Kyle Raftis had these words to say below in the official press release from the Sault Ste. Marie Greyhounds article on July 26, 2018, that can be seen HERE.

“We are very fortunate to add Jamie to our coaching staff” started Raftis.

“Jamie’s experience through his junior and pro career, along with his passion and approach to the game will be a great resource for both our players and staff. His ability to work on the fine details will only further our commitment to player development” he concluded.

Also, in the above-mentioned article, Tardif responded with his own words about his addition to the Greyhounds coaching staff.

“I am extremely honored and fortunate to have the opportunity to join a great organization.  I want to thank Tim Lukenda and Kyle Raftis for this great opportunity.  I look forward to working with John and Jordan and creating a great working relationship. My family and I are looking forward to becoming a part of a great community” stated Tardif.