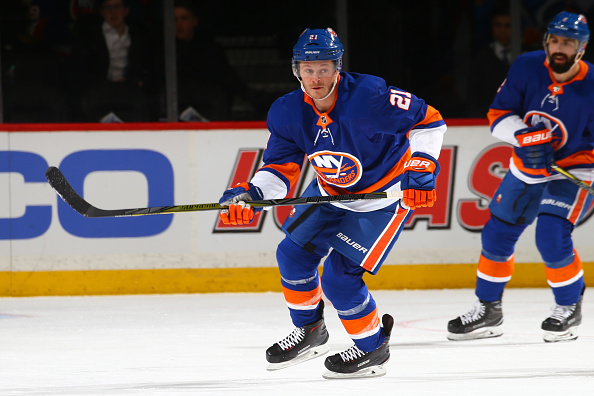 Reports out today say the Boston Bruins have signed free agent forward Chris Wagner to a two-year deal worth a reportedly $1.25 million per season.  The Walpole, Massachusetts native has spent a majority of his professional hockey career with the Anaheim Ducks organization bouncing between the National Hockey League club and their top minor-pro affiliates in the American Hockey League.

Chris Wagner deal with #NHLBruins is for $1.25 million per year for 2 years. A dozen teams, including NYI, were interested. Brings compete & bottom six versatility at center & wing. 3rd in NHL with 253 hits last season

Drafted by the Ducks in fifth-round of the 2010 NHL Entry Draft the 27-year-old right-shooting center has appeared in 174 career NHL games posting 17-12-29 numbers. The 6-‘0″ 198-pound heavy hitting forward was offensively skilled in his early development particularly in the Eastern Junior Hockey League with the South Shore Kings posting 34-49-83 numbers in the 2009-10 season before joining Colgate University where he contributed 26-44-70 totals in his two-year NCAA career. Wagners best season at the collegiate level was the 2011-12 year when he notched 51 points in 38 games.

Before entering the NHL Free Agent Frenzy as an unrestricted player, he spent a majority of the 2017-18 season with the Ducks before being shipped to the New York Islanders via trade for Jason Chimera in February of 2018. with the Islanders he posted  one goal in 15 games. Hard to tell so early in the Bruins offseason where General Manager Don Sweeney and Head CCoachBruce Cassidy see where he fits in the 2018-19 lineup when the puck drops in October but even though he plays the game with physicality, he plays the game right with not getting penalized often.