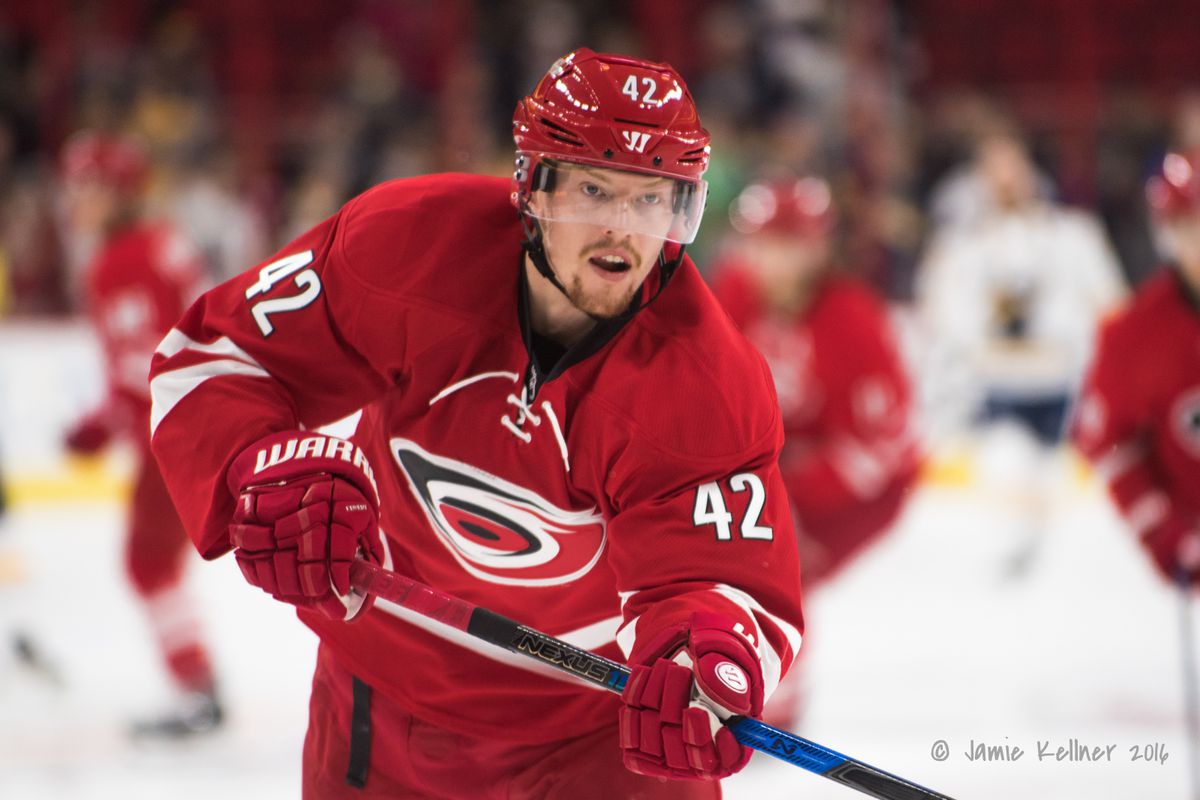 Remember when the Bruins took a chance on some guy from Carolina 2 years ago in free agency, and he turned into a 3rd Line Center of every B’s fan’s dreams? Joakim Nordstrom may not be Riley Nash, but apparently, the Bruins are comfortable using the Hurricanes’ bottom half of the roster as their depth farm system. The Bruins signed Nordstrom, 26, to a 2-year deal, with an average annual value of $1 million. In his 282 game NHL career, he has a total of 20 goals and 29 assists for 49 total points. That’s…less than ideal. Originally a 3rd Round selection by Chicago (90th Overall) in 2010, the Swede split time between the Blackhawks and their AHL affiliate, the Rockford IceHogs, for two seasons before landing in Carolina along with Kris Versteeg in a post-Stanley Cup salary dump deal. In 75 games this past year, he tallied 2 goals and 5 assists for 7 points.

This fits a mold the Bruins seem to like – a player who was previously considered a good prospect, who settled into a bottom 6 role and has the potential for decent offensive output. Unfortunately, he is a negative point-share player in his career, meaning he is scored on significantly more than he is able to generate offense. He averages more takeaways than giveaways, which indicates a respectable level of defensive competence. Unfortunately, that has to be contrasted with the fact that he averages a little under 3 goals against per hour when he is on the ice. That’s a rather high number.

I have to say, that based on this, I am very much not a fan. But, he does do things like this:

Along with the signing of Chris Wagner, who has been 2nd in the league in hits over the last year only to Matt Martin, it appears that Don Sweeney, Cam Neely, or some other “Hockey Man” in the front office has decided that the reason the Bruins were eliminated by the Lightning this year was a lack of “jam” or grittiness. Out-hitting an opponent is not the way of the NHL in 2018. It seems that message may have been missed at some point.
[youtube https://www.youtube.com/watch?v=iz8lJRM_efI&w=560&h=315]
Let’s just not do anything else like this, please.

It seems Boston could’ve very easily retained Tim Schaller and Anton Khudobin for similar prices, but chose to move on. Schaller was, I’m sure, a result of “not enough physicality” in the bottom 6. I can’t believe I have to make this argument AGAIN, but if you are relegating your bottom 6 to being physical, grinder-esque players, you are going to lose. It is not a proper maximization of a lineup to do so. And if you want those types of players, make sure they can do things OTHER than hit and be physical and tough to play against.