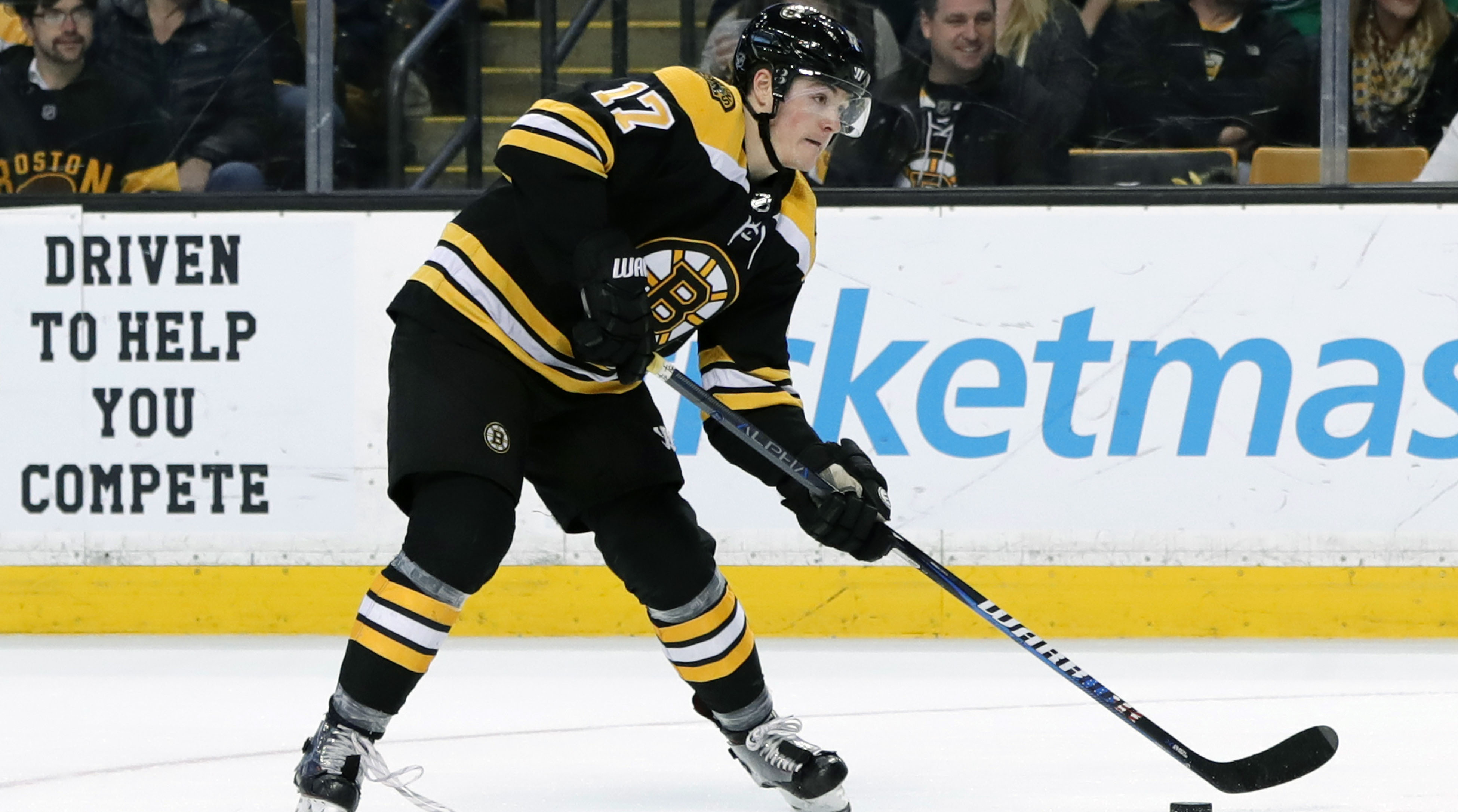 The Atlantic Division has seen some major moves and improvements so far this offseason. The Toronto Maple Leafs won the John Tavares sweepstakes and inked him to a 7-year contract, the Tampa Bay Lightning extended Ryan McDonagh for 7 years at just under $7 million a year. Rumors have been swirling in Tampa that Norris Trophy-winning defenseman Erik Karlsson could be headed there via blockbuster trade. The Buffalo Sabres drafted a generational talent on defense in Rasmus Dahlin with the 1st overall pick and brought back a significant return for center Ryan O’Reilly.

The top teams in the Atlantic are significantly improving their rosters, so where does that leave the boys in black and gold?

Exactly where they were in 2017-2018, finishing the regular season at or close to the top of what is now arguably the most competitive division in hockey. It looks to be a three-way battle for the top spot this coming season between the Bruins, Lightning, and Maple Leafs. Soon enough the Sabres will be nipping at those teams’ heels, and the pesky Florida Panthers can’t be forgotten after nearly missing the playoffs this past season.

The Bruins are right where they should be in the so-called arms race in the Atlantic Division. There isn’t and shouldn’t be a need to make a blockbuster trade or signing this offseason. Don Sweeney’s best option is to stand pat and stay the course of drafting and developing a strong crop of prospects that can quickly make the jump to being full-time NHLers. It’s proven to be successful so far, with the likes of Ryan Donato, Jake DeBrusk, Charlie McAvoy, and Danton Heinen making significant impacts at the NHL level this past season. We all remember the impact DeBrusk has made so far, but in case you need a reminder:

There’s more to come too, forward Jack Studnicka’s goal is to make the big club out of training camp, and the Bruins’ highest pick in 2017 at 18th overall, defenseman Urho Vaakanainen has looked strong and will be making his Providence Bruins debut this coming season. He’s not far from wearing the Spoked B on Garden ice.

Not everyone thinks of prospects when it comes to the offseason and the big moves that are made, but the young kids are on their way, and many have already arrived. They’ll be able to bring the competition to the other improved squads in the Atlantic Division this year and for many more years to come.

Prospects are all well and good, but what else have the Bruins done this offseason?

Quite a bit actually. Don Sweeney hasn’t made any blockbuster moves this offseason, but the moves he made have shown his belief in the course the team is currently on. The most significant acquisition was the signing of New Jersey Devils left-shot defenseman John Moore to a 5-year deal with an average annual value (AAV) of $2.75 million on the opening day of free agency. The 27-year-old stands at 6’3″ and 203 pounds. The Bruins have been searching for a left-shot defenseman recently, and they found their guy in Moore. In the last 2 seasons, he’s accumulated 19 goals total, scoring 12 in 2016-2017 and 7 this past season. It’s a bit early to judge the move just yet, but Moore looks to impress the Bruins faithful with his strong slapper from the point as seen below:

At the forward position, the Bruins picked up depth forwards Joakim Nordstrom formerly of the Carolina Hurricanes and Chris Wagner formerly of the New York Islanders. Both of these guys will be battling with many of the young guns for the final roster spots in the bottom 6 for opening night. The more competition, the better in this case. They’ll push both themselves and the other guys vying for those spots to bring their best game night-in and night-out. It’s doubtful that we’ll see consistent 3rd and 4th line combinations the first few weeks of the season. Here’s a quick look at what Wagner can bring to the table, somewhat reminiscent of former Bruin and 2011 Stanley Cup Champion Daniel Paille:

Lastly, the Bruins signed goaltender Jaroslav Halak, also out of Long Island to replace last year’s backup goalie, Anton Khudobin. Halak has faced his fair share of criticism over the years, partially due to being consistently put into a starter role behind a not-so-great defensive team. With much less responsibility placed on him in Boston while backing up elite goalie Tuukka Rask, his chance for success increases quite a bit.

The moral of the story of this offseason is that the Boston Bruins are not falling behind in the arms race that is the Atlantic Division. The combination of developing young players and prospects and the important (but not blockbuster) free agent signings this summer put the Bruins right where they should be, fighting for the top spot in the Atlantic Division.