Bruce Cassidy’s Effect On The Bruins 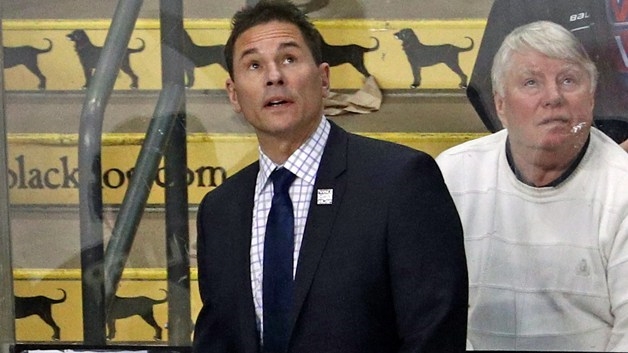 Two years ago, the Bruins organization was at a crossroads. During the 2016 season, longtime head coach Claude Julien was let go mid-season. At the time, the Bruins had a record of 26-23-6. They were not adapting to a changing league and not making much traction in the standings. They were a defensive, hard- checking team in a league that was getting faster. Bruce Cassidy took over for Julien, and the Bruins have looked like a different team under him. They are playing with a new edge, and unlike under Julien, the younger Bruins are excelling. The Bruins are once again one of the best teams in the league and next year should be no different.

Before being named the head coach of the Bruins, Cassidy was the head coach for the Providence Bruins from the 2010-11 American Hockey League season. He also had one head coaching stint for the Washington Capitals in the early 2000s that included a playoff appearance. In Boston, he has not looked like an inexperienced coach. Under Julien, younger players struggled as the veterans were favored. This was reflected in the departure of many young talented players including Phil Kessel, Dougie Hamilton, and Tyler Seguin.

These players didn’t necessarily perform poorly under Julien, but they also were not interested in staying in Boston long-term. Kessel and Seguin were both traded, but they didn’t leave on good terms. Under Julien, the Bruins struggled on the power play — a place where they have excelled in the past 2 years.

Julien’s tenure in Boston was far from a failure. He brought them to two Stanley Cup finals and won it all in 2011. He made the Bruins fun and competitive again after years of mediocrity. In Cassidy’s short tenure it is already looking he could have the same type of success. In Cassidy’s first full season the Bruins finished with 112 regular season points — a surprise to many. In a season in which the Bruins were still supposed to be rebuilding, they were one of the top teams in the league. There were many reasons for their success, but it all starts with Cassidy.

Under Cassidy, the Bruins have not been a defense-first team, but they have still been good defensively while adapting to the change of pace. Defensemen such as Charlie McAvoy and Matt Grzelcyk are aggressive with the puck and not just waiting back in the defensive end. They took on the personality of an underdog as they could never be counted out of a game last season. They played more aggressive than they ever had in years past. While this new style of play was a success, it also had its negatives.

🎥 Bruce Cassidy on building off the success of this season: "We have to put the work in this summer to prepare to be a playoff team again next year…then the idea is to go farther and learn from the experience this year." pic.twitter.com/V7l1E0JK5t

As a result of being more aggressive, there were more lapses in the defensive zone. This was partly due to the Bruins defensemen being young and still learning how to play at the NHL level. That will only improve this season as they get more experience. Over the next few seasons, many more Bruins prospects will make their debuts and go through similar growing pains. Having Cassidy as the head coach will be key to their development. If Cassidy can build off last season, then he will be around to see their debuts and help them develop at the NHL level. In year one he was very successful in that regard.

🎥 Bruce Cassidy goes 1-on-1 at the #NHLAwards to talk about his Jack Adams nomination, offseason planning, and some quality time with Bergy in Vegas: pic.twitter.com/l2ATL0x0qE

In Cassidy’s first full season he finished second in the Jack Adams voting — the award given to the best NHL coach. Cassidy did not finish in second by luck. Cassidy has gotten off to a good start in Boston and changed the culture in a positive way. That should only continue next season, and he may not be finishing second this time around.