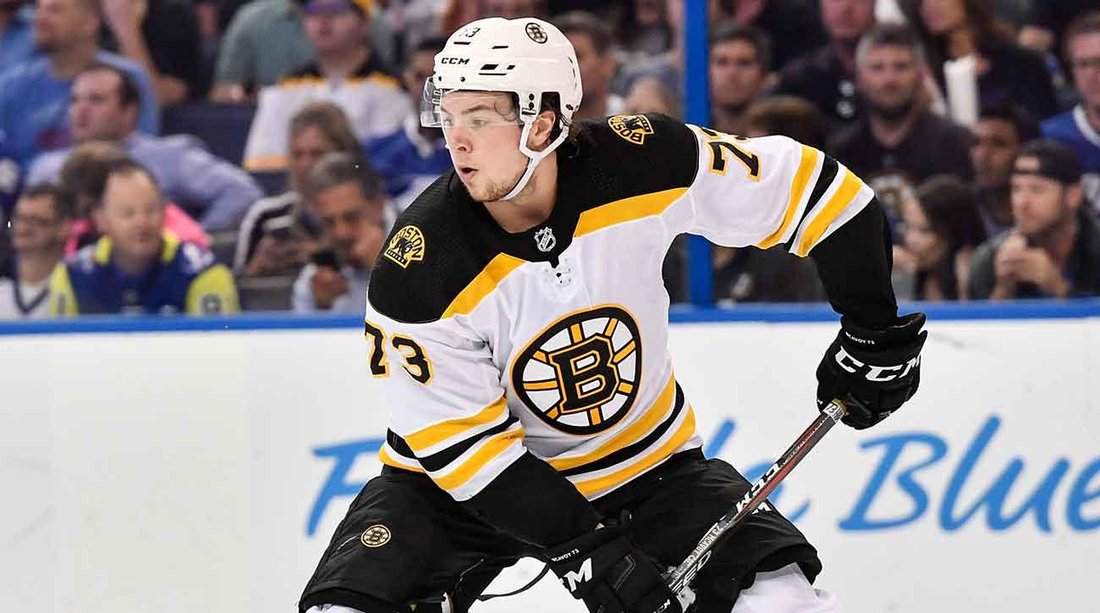 It could be a September to remember for the Boston Bruins — perhaps for all the wrong reasons. In addition to Rookie Camp and Training Camp, the Bruins will be making a trip to China for two exhibition games during the preseason. In total, the Bruins will play eight exhibition games, with the first coming September 15 in China against the Calgary Flames and concluding with a home game against the Philadelphia Flyers on September 29.

Unfortunately, it doesn’t stop there as the B’s will face the Washington Capitals and Buffalo Sabres on back-to-back nights to open the season. And finally, if that wasn’t enough, the Bruins will go on their annual Western Canada trip in just the third week of the season for games against Calgary, Vancouver, Edmonton, and Ottawa. It could be a trying first few weeks of the season for the boys in Black and Gold, but as we’ve seen in the past, this team can respond very well to adversity. Let’s take a look at some things to watch in those first few weeks.

The Bruins rookie camp will open on Wednesday, September 5 at Warrior Ice Arena, and they will send a team to compete in Buffalo for the annual rookie tournament that starts the next day. It is the fourth consecutive season the Bruins have participated in this tournament and the B’s will send a stacked roster that will include Anders Bjork, Ryan Donato, Jack Studnicka, Urho Vaakanainen, and others.

The B’s will play three games against prospect teams from Buffalo, Pittsburgh, and New Jersey that will conclude September 10. Studnicka will be an important player to watch as some believe he has a decent chance to make the varsity roster. This tournament will be a showcase of sorts for a couple of key guys looking to impress the Bruins brass, so expect the players to really show up.

The Bruins main camp will get underway September 10 at Warrior as the B’s look to build off of last season’s success. With a team that has a chance to be among the best in the Eastern Conference, look for this camp to be highly competitive as there will be many guys fighting for open roster spots. One particular player to watch is Brandon Carlo, who is ready to go after breaking his ankle late in the regular season.

After offseason groin surgery, Patrice Bergeron said he’s feeling better and his goal is to be ready for the first regular-season game. He’s not joining the team on its trip to China.

🎥Patrice Bergeron hit the ice for captains’ practice on Friday. And after the skate he provided an update on his health and looked ahead to the 2018-19 season: pic.twitter.com/Zqrtuq29Th

While not a high-scoring player by any means, Carlo has been a consistent player in his own zone and has been surprisingly durable despite injuries he’s suffered at the end of the season both last year and his rookie year. With the perceived eight defensemen the Bruins might carry, Carlo hopes to be a regular in the Boston lineup and not be consistently watching games from the ninth floor. In addition to Carlo, it will be interesting to see how the new players fit into their roles — especially John Moore and Jaroslav Halak.

The B’s open their preseason in China on September 15th and will play there again on the 19th. The Bruins will send a group to play in both games against Calgary with a roster that according to NHL rules needs to contain at least eight veteran players. The definition of a veteran is a skater or goalie who has at least 100 games of experience, or skaters that had at least 30 games played the year before and goalies who either played in at least 30 games or dressed for at least 50 games.

In other words, the Bruins will need to send a few experienced players to China which could be an issue to start the season by playing on another continent. The good news is there are three days between the China games which should be ample rest time. It will be interesting to see how the players who go to China get reacquainted once they return and if they take any preseason games off to get ready for the upcoming season.

The B’s get right into it to open the season as they’ll travel to Washington D.C. and Buffalo the first two nights of the season. On Opening Night, the B’s will face off against the defending champs in a building that hasn’t been too kind to them in recent history. The Bruins are just 1-4-2 in their last seven games in D.C., and the Capitals will be going hard after raising their first-ever Stanley Cup banner before the game. The B’s then travel to Buffalo the next night to take on the new-look Sabres. The Bruins will get their first look at No. 1 overall pick Rasmus Dahlin in what should be an ultra-competitive game.

The B’s will get a few days off before their home opener on Columbus Day against Ottawa. Just one week later, the Bruins will embark on the Western Canada swing that usually takes place toward the end of the season. With a decent amount of roster changes, the Bruins could definitely experience some growing pains in the first few weeks of the season, but the good news is the team has a very healthy amount of off days in between games that should take the pressure off of certain guys. With an experienced backup goalie and eight playable defensemen, it could be a time for the depth players to show what they have.