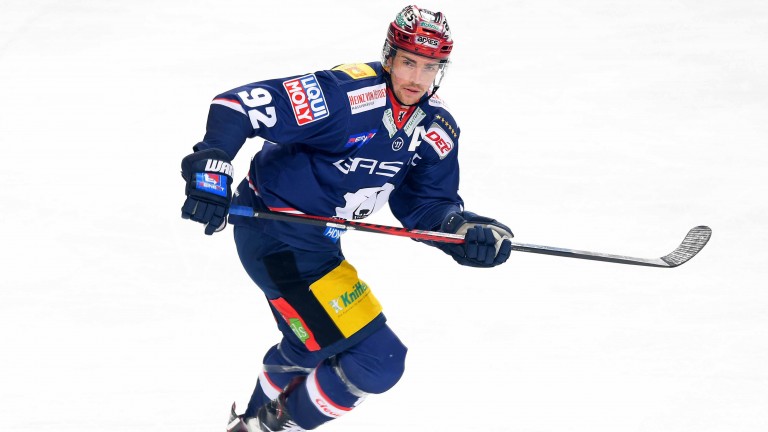 Last week’s report out of the Deutsche Eishockey Liga (German Pro League) of Berlin Polar Bears forward Marcel Noebels leaving his German team for the National Hockey Leagues Boston Bruins seemed to have many B’s fans confused in the translation. To many, the news of the signing meant it was an NHL contract and have been waiting patiently for the Bruins club to officially confirm, but this may be a case of certain German Media sports outlets leaking bad information.  The tweets below are not to discredit any media outlets, member’s articles, or social media activities but instead show an example of biting on the news for the sake of fast publications.

Regardless of what was previously reported on the topic, it does seem like both sides are interested in making a deal, but it won’t be for an NHL contract, at least not for now. Providence Journal’s Bruins beat writer Mark Divver sheds some light to the contract talks and believes that Noebels will be signed to a Professional-Try-Out when the Bruins get closer to training camp events that are set to kickoff from the Warrior Ice Arena on September 10, 2018.

The 6′-2″ 205-pound German native was originally drafted in the fourth round ( 118th Overall) by the Philadelphia Flyers shortly after the Bruins won the Stanley Cup in 2011. After playing in the Western Hockey League for two seasons (2010/11 – 2011/12) posted 48-64-112 numbers in 128 career games before turning pro in the 2012-13 season. In his first pro year, Noebels started the season in the ECHL with the defunct Trenton Titans where he’d tally 30 points in 31 games earning a promotion to the Flyers American Hockey League top minor-pro affiliate the Adirondack Phantoms where he’d finish the 2012-13 year posting 23 points in 43 games. The 2013-14 season brought a lot of disappointment as he posted 11 points in 52 games which would ultimately be his last North American Pro hockey experience.

The last four seasons the now 26-year-old has played in the DEL as mentioned above with the Berlin Solar Bears club and has 32-55-87 numbers in 144 games and seems ready to try to make a run at his first pro-NHL games but will have to survive a grueling Bruins training camp coming up in September. If he doesn’t make the cut with the B’s there’s heavy speculation he could, in fact, return back to German team as he might not want to entertain contract discussions that would have him start with the AHL’s Providence Bruins. On the other side of the coin,  if he wants to stay in North America and fight for that dream of making it to the highest level in the world of hockey, Providence would be a fantastic place for him to get back to and add another lethally skilled player to a sick 2018-19 AHL Bruins roster.