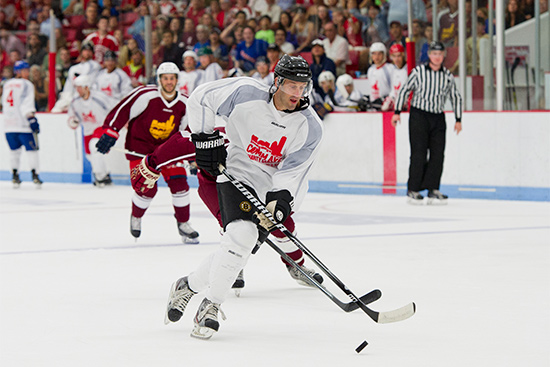 The fourth annual Comm Ave Classic is set for puck drop this coming Friday, August 24 at the Walter Brown Arena in Boston. Collegiate hockey rivals Boston College Eagles, and Boston University Terriers have submitted their alumni rosters for the charitable event that benefits Pete Frates, Compassionate Care ALS, and the Travis Roy Foundation. Amyotrophic Lateral Sclerosis is a serious disease that continues to need increased funding to find a potential cure. I highly suggest if you have the funds to donate, do a Google search for those approved organizations and means of trying to make a difference.

To those who might not know about two great gentlemen that continue the good fight every day to express the unselfish mission of awareness, I suggest you get to know who in fact Mr. Pete Frates and Mr. Travis Roy are and their message provided below in two incredible videos shared below via Youtube.

Pete Frates: The Inspiring Story Behind The Ice Bucket Challenge

Another way of supporting this great cause is being in attendance. If you, friends, or family want to see some great on-ice action from current Boston Bruins players and others that called either Boston College or Boston University their alma mater, please click on this TicketMaster Link and get your tickets today as the event is selling fast. Each purchaser will have a chance to order up to eight tickets for this event. All tickets for this game are priced at $15. 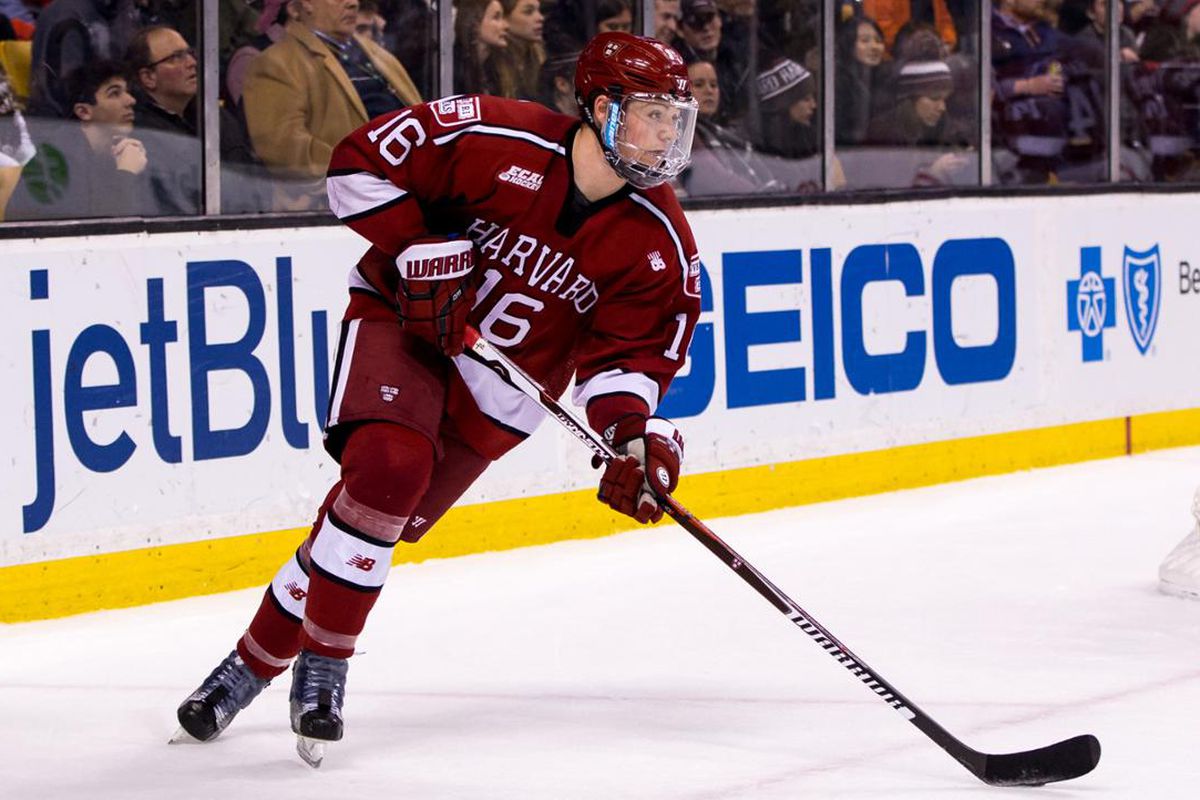 Donato is a special guest of this annual event as he spent three seasons playing for Harvard University before signing his pro contract with the Bruins in March. In those three seasons with the Crimson, Donato posted 104 points in 97 games and was a Hobey Baker Award finalist for the 2017-18 campaign along with the ECAC Player of The Year in the same season.

Drafted in the second-round In 2014, Ryan’s only played in 12 regular season games at the National Hockey League level. The now 22-year-old has proven he has what it takes or at least will continue to showcase his skills to secure a roster spot during training camp events that start to ramp up in the middle of September 2018. Ryan was also fortunate enough to get a taste of the Stanley Cup Playoff action, appearing in three games. He was unable to get on the scoresheet and was a plus/minus of -3 in those contests. With more NHL playing time during the upcoming 2018-19 campaign, if he can win a spot and create chemistry with linemates and be consistent point-wise, I can’t imagine a player of his age and talent can’t flirt with a 20-goal, 20-assist rookie season. 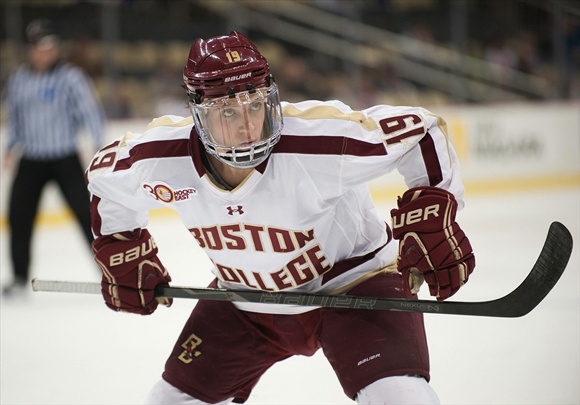 Fitzgerald spent his entire four-year collegiate career with Boston College, contributing 132 points in 152 games. After leaving college after his final season, Ryan signed an entry-level contract in March of 2017 and joined the Providence Bruins for the remainder of the 2016-17 regular season adding two helpers in eight games. His breakout year was last season in his first full year of American Hockey League action, and he didn’t disappoint.

As a gritty forward for the Providence Bruins in 2017-18, the 5-foot-10, 177-pound fourth-round selection in the 2013 NHL Entry Draft caught the eye of many fans when he posted 21-16-37 numbers in 65 games played in his rookie year. Alongside his tenacity to chase pucks down and his effort in winning puck battles, the North Reading, Mass. native has impressive offensive attributes with his speed and professional release/shot. Fitzgerald will have an outstanding opportunity to showcase his skills during next month’s training camp festivities and could possibly win a job as a bottom-six role player. 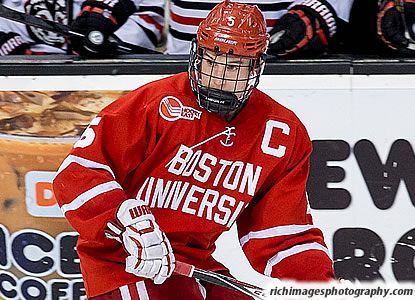 Grzelcyk played all four seasons at BU and was a threat on the ice whether in the defensive zone or pinching in offensively. In Matt’s career with the Terriers club, the third-round selection of the B’s in 2012 posted 95 points in 2015 games in the tough NCAA Hockey East Conference.  His strong defensive game with the Providence Bruins and his time in the NHL while covering for injured players was the best way for the Bruins brass to gauge his potential. After playing in 61 games last season, the Bruins signed the rugged “Krug-Like” defenseman to a 2-year extension in June.

The 24-year-old Grzelccyk was able to contribute 15 points in those 61 games during his rookie season and should not disappoint when it comes to strength training and on-ice workouts as the 2018-19 NHL season approaches. Tough to say at this point where he fits in when talking about next season’s roster with eight defensive NHLers and a few prospects challenging for a 6-spot job. 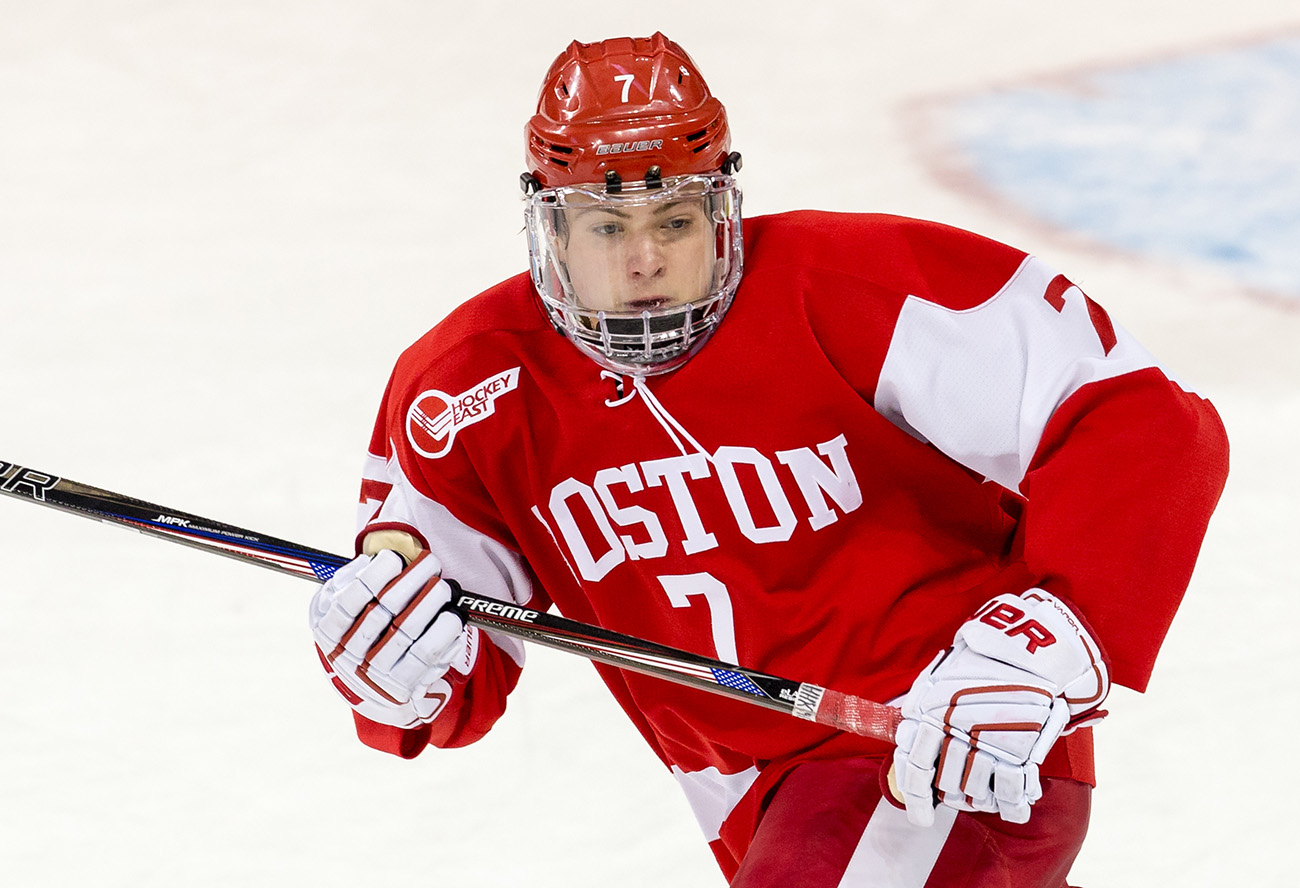 McAvoy played two seasons for the Terriers before signing his pro contract with the Bruins organization. During his time with Boston University, the talented defenseman posted 8-43-51 numbers in 75 games played. Charlie was drafted by the Bruins in the first round of the 2016 NHL Entry Draft and only took a year for the Bruins to sign him and get him involved into the NHL lineup due to injuries before the first-round Stanley Cup Playoff matchup with the Ottawa Senators in April of 2017.

The 6-foot, 208-pound blueliner contributed three assists in his first playoff action for his Bruins team, but the 2017-18 campaign would be his coming-out party even though his rookie season would come with terrible health issues. Last season McAvoy played in 63 games in Black and Gold and posted 7-25-32 numbers at the highest level in the world. When McAvoy was healthy, many top hockey analysts had him in the running for the Calder Trophy as the league’s top rookie. If I were a gambling man, I would definitely put a bet on McAvoy breaking the 50-point mark in the upcoming 2018-19 season. 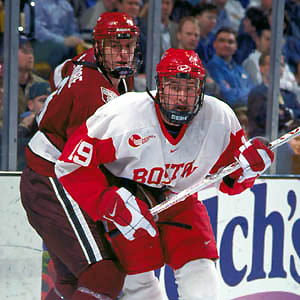 Pandolfo played four seasons for Boston University from 1992 to 1996 and in 136 career games for the Terriers, he posted 169 points. His best collegiate season was his senior year when he was the Hockey East Player of The Year with 38-29-67 numbers in only 40 games played in the 1995-96 campaign. After being drafted in the second round of the 1993 NHL Entry Draft by the New Jersey Devils, Pandolfo would spend a better part of 14 years with the club before leaving the organization as a free agent in after the 2009-10 season. Jay played 12 games in the AHL with the Springfield Falcons in 2010-11 and would return to the NHL with the New York Islanders a year later posting 3 points in 62 games in 2011-12. The only goal of his career with the Islanders organization, it proved to be his milestone 100th career NHL goal and the last of his pro career.

The Burlington, Mass. native would have his dream come true when the Boston Bruins called and invited the then-37-year-old Pandolfo to training camp before the 2012-13 season on a professional tryout agreement, but after going pointless in 18 games, it appeared the dream could no longer continue, at least as a player. In January of 2014, Pandolfo announced his retirement from the game of hockey and immediately joined the Bruins front office as a member of the player development staff. In May of 2016, Jay was officially named to the Bruins NHL coaching staff where he is today. Pandolfo and other members like Jamie Langenbrunner have played pivotal roles in this Bruins organization when it comes to relating to players that continue to develop and what’s expected as a professional at this level.

With an already impressive developing depth in this Bruins organization, regardless of recent rankings from many of my mentors, I believe this Bruins prospect pool his going to get stronger, and with the continued guidance it’s only going to ramp skyward. It’s nice to have complete facilities that attract younger players to excel here and maybe have the necessities that entice a potential free agent in the future, who knows?

This Friday! Hockey is back! Come check out @KevinPHayes12 attempt to score a nicer goal than this… #sneakysneaky pic.twitter.com/mYbWcda282

ONE WEEK until the rivalry returns for the 4th annual #commaveclassic. Get your tickets today! pic.twitter.com/qE61l9jpk1