Bruins Defense: Will Vaakanainen Make An Appearance In 2018-19?

You could say that the Bruins didn’t really make any heavy-handed moves this offseason. But you have to hand it to Don Sweeney. By not panicking and making “crazy” trades, he’s making a clear statement: the Bruins will continue to focus on their explosive youth movement. During training camp this coming September, the B’s will need to make some tough roster decisions.  As players vie for a spot on the team this season, many will be looking to make a long-lasting impression. And for one player, he’ll be aiming to get an even longer look from the coaches. The question is, will he blossom into a top defenseman while playing down in Providence? And is there a small possibility that fans will see a young Finnish player named Urho Vaakanainen on the ice.

After last season’s unexpected successful run (and yes they did tucker out at the end) the Bruins have now set the bar very high for this season. There’s no shortage of good stock being added to the Bruins defense. The 19-year-old Finn will have a chance to show off his smooth skating skills when the varsity team heads over to China.

As an 18-year-old prospect, Vaakanainen made an impression during development camp shortly after being drafted by the Bruins 18th-overall in the 2017 NHL Draft. Watching him skate on the ice drew comparisons to another great NHL player: Scott Niedermayer. Development Coordinator Jamie Langenbrunner and Assistant General Manager Scott Bradley noted:

” [Vaakanainen] seems to have a little bit of those tendencies that he kind of floats on his skates a little bit, and it’s something that I don’t believe you can really teach. …

“Fluid, you’re almost floating on the ice, you’re not exerting extra effort to get to the same place. It’s effortless, where you think a guy like that could play 50 minutes in a game and not be tired, which Niedermayer probably could have.”

Vaakanainen spent most of the 2017-18 season in the Finnish League (Liiga) playing for SaiPa. He racked up some pretty decent numbers and led SaiPa defenseman with an eight-plus rating. In 43 games Vaakanainen netted 4 goals and added 7 assists. An appearance in the 2018 World Junior Championship for Team Finland had Vaakanainen record an assist with a three-plus rating.  For the Joensuu, Finland native,  playing for the Bruins is a goal that is quickly becoming a reality. This past June, Vaakanainen signed a three-year entry-level contract with Boston. 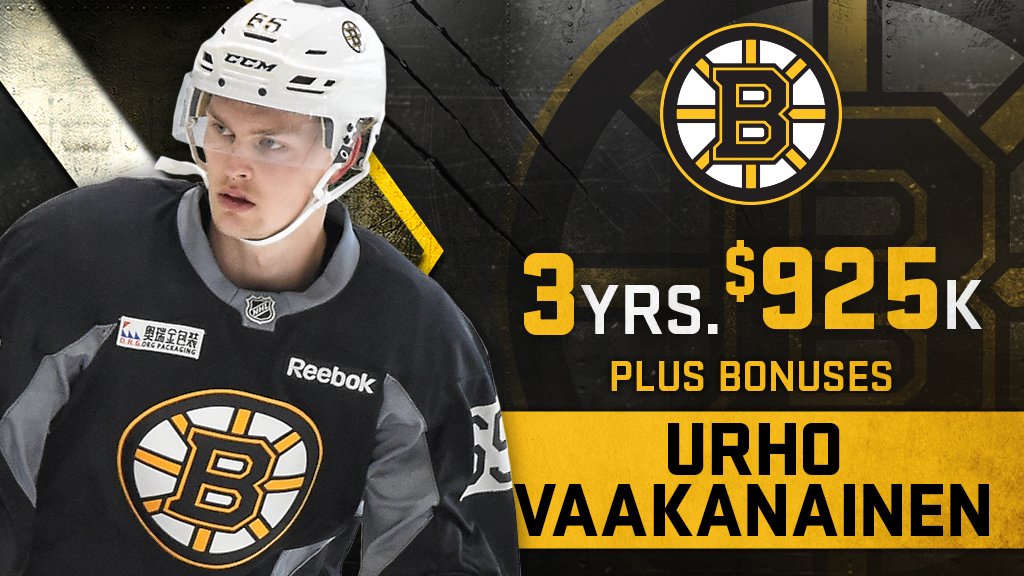 If you take a look at the current situation the Bruins face, you’ll notice one thing; the B’s have a lot of D-men. Not only do you have a few veterans, but you now also have a good amount of young players with a full season under their belt (not to mention some playoff experience). For someone like Vaakanainen, where would he fit in? Especially on a team with eight very capable defensemen. The question — or rather, the problem — is how the Bruins will be able to play all these guys? If Boston makes any other kind of trade during the season, it would make sense that a defenseman would be involved (those Krug rumors just won’t go away). Could that possibly open the door for Vaakanainen? Perhaps when the day comes that Zdeno Chara retires (it’s painful to even type that), Boston could see a McAvoy-Vaakanainen combination.

For Vaakanainen, I think this season would be a long shot as it will be extremely competitive out there on the ice. But that certainly won’t stop him from making a bigger impression than he did back in 2017. Having played overseas has definitely made the 6-foot-1, 185-pound defenseman more confident and if he continues to impress during training camp, it won’t be long before we see him in the big leagues.

“He certainly has played at a higher level against men for two consecutive years,” Sweeney said, “so he recognizes it but … it ramps up.”-General Manager Don Sweeney.