Who Will Round Out The Bruins Blueline? 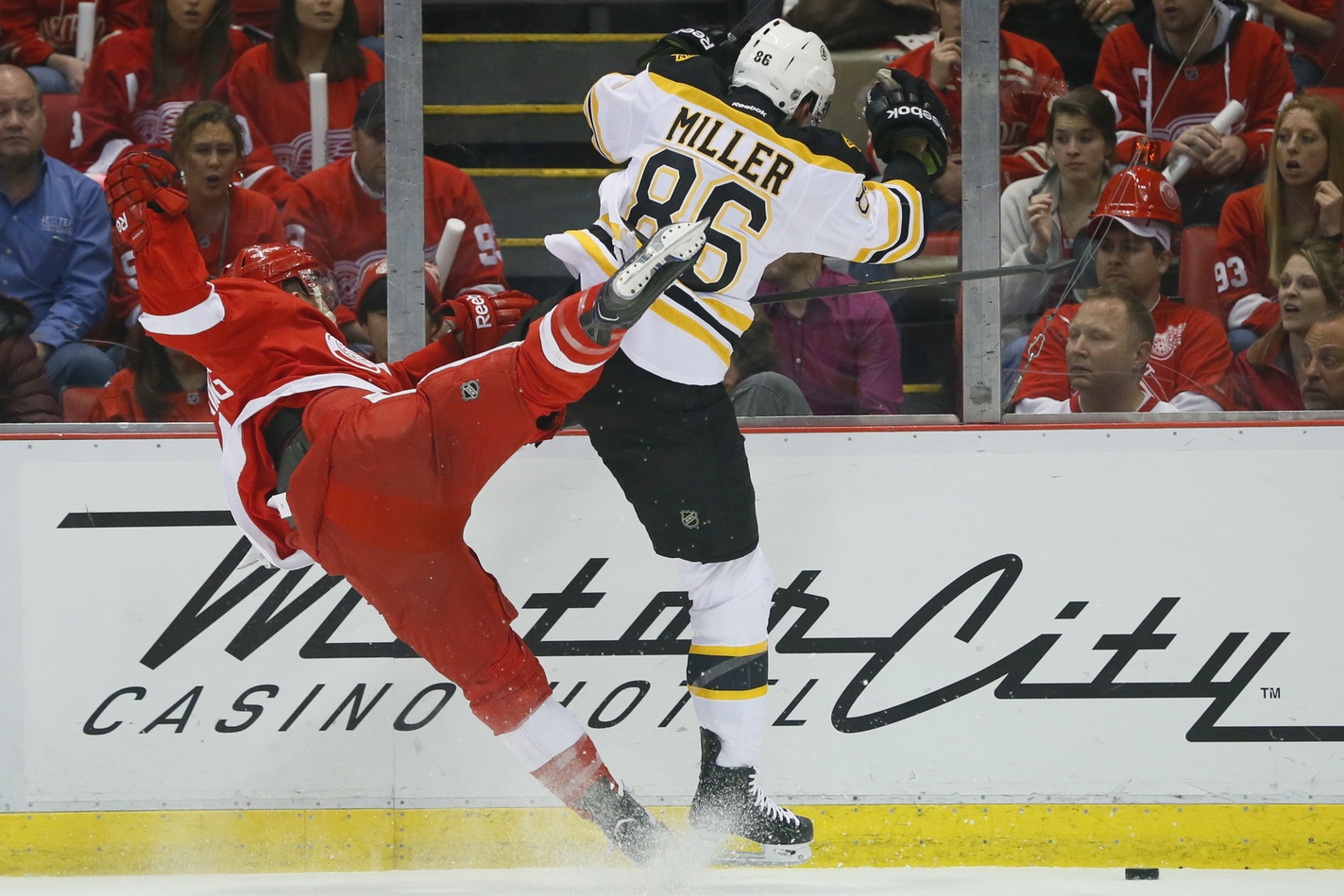 Last week I covered the decisions the Bruins coaching staff and management have to make regarding who makes up the four forward lines for opening night. This week I’m back to cover which six of the eight NHL defenseman on the roster will lace up the skates for opening night against the Washington Capitals on October 3..

As with the forwards, the Bruins have an embarrassment of riches on the back end coming into this season. Zdeno Chara doesn’t look to be slowing down at all after a great 2017-18 season and playoffs where he managed to hold Auston Matthews to a measly single goal and assist in 7 games. Charlie McAvoy will only improve on his standout rookie season in his sophomore season. Hopefully, Brandon Carlo can stay healthy and manage to get enough luck to suit up for a playoff game.

Torey Krug can still find room for improvement in his defensive game while putting up 60+ points per season and being a catalyst for the Bruins’ power-play and breakout. Matt Grzelcyk hopes to improve his game after signing a 2-year contract this summer. New Bruin John Moore will be aiming to prove he’s worth his 5-year deal signed this summer with his booming shot (see below) from the point and sizable 6-foot-3 frame. Barring an atrocious showing from Moore in the preseason, he’ll suit up on opening night.

The Bruins have options, however, specifically when it comes to the third and final defense pairing. They could stick with what they used last season by playing any combination of Grzelcyk and the Bruins two remaining NHL defenseman: Kevan Miller and Adam McQuaid. Alternatively, Bruins coach Bruce Cassidy could drop Krug down to the third pair with a bigger, more defensive-minded guy like the aforementioned Miller or McQuaid. This would limit Krug’s time in his own end and therefore limit defensive mistakes while not affecting his ability to produce offense on the power-play.

If Krug were to play 3rd pairing minutes, it is highly likely that Moore would slide in on Brandon Carlo’s left side. The Bruins did acquire him to be another top 4, left-shot defenseman in the first place. As well as he has played at times, it would come as a surprise to see Grzelcyk playing top-4 minutes; he lies closer to the bottom of the depth chart on the blueline. Moore may not put up a significant amount of points as Krug or McAvoy do, but he has shown that he’s capable of jumping in on the rush, and when he has it has come with quite lucrative results. Here are some highlights:

Chances are this year we’ll see a consistent rotation of Matt Grzelcyk, Adam McQuaid, and Kevan Miller on the bottom pair until Cassidy finds the combination he likes best or injuries strike either them or another Bruins blueliner. However, when it comes to opening night, look for the Bruins to go with an element of speed on that pair (we’re looking at you, Grizz and/or Torey).

By the process of elimination, I’m sure you’ve figured out by now that the Bruins top defensive pair will remain the same as it was from last year; Zdeno Chara on the left, and Charlie McAvoy on the right. They are one of the best combinations of skill, speed, strength, offensive and defensive capability in the entire NHL. Along with their ability to play strong 200-foot hockey, Chara is a great mentor to the young McAvoy, who’s young enough to be Chara’s son. It’s safe to say that we’ll be seeing more moments like this from McAvoy:

Now, for special teams; it’s quite straightforward for the Bruins this season. Undoubtedly Chara will anchor the top penalty-kill unit with either McAvoy or Carlo. Whoever is not consistently pair with Chara will slide onto the second, probably with Moore as the Bruins will want to see exactly what he’s got in all situations early on. If Kevan Miller and/or Adam McQuaid is in the lineup, look for them to be on the penalty-kill as well, those guys eat rubber and high sticks for a living.

The Bruins generally have only one defenseman on the top power play, and that spot is and has been Torey Krug’s for years now, and that shouldn’t be changing anytime soon. Krug has put up totals of 20 goals and 82 assists for 102 points on the power play alone. That accounts for a staggering 43.4% of his career points. Nearly half of his 59 points last season came on the power play. Torey Krug on the power play is about as common as the Sun rising in the East. Remember this? For reference, that was Krug’s eighth career game, fifth career playoff game, and fourth career goal.

When it comes to the second unit, Charlie McAvoy will continue to receive significant time as he continues to hone his offensive game, which brought home 7 goals, 25 assists and 32 points last year, 7 of which were on the power-play. Aside from these two, Moore and Grzelcyk are most likely to get power-play time considering they both can provide offense.

The Bruins have plenty of options on the blueline and a numerous amount of possible combinations to explore during the preseason. It would be in their best interest to explore all these options and find out what works best before the games start to really count in early October. The excitement is rising as the NHL’s return approaches, stay tuned for more Bruins news and thoughts.