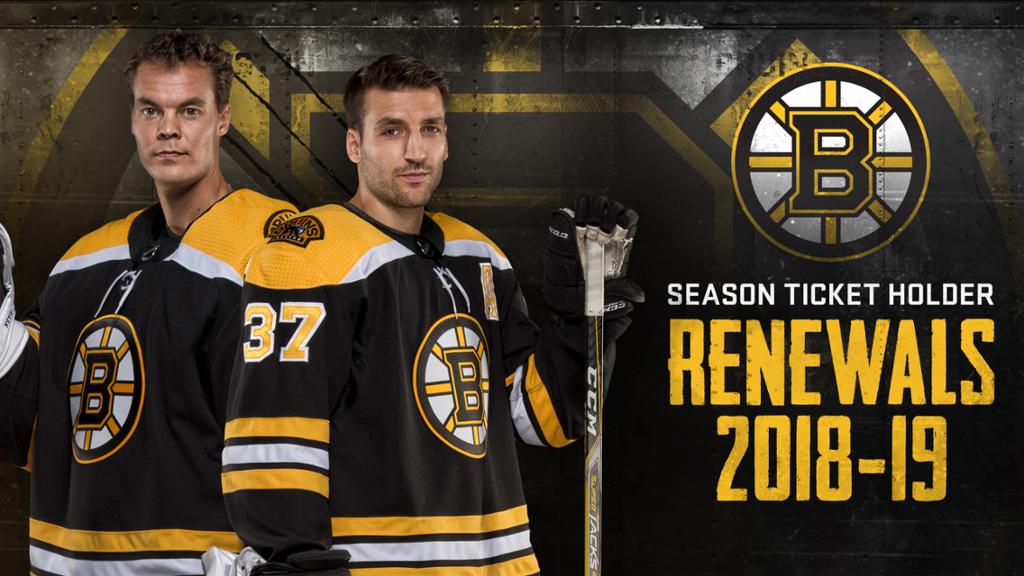 With a new hockey year comes a renewal of hope (and season tickets courtesy of Tuukka Rask & Patrice Bergeron) for Bruins fans, players, and management. And after recently writing about key games to start the upcoming NHL season for the B’s (2018), it’s now time to highlight the actual new year (2019) and what it has to offer, schedule-wise, for Boston. So let’s get ready to mark your Bruins calendar, part deux edition!

It goes without saying that the always enjoyable “Winter Classic” contest should be on this list, especially with the B’s “fighting on” the Blackhawks at historic Notre Dame Stadium. But do these outdoor games really change the way a team is shaped, or how its identity is formed? Or are they mostly entertaining affairs where the only elements that matter are the ones Mother Nature controls not Coach Cassidy? 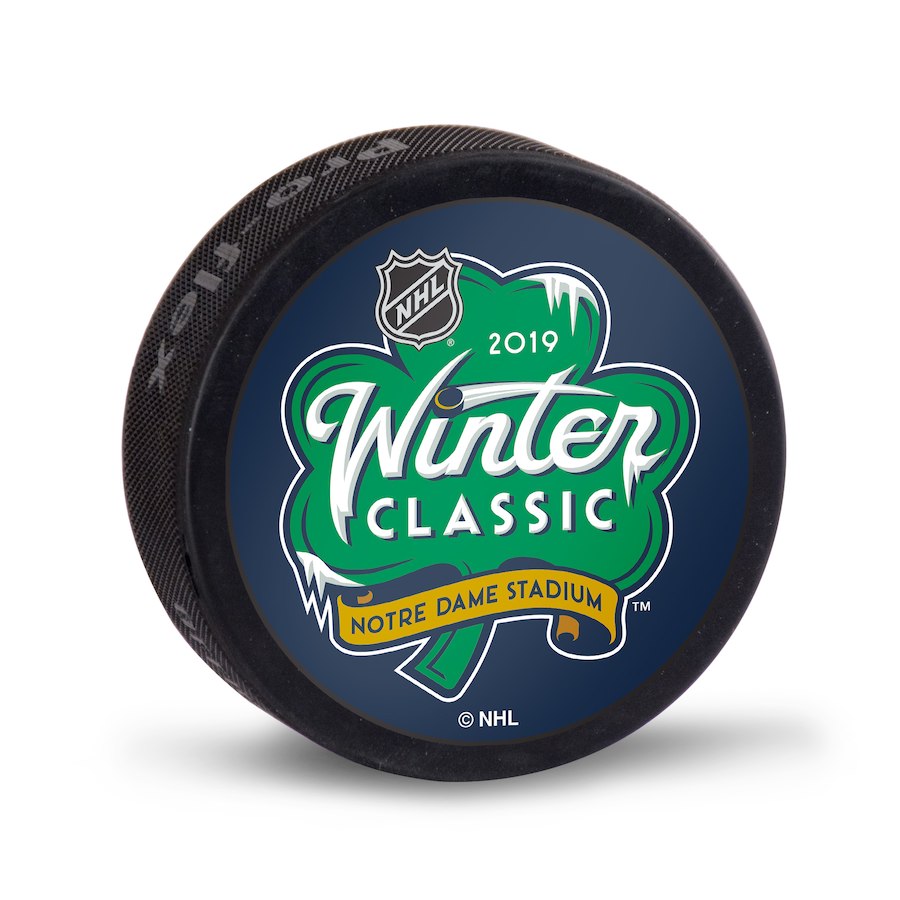 As a result, let’s focus on the games played in an environment truly under B’s control: the TD Garden. And in January, the B’s practically live there all month. With 7 home games out of the 9 they play before their mandatory “off week” / All-Star weekend, including 4 in a row after the big Winter Classic tilt, it’ll be like an Air BNB for the BNG in Boston (and the team then returns from the break with an additional two home games making it their busiest month on Garden ice). It doesn’t take a hockey expert or Corsi analytics nerd to understand that if you take care of business in Beantown during this stretch, you either maintain momentum / build momentum or close the gap / stretch the gap in the Atlantic Division race. 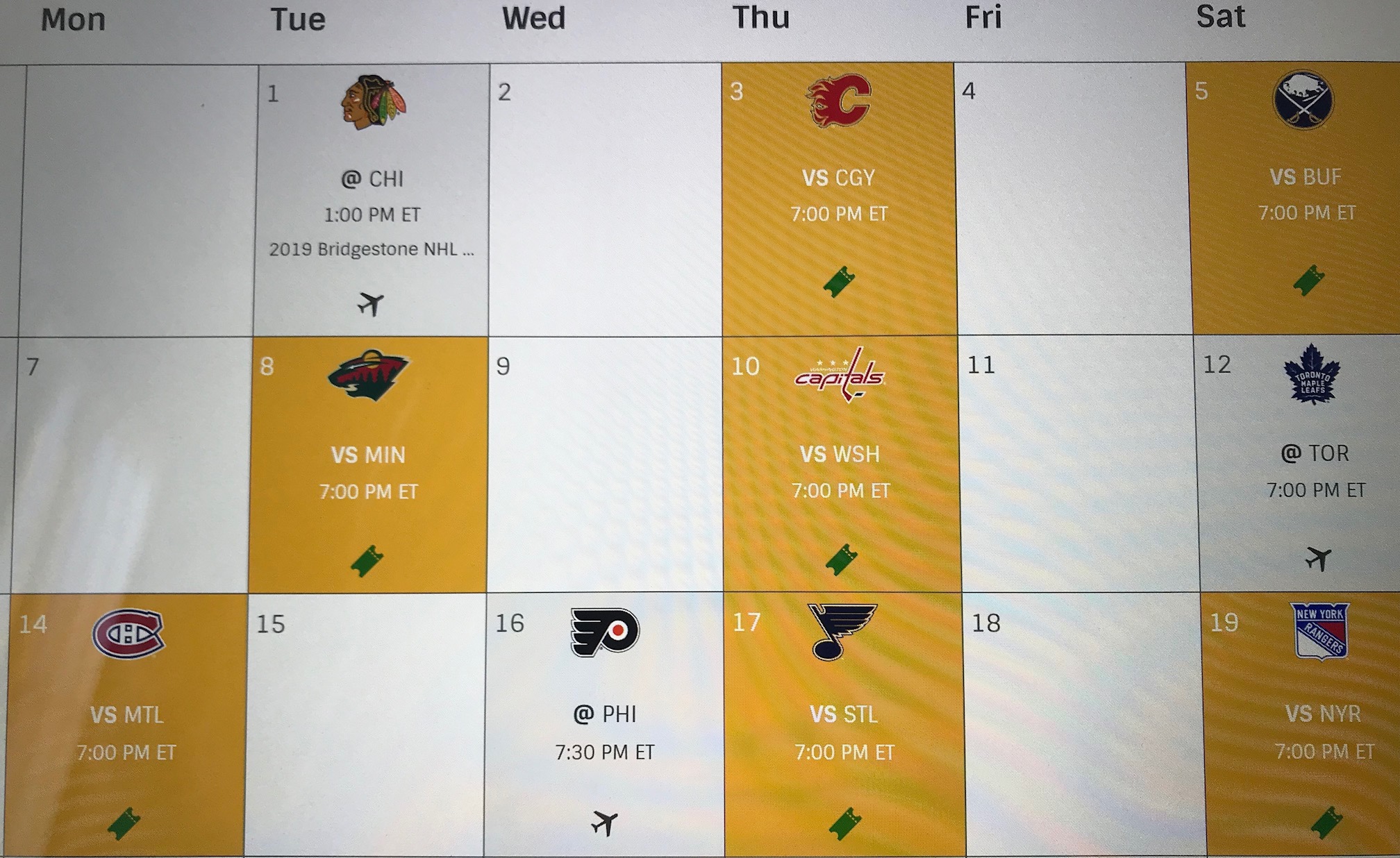 The two most highlight-worthy at-home match-ups, in my humble opinion, over these three weeks happen to be versus the Capitals on the 10th and then the Rangers on the 19th (with a shoutout, and perhaps a shootout, to the Canadiens on the 14th just because it’s Montreal and those games are always an entertaining hoot with hootenanny potential). So there you have it: mark January 3rd – 19th on your Bruins calendar!

Conversely, in fabulous February the B’s embark on a lengthy two-week road trip thru California, the Vegas desert and “Bluesy” Missouri — similar to the way they started the season with their west coast Canadian kick. As Brick & Jack always like to point out (as did other great Bruins broadcasters mentioned right here on the Black N’ Gold Hockey Blog), “if the B’s can take at least 6 out of these 10 points, it’ll be a successful trip.” And that’s easier said than done, especially since this trip is front-loaded with back-to-backs against the always competitive and pesky Ducks and Kings followed by the always Cup-contending Sharks only one break day later.

This stretch away from the comforts of home (and through multiple time zones mind you) will undoubtedly stretch the Bruins talent thin and offer a challenge that if met, could bolster the team’s confidence, core and camaraderie — something always welcomed with only a third of the schedule left in play!

Additionally, with Los Angeles being my current home base, I always try to make a few of these road trip games (rocking classics from my B’s goalie jersey collection to boot — Lord Byron and the Mooger pictured above). I look forward to offering my in-the-arena insight when this part of the schedule skates around next year. So there you have it: mark February 15th – 23rd on your Bruins calendar!

The 2018-2019 Bruins season could come to a climactic Columbus close with Boston battling the Blue Jackets three times in the final three weeks, along with two tilts each against the Florida teams (as I like to deride). That’s 7 of the final 13 games–more than half for those math whizzes out there–versus teams that are not only playoff caliber (Tampa) but also playoff hungry (the Jackets and Panthers). You could even argue the games against Tampa may be Atlantic Division-altering games — Florida too for that matter since they’re a much-improved hockey club — and depending on how the B’s play, their season could be on the line. 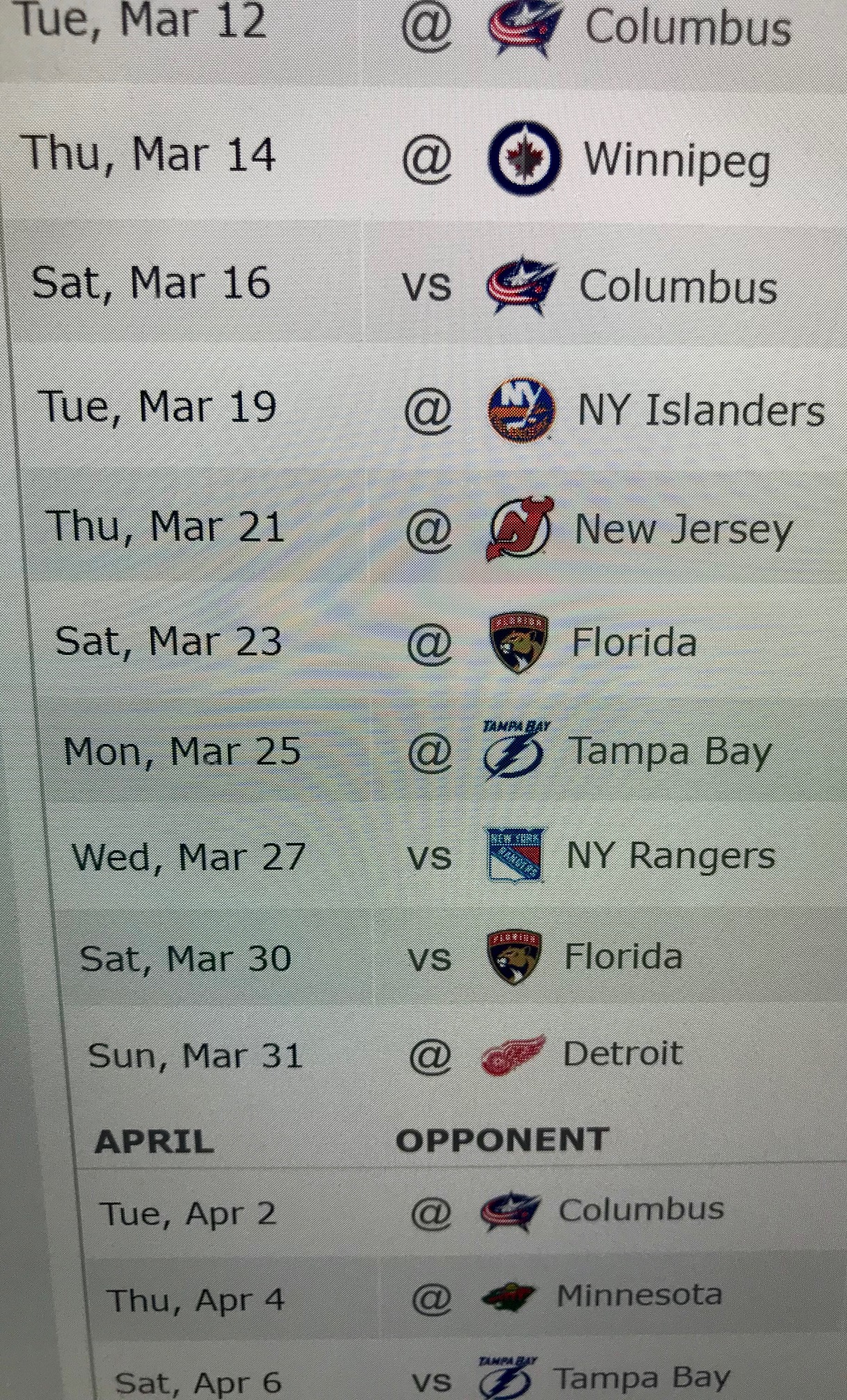 Hopefully, it’s only “playoff positioning” the Bruins are playing for during this torridly tough stretch, but there are no guarantees in this league. Especially, not with all of the aforementioned clubs eager to prove they’re legit squads that can hold their own in the East. So hold that highlighter close and mark March 12th – April 6th on your Bruins calendar!

If the Bruins are to be playing hockey during my birth month and beyond, then here’s how I think it’ll shake out. And I’m basing this prediction/assumption/foreshadowing only on gut instinct and lessons learned from last season. I think the B’s will qualify for the postseason as the 3rd seed out of the Atlantic (a few points higher than Florida and a few points lower than Toronto and Tampa but all clumped between 100-110 points). I think they’ll win their first round match-up against the Flyers — how they end up facing the Flyers what with all the funky end-of-season math involved I don’t know — but my seer self says it’ll be a take-down of Philly that propels them to the second round versus Tampa for a rematch. They will successfully win this rematch when solid trade deadline acquisitions [that bolstered both the blue-line and scoring wing categories a few weeks earlier] help bolt them past the Bolts in seven games. As late May approaches, not to be confused with Bruins-killer Brad May, the B’s will then face off against the defending Cup champs and will “Capitalize” on their newfound success, propelling them to an early June date with Jumbo Joe and the Sharks for the ultimate B’s past-versus-present contest.

Ah, who am I kidding, it’s early August on the calendar, and I’m just dreaming of a hockey storyline well worth renewing!