What To Expect From Bruins’ Sean Kuraly 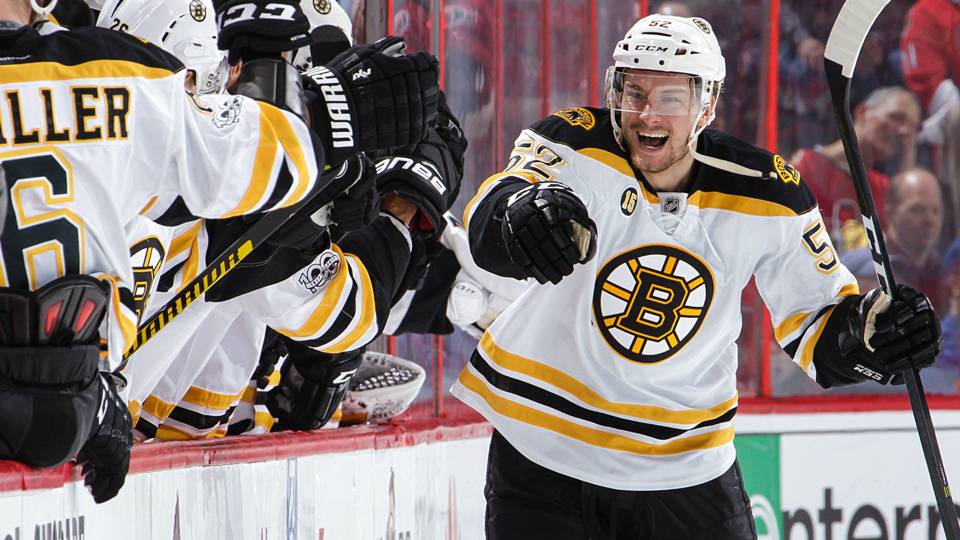 Earlier in the offseason, the Bruins re-signed Sean Kuraly to a three-year deal. Kuraly was key on the Bruins fourth line last year in his second NHL season. With the departures of Riley Nash and Tim Schaller, he could see time on the Bruins third line this upcoming season. Kuraly is not an explosive offensive player like his teammates Brad Marchand or David Pastrnak. He is still valuable to the Bruins in many different ways.

Kuraly endeared himself to Bruins fans last season with his all-out play. The Bruins fourth line of Kuraly, Noel Acciari, and Tim Schaller was one of the most popular in recent memory. They drew comparisons to the Bruins fourth line in 2011 due to their grit and physicality. Kuraly, in particular, is not afraid to skate through someone to get to the puck or sacrifice his body for the team. In his second NHL campaign, he had six goals and eight assists. In the playoffs, he had two goals and two assists including a goal that exemplified his style of play. In Game one of the first-round against Toronto Kuraly batted a rebound out of the air to give the Bruins a 4-1 lead. Kuraly did not give up on the play and showed tremendous concentration by being able to locate the puck while in mid-air.

This goal was not Kuraly’s first impactful playoff moment. During the 2016-2017 season, Kuraly appeared in four playoff games for the Bruins. He had two goals including the game winner in game five against the Senators. Before last season he was not seen as a key piece on the Bruins roster. As Kuraly has gained more experience, he has only gotten better. He is not only fun to watch because of his grit but the energy he brings to the ice.

Kuraly is a bottle of energy on the ice which showed when the Bruins fourth line reenergized the team throughout the season. Every time the Bruins needed a boast the Bruins fourth line was there to shift the momentum. When the Bruins scored a goal with Kuraly on the ice, you would have thought he just scored the game winner to win the Stanley Cup based on his reaction. That is one of the characteristics Kuraly brings to the table that does not show up on the stat sheet.

Kuraly will never be a thirty goal scorer or record 100 points in a season. Next season his goals and assists should improve If he moves up to the third line. If he remains on the fourth line, he will not see a significant point increase but should still be able to score more than six goals. Last season he was third on the team in hits which shouldn’t change in the 2018-2019 season. Regardless of what line he is on Kuraly will bring the same grit and energy every shift. He affects the game in ways that do not show up on the stat sheet, and that will only continue next season.

LET’S GO! Matt Grzelcyk with an absolute beaut of a pass to Sean Kuraly! #NHLBruins pic.twitter.com/69wxzPOjUL