Danton Heinen’s Future With The Bruins 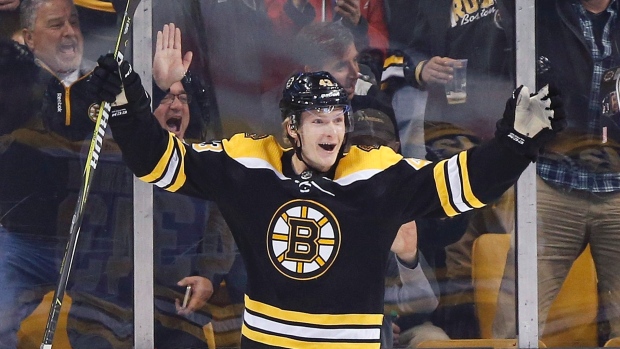 Danton Heinen’s rookie campaign was a strong one. Lacing up the skates 77 times during the regular season, the Boston Bruins racked up 16 goals and 31 assists. The 23-year-old can certainly be proud of his NHL debut.

Heinen’s impressive start could land him in a top-six role this season, especially if GM Don Sweeney isn’t able to reel in a second-line winger which seems less and less likely every day. The British Columbia native moved around quite a bit last season within Boston’s lineup, and it would be interesting to see what chemistry could brew with consistent linemates. But there is another option on the Heinen front.

Heinen is a valuable young forward in the NHL which makes him a solid trade asset. Sweeney put his strong foot forward this offseason by making bids for John Tavares and Ilya Kovalchuk. The team’s willingness to improve heading into the 2018-19 season seems to be unfiltered.

The Bruins have a number of up-and-coming forwards seeking a drive down I-95 North from Providence to Boston. The barrier between the AHL and NHL has gone from thick to thin as these youngsters have continued to up their game in hopes of taking the next steps in their respective careers. While this bodes well for the Bruins, it may not work for Heinen. Sweeney could afford to part for the winger in the right circumstances. 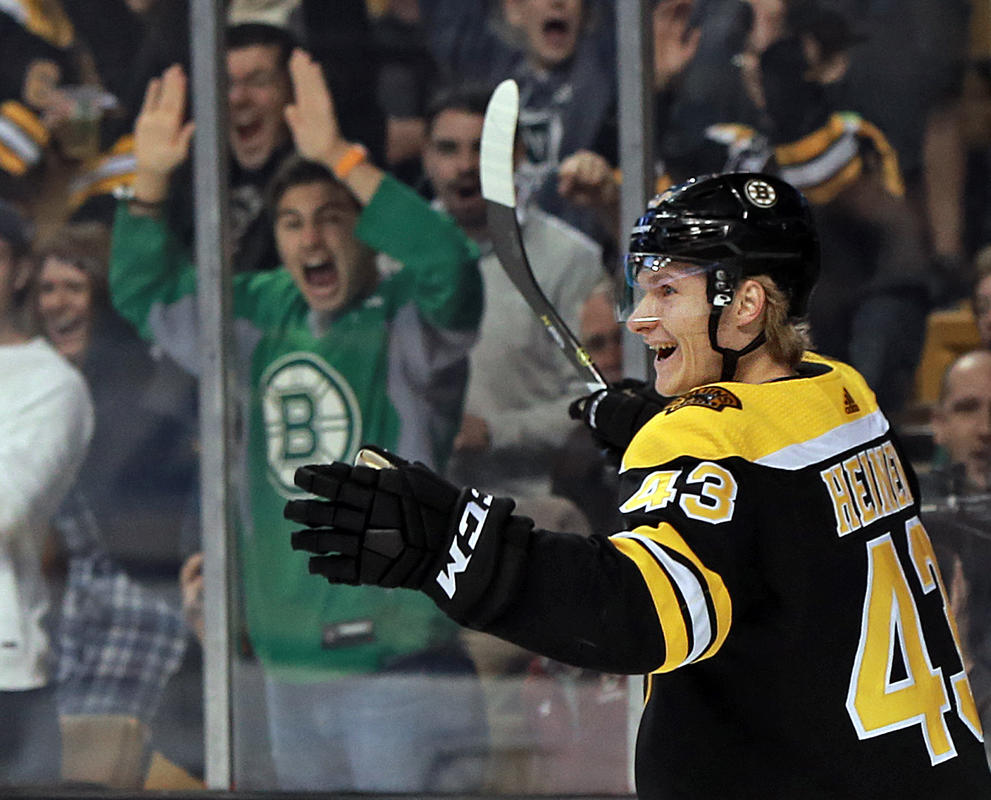 Fans and media alike have been calling for David Backes’ contract to be moved, but that will not be an easy trade to make. A one-for-one deal is definitely out of the question unless the Bruins are to take an equally devastating contract in return – defeating the purpose of trading him in the first place. Thus they would have to wrap up Backes in a gift bag full of bright tissue paper and a heartfelt card. Heinen could contribute to that flare.

It must also be considered that the Bruins are in a sticky situation in terms of the salary cap. Next summer, they will have to re-sign restricted free agents Ryan Donato, Charlie McAvoy, Brandon Carlo, and – you guessed it – Heinen. While Donato may be best suited for a bridge deal barring his performance during the 2018-19 campaign, the latter three will be looking to strike long-term deals. Knocking just one of those players off the potential payroll will cause less of a headache, especially considering the two defensemen on that list will be looking for hefty salaries.

Then there is the flip side. Heinen had a great rookie campaign and will be seeking to improve upon that. His performances during the postseason may have been underwhelming, but he is young and will likely capitalize upon his first glimpse of the NHL playoffs during his second go around.

The Bruins may be interested in winger such as Panarin, but a move like that may not be most wise. It seems as though the majority of top-six wingers remaining on the market would be a gamble and Heinen should only be traded for a sure thing – not a player who may underperform or fail to re-sign with Boston. 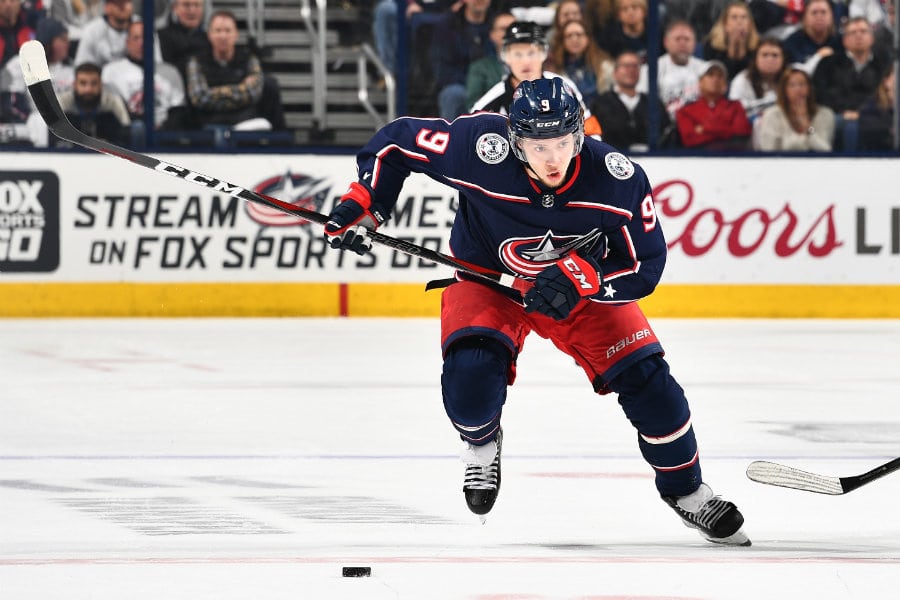 Heinen’s potential is without question, and he could improve in a very valuable player among Boston’s top-six. At the age of 26, Panarin put up 82 points in 81 games. While Heinen’s numbers pale in comparison, there is no reason that the Bruin could manufacture a 70-point campaign if he is to play alongside some of Boston’s best forwards over the course of the next handful of seasons.

No. 43 is definitely a moveable asset, but it could be well worth it for the Bruins to hold on to him. If Sweeney was to give Heinen up, it better be in order to fill one of the team’s biggest needs heading into this season. Otherwise, it is simply not worth it.