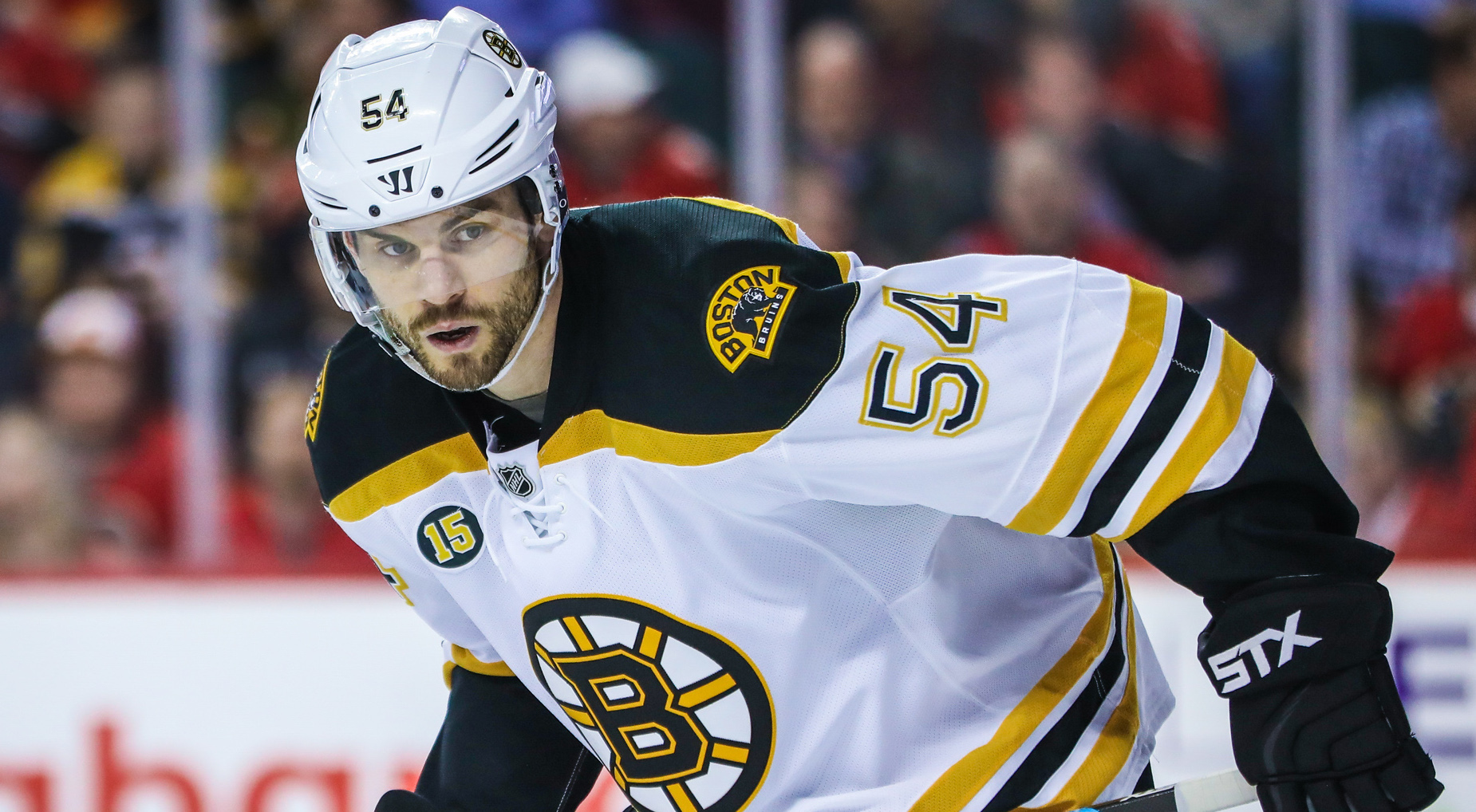 The Boston Bruins announced earlier today, Sept. 11, that they have traded Adam McQuaid to the New York Rangers in exchange for defenseman Steven Kampfer, a 2019 fourth-round draft pick and a 2019 conditional seventh-round draft pick.

Kampfer was part of the Bruins team that won the Stanley Cup in 2011, his rookie season. Unfortunately for him, a season-ending knee injury left him 3 games short of having his name engraved on the cup, despite a petition from the Bruins. He did, however, find a spot in the championship-winning team photo and was awarded a ring for his efforts. The following season he played 10 games for the Black and Gold before being traded to the Minnesota Wild in exchange for Greg Zanon. In his last 2 seasons with the New York Rangers 2016-18, Kampfer skated in 32 games, scoring once and registering 2 assists.

Adam McQuaid spent 11 seasons with the Bruins organization after being acquired from the Columbus Blue Jackets back in 2007. After 2 seasons in the AHL, he soon established himself as a fan favorite. Like Kampfer, McQuaid was part of the Stanley Cup-winning team in the 2010-11 season, featuring in 67 games, chipping in 3 goals and a career-high 12 assists. He went on to skate in 23 playoff games that year and was a key player in that championship-winning team. Last season, he was only able to compete in 38 regular season games due to injury. In his career with Boston, McQuaid appeared in 462 games, totaling 13 goals and 53 assists for 66 points with 652 penalty minutes.

With the #Rangers acquiring Adam McQuaid in exchange for Steven Kampfer, a 4th round pick, and a conditional 7th round pick, the club has taken on a cap hit of $2.1M, while the #Bruins have made $2.1M in additional cap space. pic.twitter.com/vT9tn3YiEh

Kampfer offers the Bruins both depth and experience. Boston have saved themselves $2.1 million in cap space with this trade, a good return on a player that wasn’t likely to see a lot of time on the ice this season due to the defensive depth the Bruins have on the current roster. The additional draft picks will benefit the team, though general manager Don Sweeney admitted it was hard to say goodbye to McQuaid.

“It’s a very difficult day…we want to thank Adam,” Sweeney said. “He was a tremendous Bruin, a tremendous teammate.”

Kampfer is set to become an unrestricted free agent at the end of the 2018-19 season.