If you’re like me — obsessing over the 2018-19 schedule as a result of severe hockey withdrawal — then you’ll know that the NHL season is finally on the horizon. The Bruins poor start to last season has been well documented. Fortunately, they eventually found their groove and had a great campaign, finishing second in the Atlantic Division. What can we expect from the Black and Gold this October? Strap in while I consult my crystal ball and give my pre-pre-season (see what I did there?) predictions for the first 5 games.

In recent history, the Bruins haven’t had any blockbuster starts. In the first 5 games of the last 5 seasons (2013-14 to 2017-18), the Bruins have gone 3-2, 2-3, 2-3, 3-2 and 2-3. Reasonably consistent results, but consistently average. Last season the Bruins finished second in the Atlantic Division by a single point, a slightly better start could have made all the difference at the end of the regular season. I’m in no way criticizing the team’s efforts last season, just highlighting the small margins in a very competitive division. 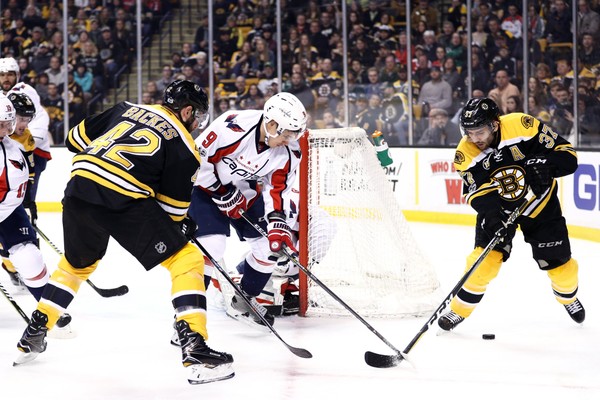 The Bruins will start the season on the road against reigning Stanley Cup champions, The Washington Capitals. Interestingly, the Bruins have fared well in game 1 of the last 5 seasons, boasting a 4-1 record. The Capitals are still riding the wave of their first Stanley Cup win, so facing them at The Capital One Arena will not be easy. The Washington roster is almost the exact same as it was last year, though they have a new head coach, Todd Rierden, so it will be interesting to see what changes he implements. I’m expecting this matchup to be a tough test and won’t be upset if the Bruins don’t win this one.

After facing Washington, the Bruins head to Western New York to take on the Buffalo Sabres. Back-to-back road games are always tricky, especially so early in the season. Jason Botterill, the Sabres GM, has had a hectic offseason and is rebuilding this team around the No. 1 overall pick, Rasmus Dahlin. The Buffalo roster looks more fresh and hungrier than last year with a wealth of young talent. I think they will be a tougher opponent for the Bruins this season, but given the lack of experience on their roster and limited time for the team to jell, Boston has an opportunity for a good result here.

Game 3 sees the Bruins face off against the Ottawa Senators in the first of three home games at TD Garden. Last season was Ottawa’s worst in 22 years — they were a far cry from the team that sent the Bruins packing in the 2016-17 playoffs. With rumors of issues among the squad and uncertainty surrounding the future of current captain, Erik Karlsson, the Senators are approaching the new season with more issues than just poor results. It’s important for the Bruins to get the stint of home games off to a good start and for me there’s only one result here, a win for Boston.

The second game at TD Garden sees the Edmonton Oilers come to town. Last season they underwhelming despite having the league’s top scorer, Connor McDavid. The Oilers have reshuffled their coaching staff in an attempt to get more production from their roster, particularly former Bruin, Milan Lucic, who they’ve invested a lot in. The Oilers are a threat offensively, but they’ve had a quiet offseason regarding player recruitment, I think The Bruins can exploit their defensive frailty and get a comfortable win. 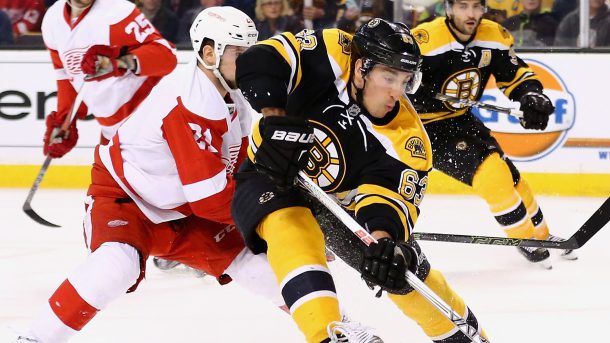 The Detroit Red Wings will be Boston’s fifth opponent of the season. Another team that struggled last year (28th in goals per game and 24th in goals against), like the Sabres, they find themselves in the midst of a rebuild. The Red Wings didn’t make any significant changes in the offseason and they’ll be heading into the season with low expectations. I’m excited to see what young forward Filip Zadina will bring to the NHL, but I think Detroit needs to improve defensively before they are able to compete in the Atlantic Division. The Bruins will be confident heading into this game, and I expect them to come out on top as winners.

The pessimist in me says that the Bruins will repeat history and finish the first 5 games with a 3-2 record, but I’m feeling bold, and if this team can build on what we saw last year, I think they can go a step further and be 4-1. The players will be desperate to put the playoff defeats behind them and start the season strongly in what promises to be a difficult Atlantic Division. The results remain to be seen, but I’d love to hear your predictions in the comments.