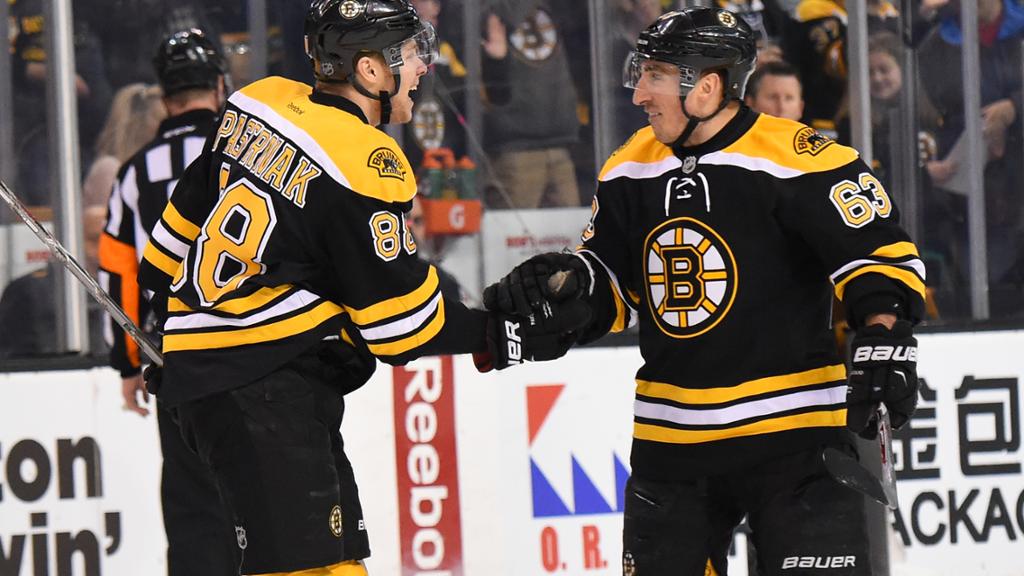 Predictions and sports pretty much go hand-in-hand in today’s world. Not only are predictions fun to make when the season is a little under a month away, but they are fun to look back on at the end of the season to see how accurate your predictions were.

Normally, I make my predictions in a Boston Bruins Facebook fan group, but since my arrival on the Black N’ Gold Podcast website in March of 2018, I am able to provide my predictions on the entire season from lineup predictions to statistics to standings to possible trades and playoffs. This will be a fun ride, let’s get into it.

This one is a fun one considering the amount of young talent that the Boston Bruins have available and a good portion of that prospect pool could get a chance in the NHL this season. On the flip side, the Bruins still have a large number of veterans that deserve a spot on the lineup, some due to their experience and skill value to the team, others just because of their contract. So, here are my predictions for the Bruins opening day lineup as of September 1st.

As many people throughout the community have been saying, I see David Pastrnak getting second-line minutes to start the season. Although the line of him, Marchand and Bergeron are one of the best in the entire league, the Bruins showed in the regular season that they lack deep scoring depth. Placing Pastrnak on the second-line alongside David Krejci and Jake DeBrusk could add some additional scoring threats to the Bruins offensive core. 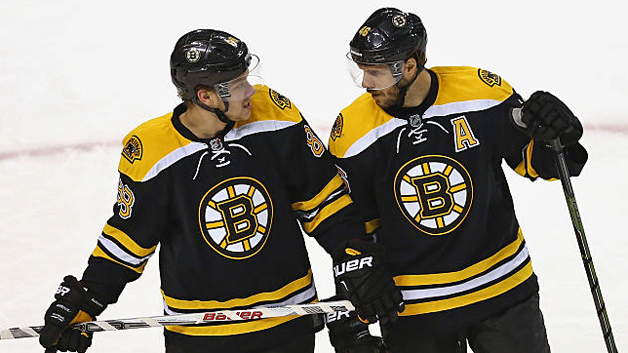 Another key position the Bruins are undecided on is the third-line center position. Numerous player on the roster could indeed fill that spot, but no official player has been given that role. Head Coach Bruce Cassidy said in an article published by the Boston Globe’s Matt Porter that the third-line center spot will have some competition come training camp.

“Studnicka, [Trent] Frederic, and JFK [Jakob Forsbacka Karlsson], our three center icemen. [Chris] Wagner played some center. Is it ideal for him? But that’s what he’d like. He wants to move up in the lineup. So you’re creating a bit of competition, but you’re also creating opportunity. I think if you go into the year and think, “We’re going to have five guys,” that’s a stretch. But what we’ve done, I think, and Donnie feels, it’s legit for us to stay more than competitive.”

Jack Studnicka seems to be one of the main guys that most fans and media members want on the third line, but I feel that Trent Frederic could get the job come October. I recently wrote an article about Frederic and you can check it out HERE.

As mentioned previously, the Boston Bruins have many top players that can find ways to rack up the points and in turn, hopefully, help lead the B’s to some victories on the ice. In fact, in Sportsnet’s recent Top 100 NHL Players article that was released on August 31, there were six Bruins players, tied with the Nashville Predators for the most players in the list. Boston’s players that were on the list were Charlie McAvoy (96th), Zdeno Chara (92nd), Tuukka Rask (80th), David Pastrnak (36th), Patrice Bergeron (18th), and Brad Marchand (17th).

When a team has a lot of star talent that can put up some high numbers, it isn’t very often that you see above point-per-game totals once the season ends. Connor McDavid on the Oilers and Taylor Hall on the Devils show that when a team lacks depth, the superstar player gets high point totals. 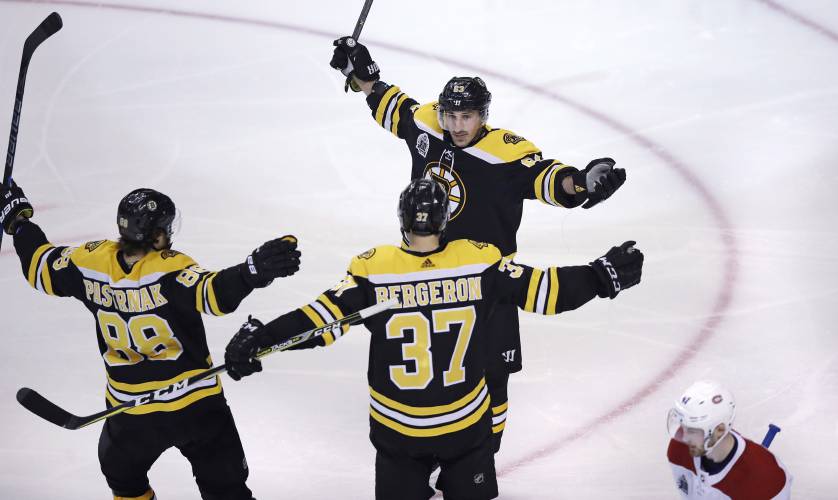 Prior to writing this article, I figured making statistic predictions would be a piece of cake, but rather, it is quite difficult. I figured Pastrnak would have a lower assist total than last year because I have him playing with Krejci, meaning he would not be the one passing the puck the most.

However, I do think that the trio of Marchand, Bergeron, and Pastrnak will be one, two, and three in the Bruins scoring race at the end of the year, even if they are separated throughout the campaign.

For defensemen, I think Krug will continue to be the main offensive threat, but McAvoy and most of all, Matt Grzelcyk will gain great strides offensively while Chara and the rest of them will not be as productive offensively in my mind. Obviously, there is room for debate and I would love to hear your thoughts as well.

The Boston Bruins will not have an easy trip to the playoffs at all. With the already stacked Tampa Bay Lightning and the Tavares, I mean, Toronto Maple Leafs, the Bruins may have to settle for third in the Atlantic division. 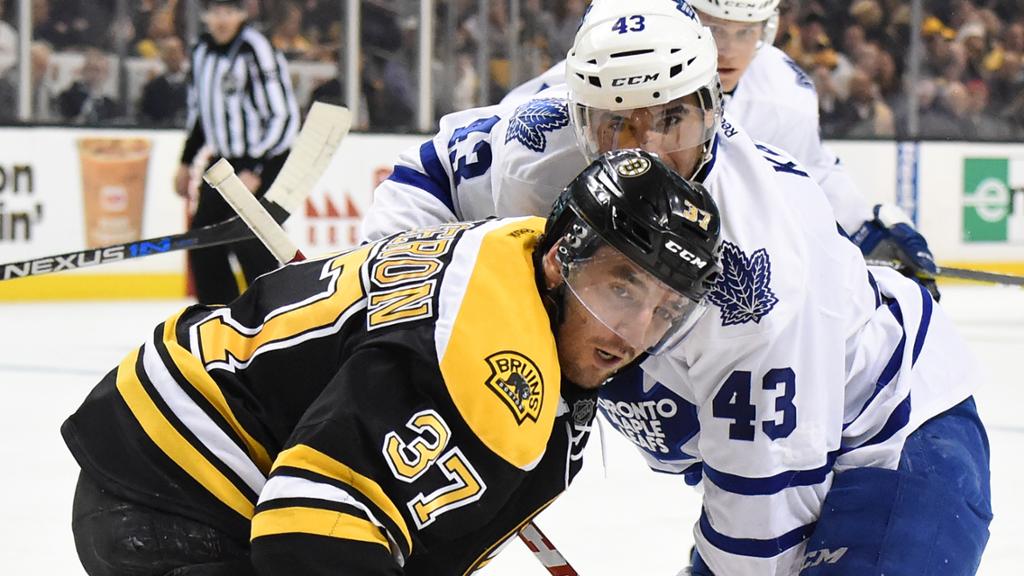 Aside from the Lightning and Maple Leafs being evident threats in the division, the Florida Panthers and Buffalo Sabres could find themselves in the mix as well. The Panthers missed the playoffs by only a single point last year and with the addition of Mike Hoffman this offseason, they could have improved the roster enough to secure a position.

The Buffalo Sabres may have finished last in the NHL last season, but with the acquisition of Jeff Skinner and 2018 1st Overall Pick Rasmus Dahlin, the Sabres could find themselves higher in the division then they were last year.

Of course, the division does have the bottom-feeding teams such as the Ottawa Senators, Detroit Red Wings, and Montreal Canadiens that the Bruins do not have to stress too much over but they will still need to pick up key victories against them in order to secure that divisional playoff spot.

The Metropolitan division is still one of the best in the league and could very well contend for the two Wild-Card positions in the Eastern Conference, leaving only the three division spots. If the Leafs and Bolts are already locked in that spot and the Panthers and Sabres are fighting their way into the postseason as well, then every single game could play out to mean a lot for the B’s.

Nonetheless, in my own personal opinion, the Boston Bruins will make the playoffs, finishing in the third seed behind Tampa Bay and Toronto. While Florida makes a strong case, I’m not sold on the fact that they will make it in the top three of the Atlantic division teams, but rather sneak into the postseason via a wild card.

I’m making this prediction in a completely separate category because the 2019 Winter Classic between the Bruins and the Blackhawks may be a tad bit underrated. The Bruins did not have the success they were looking for back in the 2016 Winter Classic against the Montreal Canadiens, losing 5-1 at Gillette Stadium in Foxborough, Mass.

Personally, I feel like there is a little bit of redemption wanted by the Bruins who were on that roster, especially Brad Marchand, who was suspended for three games for clipping Ottawa Senators player Mark Borowiecki. Many believe that the lack of Marchand at the January 1 outdoor game was the reason for the loss, as the locker room was left without one of their top players.

Not only will it be redemption for the Winter Classic, but this is arguably the biggest meeting between the Hawks and Bruins since the 2013 Stanley Cup Finals, where Chicago won in six games. Of course, at the end of the day, it is only a normal regular season game with no added benefits from winning the contest, except for bragging rights — and Boston would love to have some bragging rights.

Putting injuries, (and suspensions) aside, the Bruins are in the lead to win the game. Chicago finished last in the Central division last season and failed to make any big offseason moves. Jonathan Toews only scored 52 points in the 74 games he played in last season while goaltender Corey Crawford dealt with a suspected head injury that forced him to miss the final 47 games of the 2017-18 season.

If the Bruins can have a strong start to the season, I believe they will win the 2019 Bridgestone NHL Winter Classic held at Notre Dame Stadium in Indiana, improving their Winter Classic record to 2-1.

After making it to the Eastern Conference Semifinals last season against the Tampa Bay Lightning, the Boston Bruins will return to the 2019 Stanley Cup Playoffs, in a rematch against the Toronto Maple Leafs in the first round. The only difference is that Toronto will have the home-ice advantage.

As good as Toronto may have become with the acquisition of John Tavares, they are not quite as experienced defensively compared to the Lightning, who will win the division once again this season.

So, we have Toronto vs Boston for the second consecutive year. Unfortunately, I see the Maple Leafs winning this series, advancing to the second round against Tampa in seven games. The series will be another close battle but with the newly improved offense of Toronto, they will come through and Boston will enter the offseason after a first-round exit.

Well, that does it for this prediction article. Once again, these are all my predictions and I’m interested to hear your thoughts on every category listed. Make sure to check out the Bruins Pump-Up video made by myself and follow me on Twitter @tkdmaxbjj!