The Boston Bruins: A Beacon Of Hope And Strength In The Community

The Boston Bruins have made their mark on the city of Boston and the New England region since their inception in 1924. The Spoked-B has become a symbol of strength and hope for many throughout the years through the many heroic feats of players, historic comebacks, improbable victories, unmatched perseverance, determination, and the ability to bring the community together in the wake of a tragedy.

The most recent and most memorable experience of this was in the immediacy of the Boston Marathon bombings in 2013. The Bruins were tasked with healing a heartbroken city, to give some form of normalcy during a time where nothing seemed normal. The first game after the Marathon was that Wednesday, April 17, 2013 against the Buffalo Sabres. The tribute put together, and the reaction and passion of the crowd was unmatched; the emotion could be felt through the TV.

I was fortunate enough to be able to attend the next game on the 20th against the Pittsburgh Penguins. While neither games were won by the Bruins, the score was the last thing that mattered. Witnessing and being a part of the entire audience of 17,565 at the Garden singing the Star Spangled Banner was an experience like no other. It’s crazy to remember those moments were more than 5 years ago. The Boston Bruins brought the city back together, offered a distraction for a few hours and helped heal thousands of broken hearts.

It didn’t end just there, the magical season that was 2013 continued into the playoffs, most memorably with a stunning 3rd-period comeback victory in Game 7 against the Toronto Maple Leafs in the opening round of the Stanley Cup Playoffs. Down 4-1 halfway through the 3rd, it was all but over, but the Bruins, much like the city of Boston, managed to rally to a 5-4 overtime win to move on to the next round.

It’s moments like those that demonstrate how important sports can be to a city and a region. One game, even just one moment, can stand as a beacon of strength, hope, and resiliency at a time when it’s needed most. The team as a whole and certain players, in particular, exemplify this to the extremes. During the Stanley Cup Final against the Chicago Blackhawks in 2013, Patrice Bergeron played the final game of the series in which the Bruins lost with a myriad of injuries. The laundry list of ailments included a broken rib, separated shoulder, torn cartilage, and even a punctured lung. Other players have played with severe injuries over the years; Milan Lucic played with a broken foot in the 2011 playoffs, and Chris Kelly didn’t miss a beat after falling and smashing his face into the goalpost against Montreal that same year. Those feats of strength and performance alone serves as a reminder to keep fighting against all the odds no matter how beat up and torn down you’ve been.

The Bruins have served as a personal inspiration for many. It becomes a safe space, a community that provides an incredibly powerful sense of belonging, camaraderie, and resiliency. If it weren’t for the Bruins and the effect they’ve had on my life, I certainly wouldn’t be where I am today, and that I will forever be thankful for. 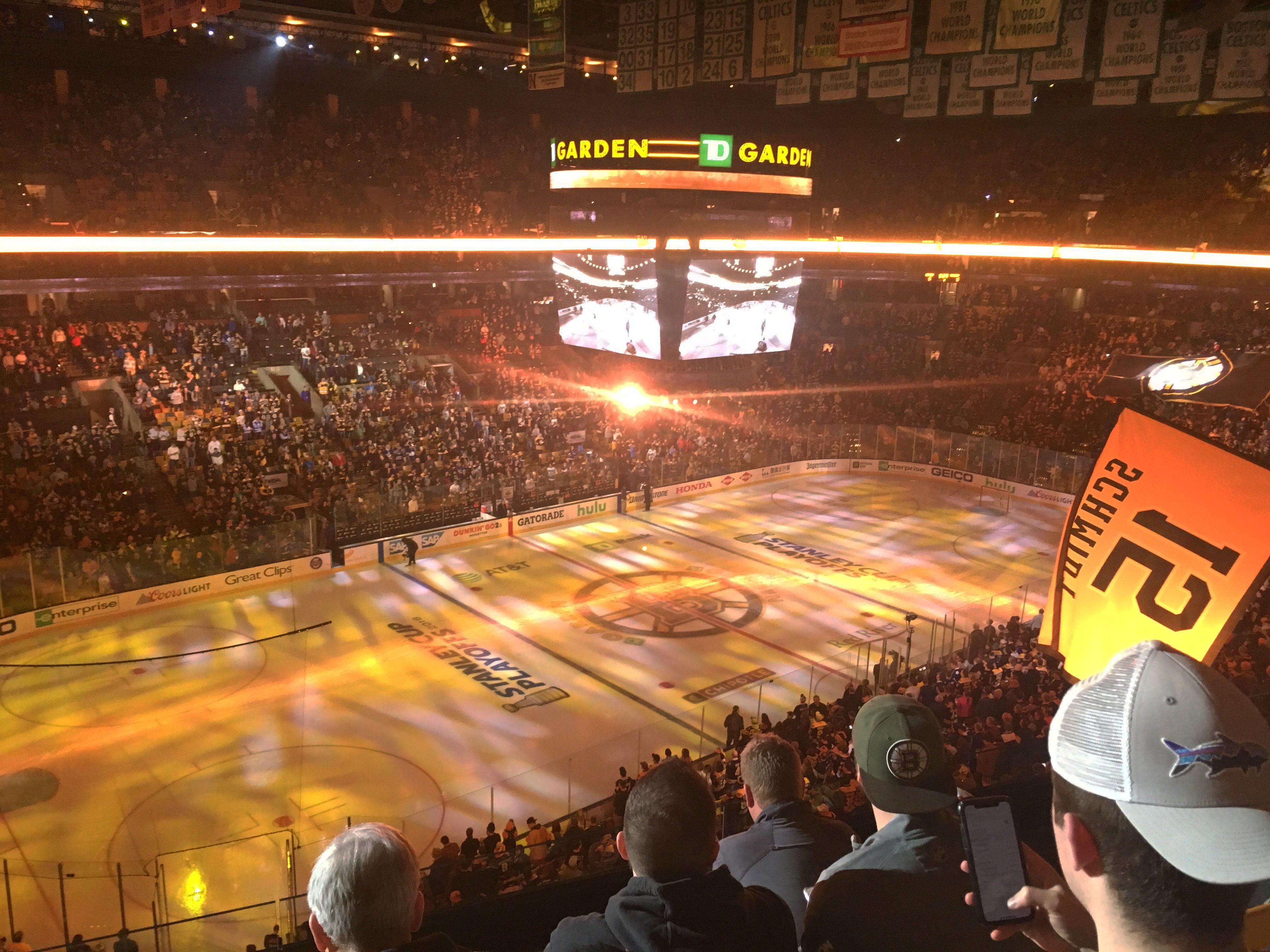 Nothing can match the electrifying, frenetic, intense atmosphere of the Garden during a playoff game (pictured above). Being there for Game 7 against the Toronto Maple Leafs this year on April 25, was a perfect example of the camaraderie, passion, and intensity of the Bruins community and fanbase. It’s a moment I’d kill to go back to and live through over and over and over again. The Boston Bruins have provided a massive, yet tight-knit community in Boston, New England, and even around the world for nearly a century, and it’s only growing and getting stronger. So to the Boston Bruins, thank you, for everything you do.