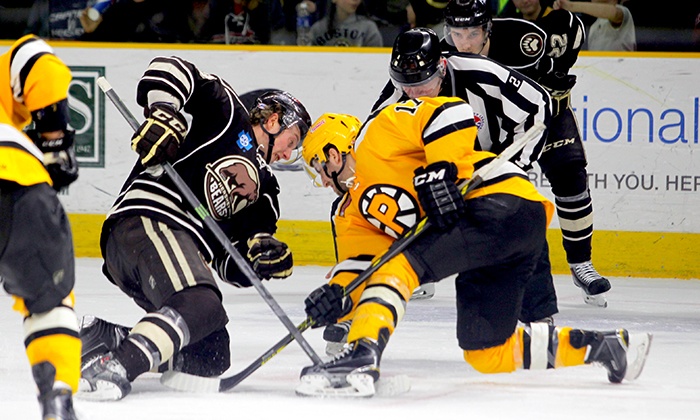 The American Hockey League announced today that they’ve agreed on a partnership with the internet streaming platform HockeyTech. This is great news for Boston Bruins fans that want to get more involved and keep up with the action of the organizations’ top minor-pro affiliate, the Providence Bruins. For many years the AHL worked with a company called Neulion which was the primary platform for hockey fans, but the video quality and stream interruptions frustrated subscribers that often had to pay hundreds per season to get their fix of AHL action.

The quote below was from the Official Press Release:

“HockeyTech is proud to launch AHLTV in a true partnership with the American Hockey League,” said HockeyTech founder and CEO Stu Siegel. “Using the most advanced, cutting-edge digital technologies, AHL fans will have the most innovative multimedia hockey viewing experience available worldwide.”

The recent partnership with the Neulion Company went back to early October of 2008 and charged $7.99 per game or $150 per season to watch your favorite team’s home and away games, and over $300 for the season to watch all the teams in the league either home or on the road. Well, after 10 years and thousands of paying customer complaints, there’s a new platform in town, and it’s called AHLTV, and it’s available on theahl.com website.

A message from Chief Executive Officer of the American Hockey League David Andrews:

“We are extremely excited to introduce AHLTV beginning this fall,” said David Andrews, President and Chief Executive Officer of the American Hockey League. “AHLTV reflects the high standards that our fans and stakeholders have come to expect from the American Hockey League, and HockeyTech shares our vision of bringing the excitement of AHL hockey as an enhanced digital experience to fans who can’t make it to the rink.”

Introducing #AHLTV, a whole new way to watch the AHL.

Check out the affordable prices below and sign up today and be ready for the Providence Bruins 2018-19 season which is expected to be a solid one with a boatload of talented Bruins prospects and supporting players under AHL deals.

The Stream Will Be Available On All Devices Below!