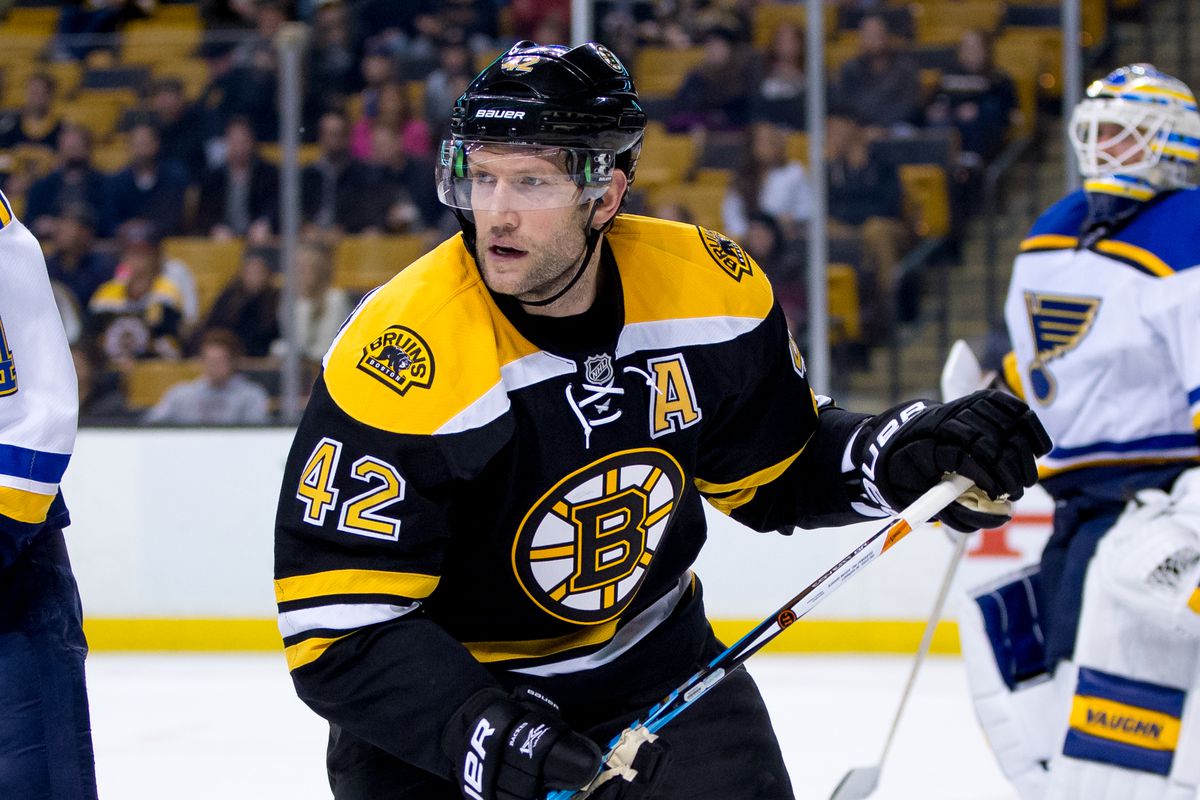 Coming into this season, there were only a couple of question marks when it came to who would be on this Bruin’s roster. One player, in particular, David Backes was primed to play a key role for the Bruins as he is taking up $6 million of the cap space allotted for the black and gold. With the top line solidifying their positions from last season, Jake Debrusk and David Krejci played themselves to another “must keep together pairing” last year as well.

With many players going to get a chance to play next to them, it was clear after a miserable opening night against the defending champion Washington Capitals that solving the open line spots would prove to be a difficult test. It did not improve much improvement the next night in their game against Buffalo when it became clear that center Sean Kuraly was overmatched being on the third line and that as versatile as Noel Acciari has been he is best suited for the right wing role on the fourth line – not at center.

After being on the right wing during the first two games, where he has played for much of his career, Backes was slid over to the third line center role to start off the third game of the season when Boston faced off against Ottawa. Backes was slotted into this role for the next five games, before taking a hit from Edmonton’s Matt Benning. During these five games, he proved to be proficient in the faceoff dot while failing to get himself on the scoreboard. The question about Backes now is how effective he will be upon his return to the lineup? With his season last year ending because of a concussion suffered from a hit by J.T. Miller hit, Backes has a history of injuries and in particular head injuries.

With Backes now missing time, newcomer Joakim Norstrom – whose performance had him placed on the Krejci line – is now being forced into third line center duties. To his credit, wherever they have played the 26-year-old veteran, he has given the Bruins solid play and looks like he will be their next Riley Nash. The question now remains about David Backes for when he returns from injury.

To his credit, Backes re-evaluated his game and body structure during the offseason and took it upon himself to slim down and get quicker as he shed about 10 pounds in the offseason. During the preseason, anyone could see he was quicker and slightly more agile – however, during those games he was on the right wing. At this point, we have enough of a sample size to know that David Backes should not be playing center. The only remaining question is; when he gets fully healthy is he still one of their best options on the right wing? Although this remains to be seen, the Bruins have reached a point that it is critical that Backes start putting points on the board as the secondary scoring on this team is lacking in so many ways. If his streak of games without a point continues upon his return, then Don Sweeney will quickly be looking at the waiver wire for the 34-year-old.

Although exposing such a veteran player and leader to the waiver wire sounds like a very risky move, especially this early in the season, in this case of Backes there is, in fact, little to no risk for Boston. To begin with, there are only 14 teams currently with enough cap space to even take on the $6 million albatross contract that comes with Backes and most of those teams would rather spend their cap money on their own soon to be RFA’s or one of the big name UFA’s who hit the free agent market after this season. Should he get claimed, then it solves Sweeney’s longer-term question about what to do with him next season, but when he makes it through to Providence, he will free up another $6 million bringing them to almost $10 million in usable cap space for the remainder of this season.

Sending the underperforming veteran down to Providence (or letting him get picked up by another team), opens the door for his roster spot to be taken by one of the younger players who is still working towards hitting their peak performance. As much as I too want to see the turnstile of wingers next to David Krejci stop turning, Danton Heinen is much better suited for the third line and seeing if either Cehlarik or Senyshyn can fill that void could really help the secondary scoring this team is lacking. Sweeney has shown that he is not afraid to put a veteran like him on notice as he did so with Matt Beleskey back in 2017. Backes does deserve a chance to come back from this injury. However, that doesn’t mean that Sweeney and Cassidy should give him a long leash for underperforming.