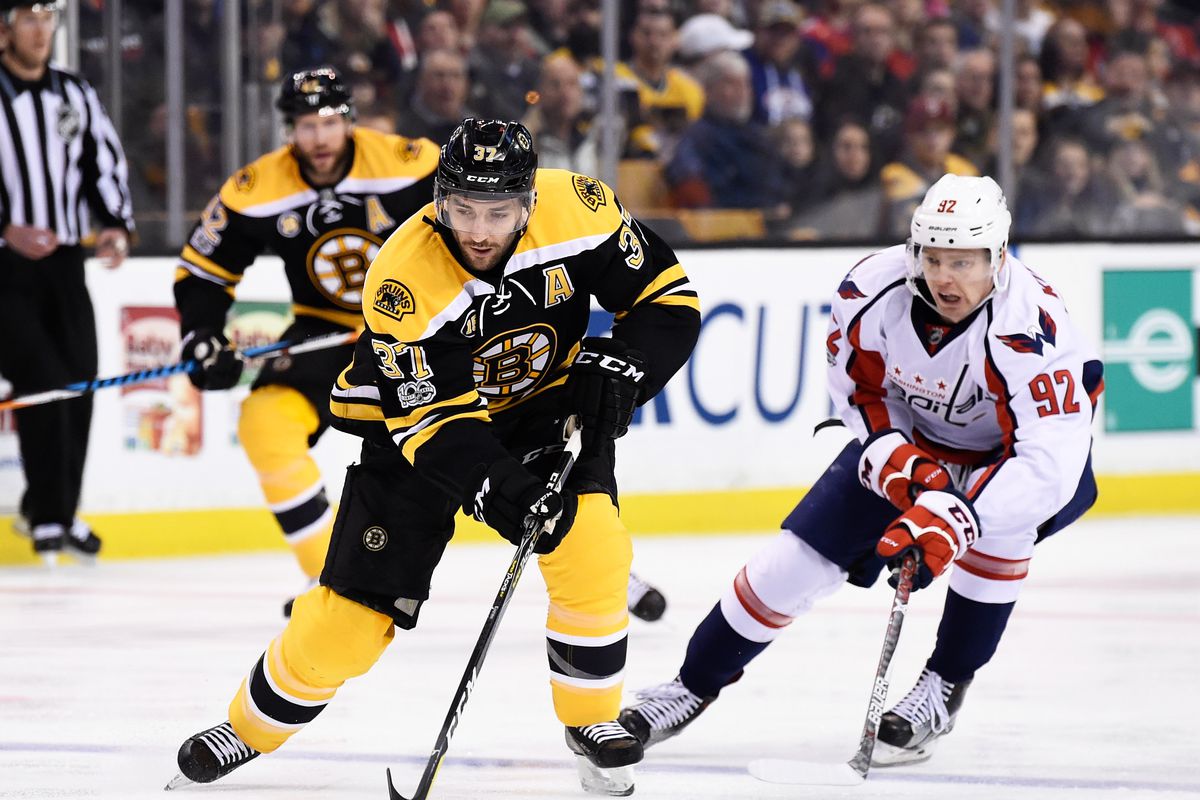 The Boston Bruins are set to kick off the 2018-19 season on Wednesday night, but a tall test stands before them in the form of the defending Stanley Cup Champions — the Washington Capitals.

Boston’s lines were unclear all preseason with prospects making bids for the opening-night lineup. Even with most being sent down to Providence, there were a number of forwards entering their sophomore seasons competing for top-6 minutes. However, based on this morning’s line rushes, we now have a pretty good idea of what to expect in terms of combinations.

It seems as though the Brad Marchand, Patrice Bergeron, and David Pastrnak line will stick together to start the season. They combined for 228 points last season and can potentially rise above those numbers — Bergeron and Marchand both missed time last season, falling shy of 70 appearances. Some argued that Pastrnak should be sent down to the second line to boost the production of Jake DeBrusk and David Krejci. However, it seems that coach Bruce Cassidy is confident in Danton Heinen’s ability to do just that. He did in fact score 16 goals and 31 assists in his rookie campaign last year.

Sean Kuraly has been promoted to the third line after centering the fourth line last season. With promising goal-scorer Ryan Donato, who produced nine points in 12 games last season, to his left and the veteran power forward David Backes to his right, Boston’s third line will be very versatile and potentially very effective across the entire playing surface.

Noel Acciari will be centering the fourth line after playing on the wing last season, notching 10 goals and one assist in 60 games. The 26-year-old is a center by trade and took on that role for the majority of the preseason. Flanking him are Joakim Nordstrom and Walpole, Mass. native Chris Wagner. It seems Anders Bjork won’t be getting the nod on opening night despite having a strong performance in Boston’s last preseason game — Bjork’s first and only preseason game due to an injury. It is likely due to Wagner and Nordstrom’s performance during the preseason which showcased the chemistry the two forwards have formed. It could also be a precautionary measure to ensure Bjork is 100-percent before hitting the ice.

Zdeno Chara and Charlie McAvoy will return as the Bruins’ top two defensemen. Boston’s oldest player is just five goals short of 200 for his career while the youngest Bruin is looking to top his 32 points from last season. With Chara’s big frame and defensive strengths, and McAvoy’s offensive flair, the pair can do it all. It will be interesting to see how much the 20-year-old has improved with a full NHL season under his belt and if the 41-year-old still has what it takes to thwart the best lines in the NHL. 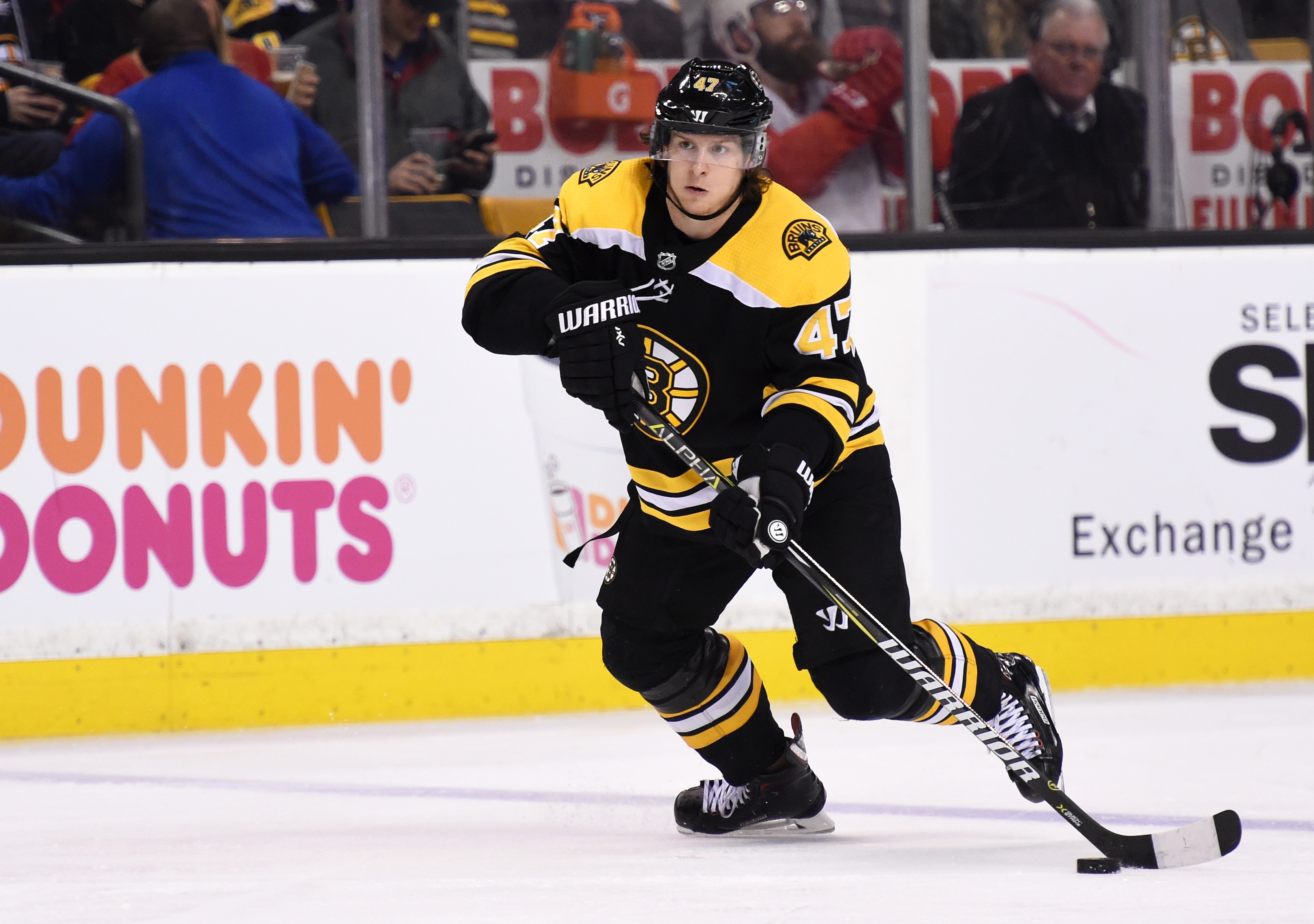 With Torey Krug out for at least three weeks with a lower-body injury, Cassidy has decided to stick Brandon Carlo and John Moore on the second defensive pair. It would have been Krug’s 399th NHL appearance. However, the alternative pair could be a shut-down duo with both bringing strength in their own zone and physicality. Matt Grzelcyk is dressed due to Krug’s absence and will play with Kevan Miller. Grzelcyk is known for moving the puck while Miller is for defensive-minded. However, the latter improved his offense last season, and we’ll soon see if he has continued growing that part of his game.

Tuukka Rask will get the start for Boston against the Capitals and will be making his 450th NHL appearance. He is coming off a 34-15-5 record last year, which was supported by a .917 SV% and 2.36 GAA. Rask struggled early on in the 2017-18 campaign so a win against the defending champs would be a great way for the goaltender to begin the season on a high note.

It’s hard to talk about the Washington Capitals without mentioning Alexander Ovechkin. After taking home the award this past summer, the captain is now a 7-time Maurice Richard Trophy winner thanks to his 49 goals last season. He went on to take home the Conn Smythe Trophy and Stanley Cup after a 27-point postseason in 24 games. But will a Stanley Cup hangover plague Ovechkin and the rest of the Capitals?

Capitals lines and D this morning (vs. Boston tonight):

Wilson is in NY for hearing.

Evgeny Kuznetsov will be Ovechkin’s center once again this season after the two found success last year. Kuznetsov notched 27 goals and 56 assists during the 2017-18 campaign. However, the line’s usual right winger will not be in Washington on Wednesday but in New York.

Tom Wilson had a hearing for a hit on the St. Louis Blues’ Oskar Sundqvist. Wilson has been suspended for 20 games after being suspended on three separate occasions during the 2017-18 season. It’s not surprising that the league decided to come down hard after this hit during the preseason:

Tom Wilson levels Oskar Sundqvist with an open ice hit to the head.
How many games will he get suspended for this one? 🤔🏒#ALLCAPS | #STLvsWSH | #NHL @FrankDangelo23 pic.twitter.com/KI1fos9j9y

Former Bruins forward Brett Connolly will be taking Wilson’s place on Washington’s first line. Connolly scored just nine goals and 16 assists during his 76-game tenure in Boston but registered 15 goals and 12 assists in 70 games with the Capitals last year. It will be interesting to see what Ovechkin and Kuznetsov can do for Connolly’s numbers, even if it is only for 20 games.

Following suit is the line of T.J. Oshie, Jakub Vrana, and Nicklas Backstrom. The latter is just a single point shy of the 800 mark, and with time on the power play as well as being Oshie’s designated center, the 30-year-old could very easily reach that plateau against Boston. Meanwhile, Andre Burakovsky will see time on the third line alongside Lars Eller and Chandler Stephenson. Burakovsky registered 25 points last season and will look to improve on those numbers during his fifth NHL campaign.

Rounding out Washington’s forwards is Nathan Walker, who is set to make his 10th NHL appearance on Wednesday, accompanied by Nic Dowd and Devante Smith-Pelly on the fourth line. Smith-Pelly came up with just 16 points in 75 games last season but caught fire during the Capitals Stanley Cup run with seven goals. 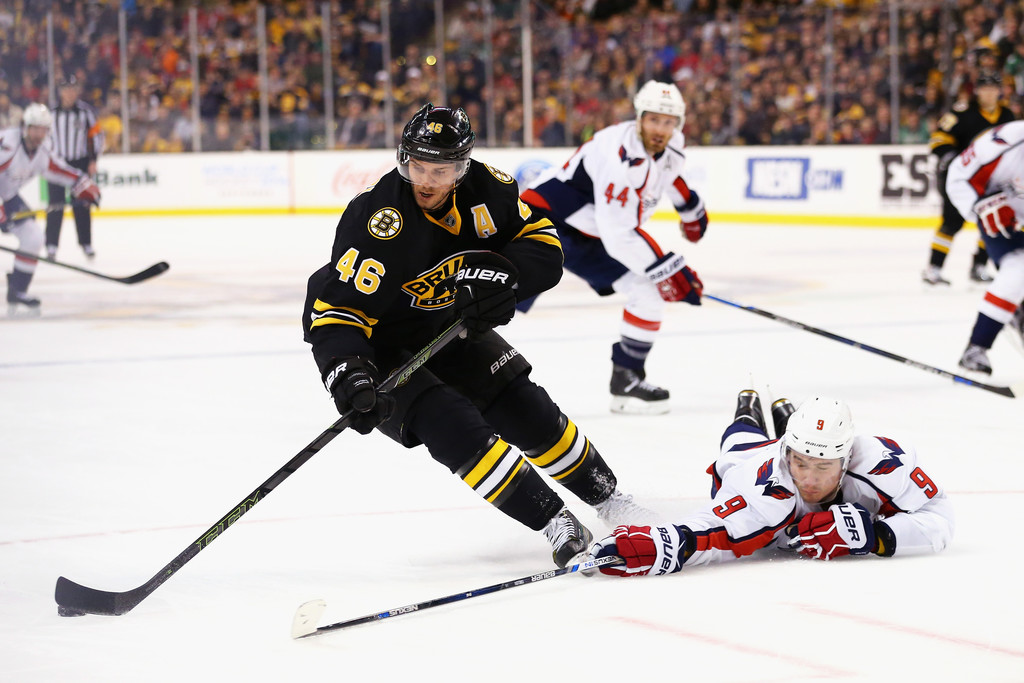 Dmitry Orlov and Matt Niskanen will take on the duties of shutting down Boston’s top line on Wednesday. Niskanen is just two points shy of totaling 300 in his career. With a smooth transition game, the top-pair defender could crash through that barrier against the Bruins. On the second pair is Christian Djoos who had a strong rookie campaign, registering three goals and 11 assists. He is accompanied by John Carlson who logged close to 25 minutes of ice time per game last season.

The veteran Brooks Orpik finds himself on Washington’s bottom defensive pair alongside Madison Bowey who will be kickstarting his sophomore season. Bowey is searching for his first career NHL goal after coming up with 12 assists in 53 games during his rookie campaign. The Capitals have stellar depth at defense so the Bruins will need their bottom six to come up big if they want to start the year off with a win.