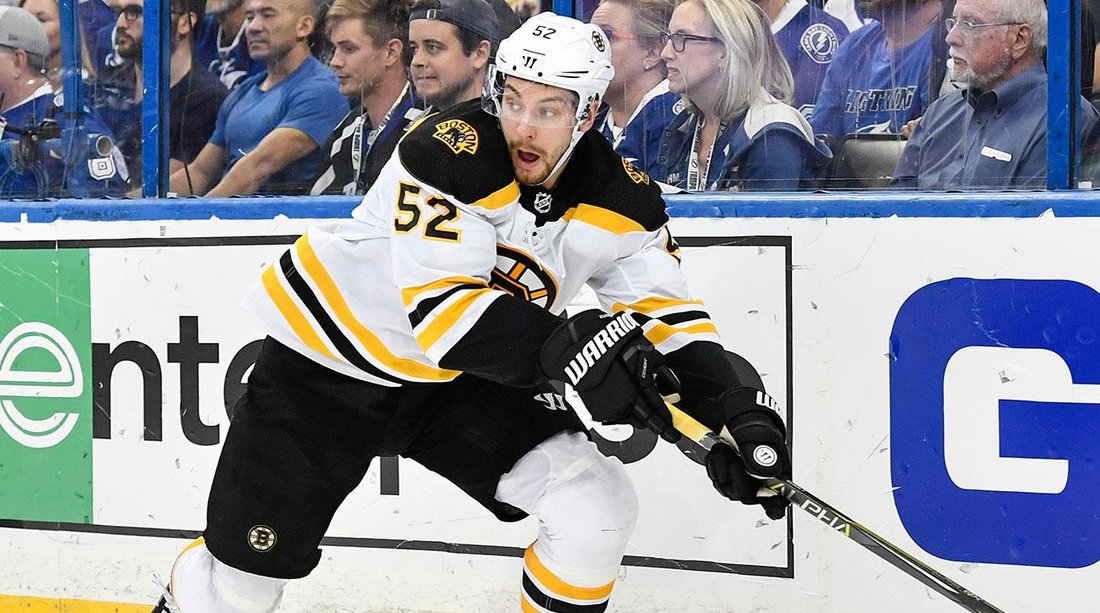 Just mere seconds into the game, TJ Oshie slammed home a one-timer to give the Caps the early lead.

About a minute later, Sean Kuraly went to the box for a tripping penalty. Two seconds into the power play Evgeny Kuznetsov buried a loose puck past Tuukka Rask to double the Capitals lead just 1:47 into the game.

The Bruins continued to struggle to find their legs early in the game as Rask bailed them out on a few different occasions. Jakub Vrana took a slashing penalty with 11:34 to play in the period as the Bruins went to the power play for the first time.

The Bruins were unable to get many chances as the Capitals killed off the penalty. After a nice steal by Danton Heinen behind the Washington net, Jake DeBrusk rang the post, which nearly cut the Capitals lead in half.

The Bruins seemed to find their legs as the period went on but were unable to find the net despite some good scoring chances.

Alex Ovechkin nearly tripled the Capitals lead with a shot off a great feed from Kuznetsov early in the period but Rask made an incredible pad save to keep it a two goal margin.

Brad Marchand went to the box for tripping with 16:59 to go in the period as the Capitals went on their second power play of the game. Ovechkin got his revenge on Rask with a goal on a great pass from Nicklas Backstrom to give the Caps a 3-0 lead a little over a minute into the power play.

After a bad turnover by Matt Grzelcyk, Nic Dowd scored on a spinning backhand to up the Capitals advantage to 4-0 two minutes after the Ovechkin goal.

The Capitals would get another crack on the power play as Kuraly took another penalty, this time for holding. Kuznetsov scored again on the man advantage as Rask failed to stop a bad angle shot. Jaroslav Halak replaced Rask with 12:32 to go in the period.

EVGENY KUZNETSOV WITH THE BEAUT OF A SHOT FROM AN EXTREMELY TIGHT ANGLE!

Kevan Miller took a penalty for a cross check with 6:06 to play in the period as the Capitals power play took to the ice yet again. David Backes went to the box for a slash that gave the Caps a five on three power play which John Carlson quickly cashed in on to make it 6-0.

Early in the period the Bruins had a bit more jump than they had at any point in the game and Halak got involved with a couple of good saves.

The game moved a lot faster in the last period as the Capitals seemed to go into cruise control with such a big lead. Madison Bowey went to the penalty box with 11:35 to play after he cross-checked Marchand.

The Capitals got a few chances while short handed and Halak made a few incredible saves including a glove save on a great opportunity by Nathan Walker. The Bruins were unable to score on the power play as their offensive struggles continued.

Lars Eller made it a seven spot on the scoreboard as he got free of the Bruins defense and beat Halak on his stick side with about nine minutes to play.

Too many goals to keep up…here’s No. 7 from Lars Eller 🔥 pic.twitter.com/E59YZ4IPyi

With about six minutes to go, Marchand and Eller dropped the gloves after Eller appeared to chirp the Bruin bench after scoring earlier in the period.

Three Stars of the Game:

First Star: Kuznetsov. The Capitals forward was the best player on the ice and set the tone early with a power play goal that got the crowd going.

Second Star: Ovechkin. The Caps captain was his usual self in this game and made sure his team was ready to go right from puck drop. He buried a goal in the second period with his trademark slap shot for his 608th career tally.

Third Star: Backstrom. The Swedish center totaled three assists and was a big part of the Caps quick start to the game.