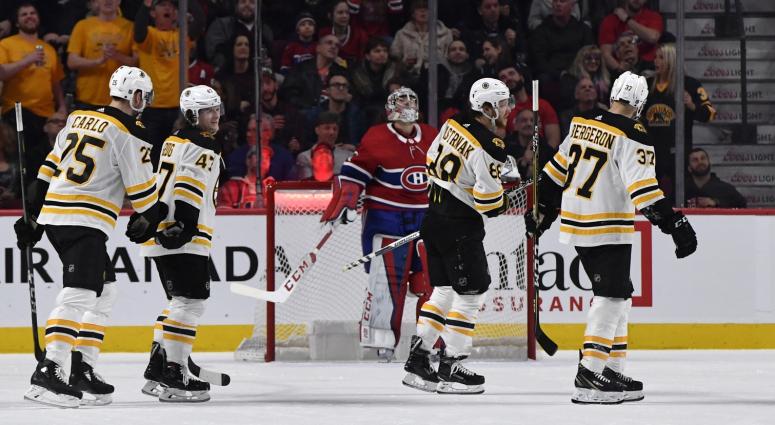 Following a sub-par Canadian road trip, the Bruins returned home against the Philadelphia Flyers on Thursday night – picking up a 3-0 victory over the Flyers. The win marked the second-consecutive “W” for the Bruins, after defeating the Ottawa Senators 4-1 on Tuesday night.

The Bruins now turn their attention to the Montreal Canadiens, who sit fourth in the NHL’s Atlantic division with a record of 5-2-2 after nine games. Montreal will come to the TD Garden in Boston with an away record of 1-1-2, while the Bruins have an undefeated home record of 4-0-0. This will be the 743rd official game between the Bruins and Canadiens – Boston entering the October 27th meeting with a 279-351-103-9 franchise record against the Habs.

One of the biggest storylines for Boston over the past few games has been the number of injuries to the team with Torey Krug, Kevan Miller, Urho Vaakanainen, Charlie McAvoy, and David Backes all out of the last game, the Bruins have been quite depleted. On the flip side, the Canadiens have three players on the injured reserve – Shea Weber, David Schlemko, and Tomas Plekanec.

Bruins Head Coach Bruce Cassidy did mention on Friday that “there’s a chance” that Krug plays in his season debut against Montreal. Krug has not yet played during the 2018-19 season due to a left ankle injury suffered in the preseason.

🎥 Bruce Cassidy on the status of Torey Krug: "He's very close…there's a chance he could play tomorrow. We'll see how he finished [practice] today and how he feels." pic.twitter.com/DOu0403GFe

Instead of breaking down every individual on that Bruins top line, it is fair to say that the entire line of Brad Marchand, Patrice Bergeron, and David Pastrnak is the best thing going for the Boston club so far this season.

Zdeno Chara scored two goals against Philadelphia on Thursday, playing over twenty-two minutes on the ice, trailing only Brandon Carlo for Bruins time-on-ice in the Flyers game.

Recently-acquired Max Domi has been nothing short of solid for the Canadiens to start the 2018-19 campaign, scoring four goals and six assists for ten points in nine games played thus far. The Winnipeg, Manitoba, Canada native was traded to Montreal by the Arizona Coyotes in exchange for Alex Galchenyuk last June.

With the absence of Shea Weber, Jeff Petry has taken hold of Montreal’s blueline, playing around the 23-minute mark in each of his last five games. Petry has nine points (eight assists) for Montreal so far and he could continue to be a threat for Boston.

While the Bruins depth still remains quiet, they helped win the Flyers game. Boston’s top line did not earn a single point in the 3-0 win, but David Krejci, Danton Heinen, and Jake DeBrusk all added a point in the outing. Still, aside from Krejci, DeBrusk and Heinen, no other Bruin forward has more than three points and that needs to change. Boston cannot rely fully on 63-37-88 to carry the team for the entirety of the regular season and playoffs.

Tuukka Rask has not been too great to begin his ’18/’19 season. In five starts, Rask is 3-2-0 with a goals-against-average of 3.38 and a save percentage of .901%. Bruins Head Coach Bruce Cassidy confirmed that Tuukka will get the start in goal, even though Halak is coming off of his second shutout in five starts. A win over the Habs could be a good turnaround for Rask as the season carries forward. 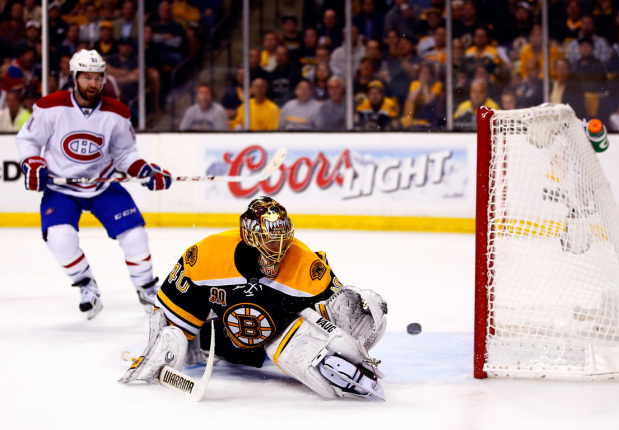 Carey Price has not been too hot for Montreal like Rask has not been too hot for Boston. In six starts, Price has a 3-1-2 record with a 2.48 GAA and a .906 SV%. While his numbers are slightly better than Rask, he too needs to bring his game up if Montreal wants to remain in the top four in the Atlantic division standings. No official word has been released at this time if Price is starting, but the belief is that he will due to Niemi’s start in Thursday’s loss to Buffalo.

It could once again be a battle of who scores more goals. With poor goaltending on either side of the hockey rink and a depleted Bruins defensive core, don’t expect to see an extremely defensive hockey game on Saturday night.

The Canadiens have surprised the National Hockey League so far, or at least the teams they have placed against thus far, for their speed and skill on the puck – mainly by their young players like Domi, Drouin, and Kotkaniemi.

Taking notice of the Habs’ speed, Hudon draws in, and more from Canadiens practice in Boston on Friday.

Montreal will look to attack the Bruins blueline with blazing speed through the neutral zone and score early and often against Tuukka Rask. If the Canadiens can get into the Bruins head early and keep the consistency for the remainder of the game, then the B’s could be in some trouble.

For Boston, they need to play solid defence and hope to capitalize on the possible mistakes that the young Montreal players will most likely make. The dangerous first-line of Boston needs to put out the true scoring threat and make the Canadiens less-willing to attempt that risky play.

The first of four meetings between Boston and Montreal takes place tonight at 7:00pm EST in Boston. A win for the Bruins would make it three-straight before a pair of road games against the Hurricanes and Predators. Montreal looks to get back to their winning ways as well, only losing their second regulation loss to Buffalo. A victory over the Bruins could bring back the fear that the Canadiens could be a possible contender in the Atlantic Division.