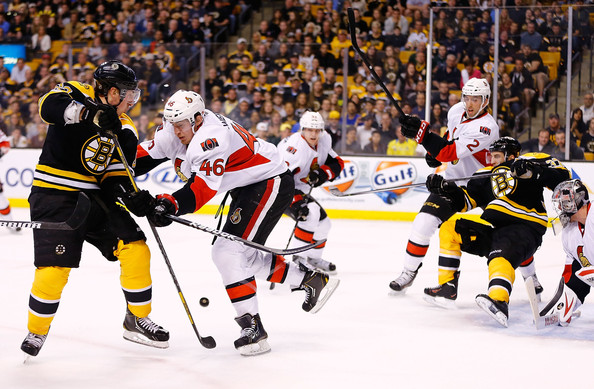 The Boston Bruins are set to take on the Ottawa Senators in a Columbus Day matinee matchup. Both teams are coming into their third games of the 2018-19 regular season.

Boston (1-1-0) has told the tale of two completely different teams. They lost 7-0 in the season opener before defeating the Buffalo Sabres 4-0 the following night. Ottawa (1-0-1) lost their opener in overtime to the Chicago Blackhawks by a score of 4-3. They then went on to defeat the Toronto Maple Leafs 5-3 on Saturday.

Tuukka Rask and Mike Condon are expected to get the starts in Monday’s game. The Bruins have also shown signs of giving their lines a shake-up, moving Ryan Donato to the second line to play alongside David Krejci and Jake DeBrusk. Boston’s strong defense, however, looks like it will stay the same.

Brad Marchand registered four assists against the Sabres in Boston’s only victory in this young season. After putting up 85 points in 68 games last year, Marchand has shown that he is very capable of topping those numbers during the 2018-19 campaign. He is a big key to the Bruins’ offense and power play, so the rest of the team’s forwards are bound to fall in line.

Zdeno Chara potted a goal, assisted of course by Marchand. In addition to his offensive production, the Bruins’ captain has played great defense. He has a plus-minus rating of just minus-1 despite seeing 18:46 against the Washington Capitals in their season-opening blowout. 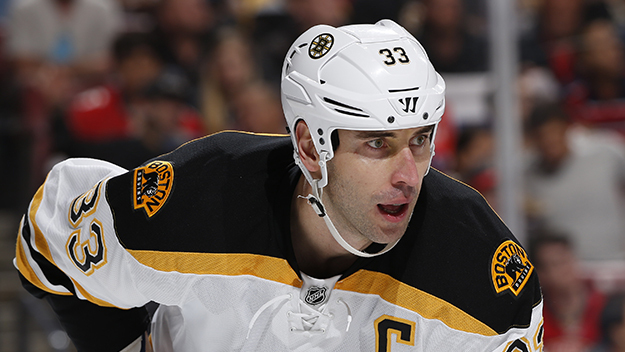 21-year-old Thomas Chabot has been red-hot for the Senators so far this season. In two games the defenseman has two goals and two assists, all at even strength. If Ottawa’s offense is to get going on Monday, they will need Chabot to be producing once more. He has soaked up 21:19 in ice time between the two games, and could even see a boost in minutes against the Bruins if he remains effective.

Senators center Zack Smith has also been a big source of the team’s production thus far. He nabbed a goal in the season-opener and added two assists against the Maple Leafs on Saturday. Smith has seen time between Mikkel Boedker and Mark Stone, which foreshadows more production as the team moves forward.

It’s no secret that Tuukka Rask struggled in the season-opener against the Capitals. In his 450th career NHL regular-season appearance, the goaltender made 14 saves on 19 shots, equating to a .737 SV%. He was pulled after just 27 minutes of action and was handed the loss. Boston’s defense was not up to snuff in front of Rask during the game, allowing way too much time and space, but the Fin let a couple of easy ones slip past, which added to Washington’s ability to put a touchdown on the scoreboard by the game’s end.

David Backes has once again struggled in what is the start of his third season in Boston. Not only has the 34-year-old failed to come up with a point in the first two games, but he hasn’t even registered a shot on goal. If the Bruins are to find consistent success, they will need all four of their lines to produce goals. Backes hasn’t shown any signs of life besides throwing a few hits so he will need to come up with more unless he wants to start watching games from the ninth floor. 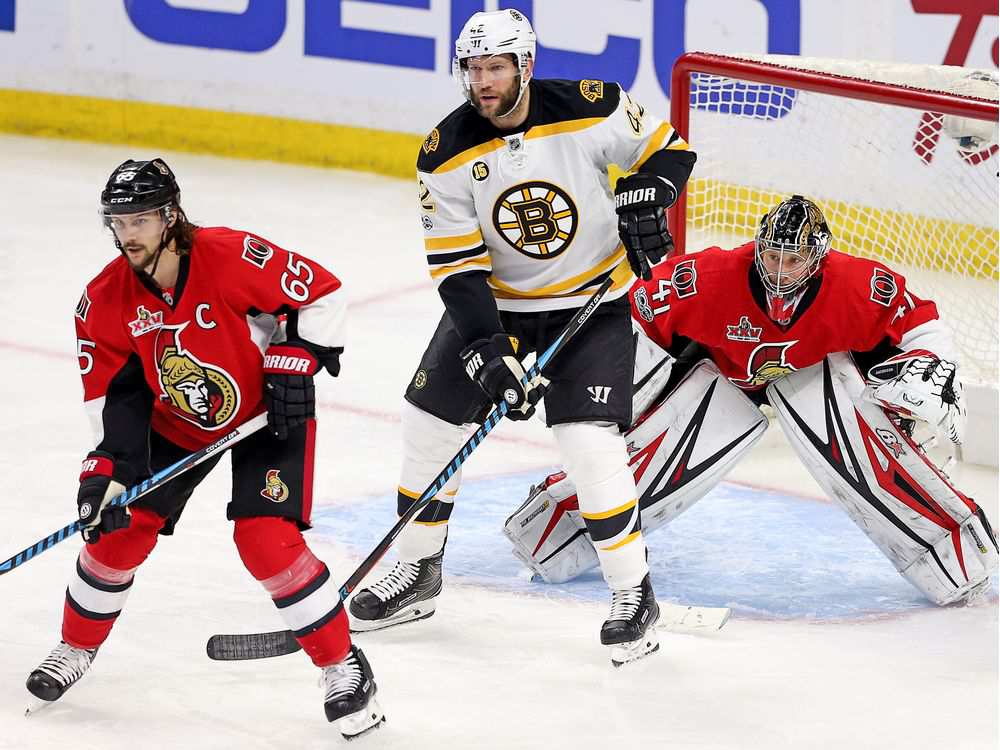 Sean Kuraly has also seen his fair share of struggles. In two games Kuraly has taken two minor penalties and has only been credited with two shots on goal. He still needs to work on his defensive game in order to become a formidable two-way centerman — an important characteristic of a bottom-6 forward. Kuraly also has yet to register a point in his first two games, receiving an average of 13:43 of ice time, which is the third-lowest of all Bruins appearing in the season’s first two games.

The Bruins will need to have another performance like the one we saw against the Sabres. Although the Senators were one of the weakest teams last season, they can’t be taken lightly — their defeat of the Maple Leafs speaks to that. Despite losing Erik Karlsson, Ottawa has proven they have plenty of talent that can put them over the top.

Boston needs to have consistent pressure and make Ottawa chase the puck. In an effort to thwart this notion, the Senators must focus on taking down the Bruins’ top two lines. Boston’s third and fourth lines have been below average, so look for Ottawa to really focus on the Bergeron and Krejci lines.

This is the type of game that can go in two polar directions — either a high-scoring blowout or a one-goal grind. The Bruins are coming off of a three-day resting period, so we’ll see if they are still riding the high of their 4-0 shutout from Thursday.