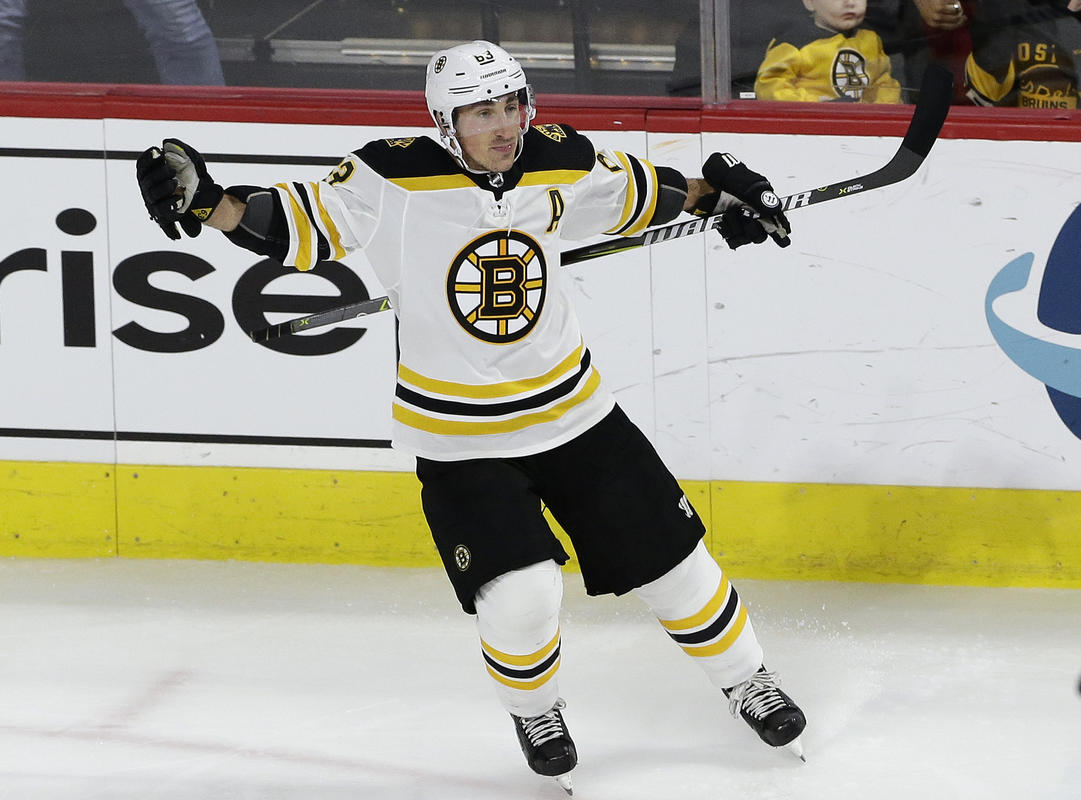 Brad Marchand has made a name for himself as one of the most prolific goal scorers in the league and a tenacious agitator always able to provide his team a spark. He is the only player in the NHL who has scored at least 34 goals in each of the previous three seasons, so his relatively slow start in the goal scoring department heading into the Boston Bruins game against the Carolina Hurricanes was really surprising.

He managed to score two goals against the Hurricanes, though. The first one tied the game near the end of the second period and his next one in the third period ended up being the game winner. The two goals equaled the total he had all season up to that point through 11 games. It’s not like Marchand hadn’t been making plays, though. He had 11 assists in those 11 games, and the top line had been carrying a disproportionate chunk of the Bruins offensive production.

After a close vote, you chose Brad Marchand as last night's @JetBlue Player of the Game. pic.twitter.com/UKVmtPMlyU

His linemates Patrice Bergeron and David Pastrnak had combined for 17 of the 34 goals the Bruins had scored in those first 11 games. It seemed like it was only going to be a matter of time before Marchand began finding the back of the net more frequently, and perhaps this Hurricanes game will be the start of a goal-scoring stretch more typical of what Marchand has become accustomed to.

Marchand hasn’t averaged fewer than two shots on goal per game in any season since 2013-14 when he averaged 1.82 shots on goal per game. The Hurricanes game was a welcome development from him, as he got five shots on net, which was his season high thus far. He’ll have to pick up the goal-scoring pace a bit if he wants to secure his fourth consecutive season reaching the 30 goal plateau, as he now has 70 games to light the lamp 26 more times. Considering that he scored 34 goals in 68 games last season, he’s certainly capable of that rate, and playing alongside guys like Bergeron and Pastrnak will provide him ample opportunities to score as this season continues.