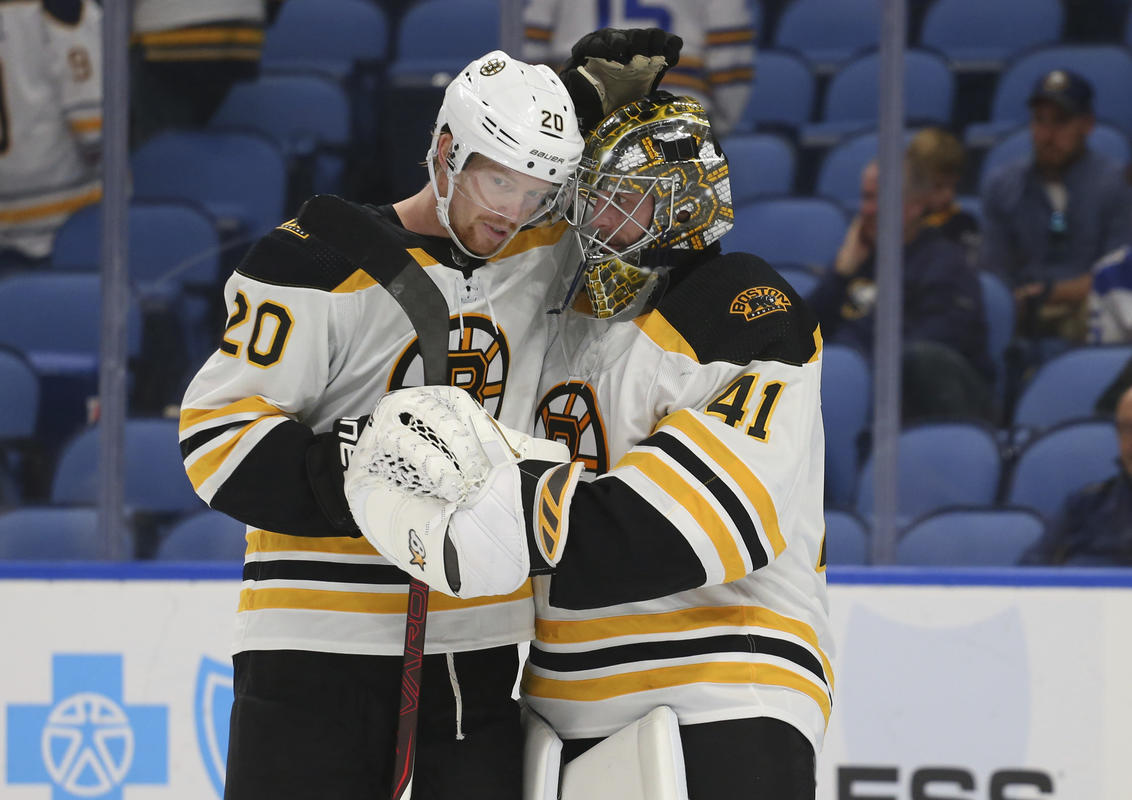 The Boston Bruins made the decision to sign Jaroslav Halak as a free agent this offseason to serve as Tuukka Rask’s backup goaltender. The contract Halak received was for two years and $5.5 million, and the Bruins can expect him to be a solid backup when Rask needs a breather.

Rask has averaged about 62 games per year over the previous five seasons and is one of the premier goaltenders in the league when he’s on his game. Halak ideally won’t have to carry too much of a load this season, and a team is really in great shape in terms of their goaltending situation if they can boast Halak as their backup.

Anton Khudobin served as the backup for Rask last season, but he signed with the Dallas Stars this offseason for two years and $5 million. Halak is set to make about $250,000 more per year than Khudobin, but it’s probably worth the slight price increase for the Bruins.

"It would be awesome if we only got the win. But it makes it more special with the shutout. I think it was a great team effort."

Halak had what was probably his best season back in 2011-12 when he played for the St. Louis Blues. He put up a .926 save percentage, which was the highest of his career among seasons where he has played at least 10 games, and a career-low 1.97 goals against average. He finished sixth in Vezina Trophy voting that year and shared the Jennings Trophy with Brian Elliott. Halak started 46 games that year for the Blues while Elliott started 36, so Halak was the main option for the duo that gave up the fewest goals in the NHL that season. He has quite an impressive track record to be a team’s backup.

Halak is already proving to be a reliable asset for this Bruins squad. He had a shutout in his first start of the year against the Buffalo Sabres on October 4, saving all 32 shots against him. He also came into the Bruins opening game against the Washington Capitals after Rask gave up five goals on just 19 shots. Halak managed to save 16 of 18 shots in what was basically mop-up duty for a disastrous Rask start.

Halak had a relatively poor season with the New York Islanders last year, but the Islanders gave up a league-leading 35.6 shots per game. The Bruins defense was more stingy last season, giving up just 29.3 shots per game, which was the second-fewest in the league.

Halak is going to benefit from not having to face such a barrage of shots every appearance he makes, and his stats are going to likely improve as a result. He was an All-Star back in 2015, and if his early performances this season are any indication, it was a smart signing by the Bruins. They’re going to be getting some solid performances out of him when Rask gets a rest.