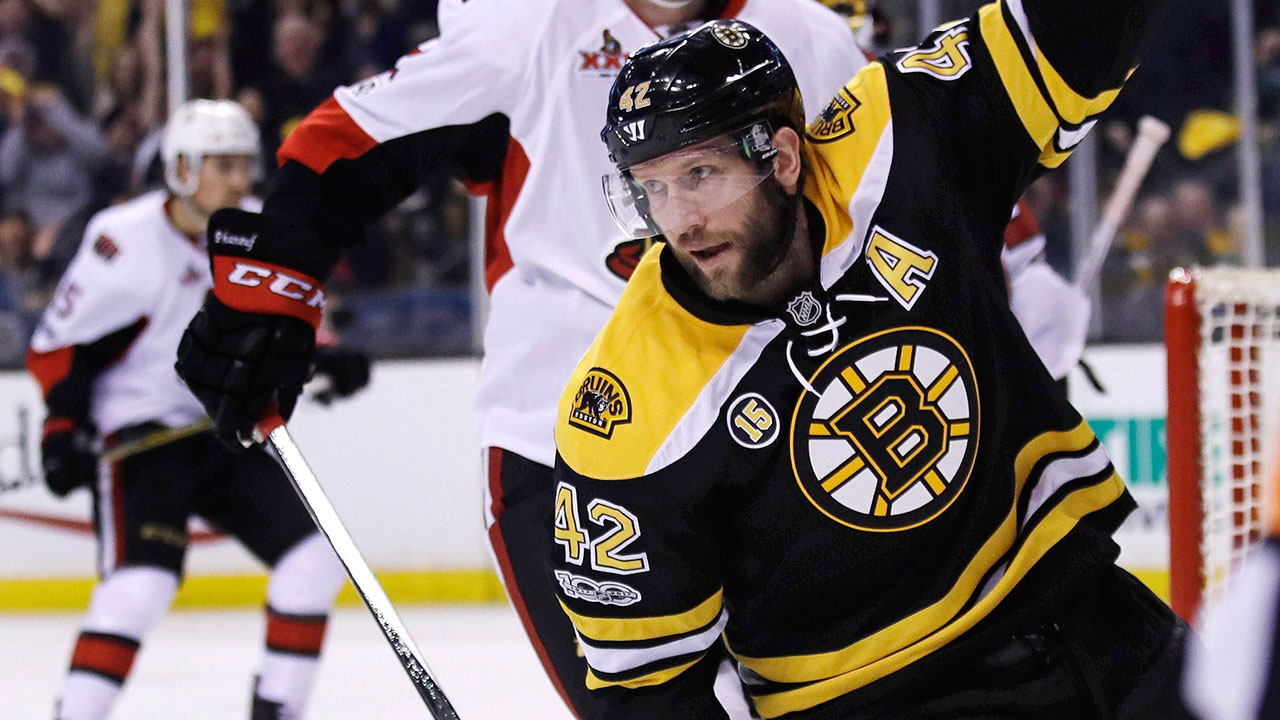 By: Michael DeRosa | Check me out on Twitter @michael_derosa4

When the Boston Bruins signed David Backes to a five-year, $30 million deal during the 2016 NHL Offseason, it was met with mixed reviews. There is no question that the former Blues’ captain was expected to be a top-six forward for the team. He had been one of the best power forwards in the league for a number of years at that time. However, many analysts felt that the term on the deal would end up hurting the Bruins. As we are now in the 2018-19 season, it is now time for us to be a bit worried that this may end up being the case.

It is absolutely clear that the veteran has struggled this season so far. He has been held pointless in 12 games and already had another concussion scare this season. Injuries have definitely been hitting him frequently since he began his tenure with the team, but none more so than with his head. This could likely be what is behind his significant drop in production this season, as he received another concussion during the postseason last year.

David Backes is not on the ice for practice in Ottawa. #NHLBruins

It is also clear that last season he had a decent amount of success playing on the third line. With 33 points in 57 games, it is fair to state that he was providing the team with some very solid secondary scoring. Although the numbers did not necessarily replicate the $6 million cap hit he possesses, it did show that he was a valuable part of this lineup. So with that being said, it is pretty concerning seeing the extremely cold start he has had this season. One has to wonder if he could turn it around.

However, for that to occur, he has to fight his way back up the depth chart. With the promotion given to Jakob Forsbacka Karlsson, Backes now finds himself on the fourth line right wing. This definitely is not ideal for the veteran, as his chances to provide offense are significantly lower playing on this defense-first line. JFK has also noticeably given the third-line better speed up the middle, so Backes is in a pretty rough spot if it translates to more offensive production from that line.

Another significant reason behind his drop in production is the loss of Riley Nash. There is absolutely no question that the two worked exceptionally well together. However, with Nash signing with the Columbus Blue Jackets and Danton Heinen occasionally being promoted to the second-line, Backes has been given an array of different linemates all season. In fact, he has been forced to be back at center, a position that he just does fit well in anymore.

Playing on the fourth line is just not the best situation for him to be in. Now, with his struggling play, it is justifiable that he is there. Yet, as soon as he finds his game again, he should be given more chances. In fact, with the looming questions in the top-six, perhaps the team should give him a go on the second-line if the lack of scoring continues. Although his speed has clearly gotten slower over the years, David Krejci has had a lot of success playing with power forwards.

It is fair to state that everyone in the lineup is rooting for the veteran to improve. Although it may seem unlikely to some, it is possible for him to find his game again. Twelve games without a point is very concerning, but that does not mean that he can never turn it into a hot streak. However, for him to see results, he does need to be given more opportunities to shine.  Now is not the time to close the door on Backes completely. He has had a fantastic career up to this point and could easily become a factor in the lineup again under the right circumstances.