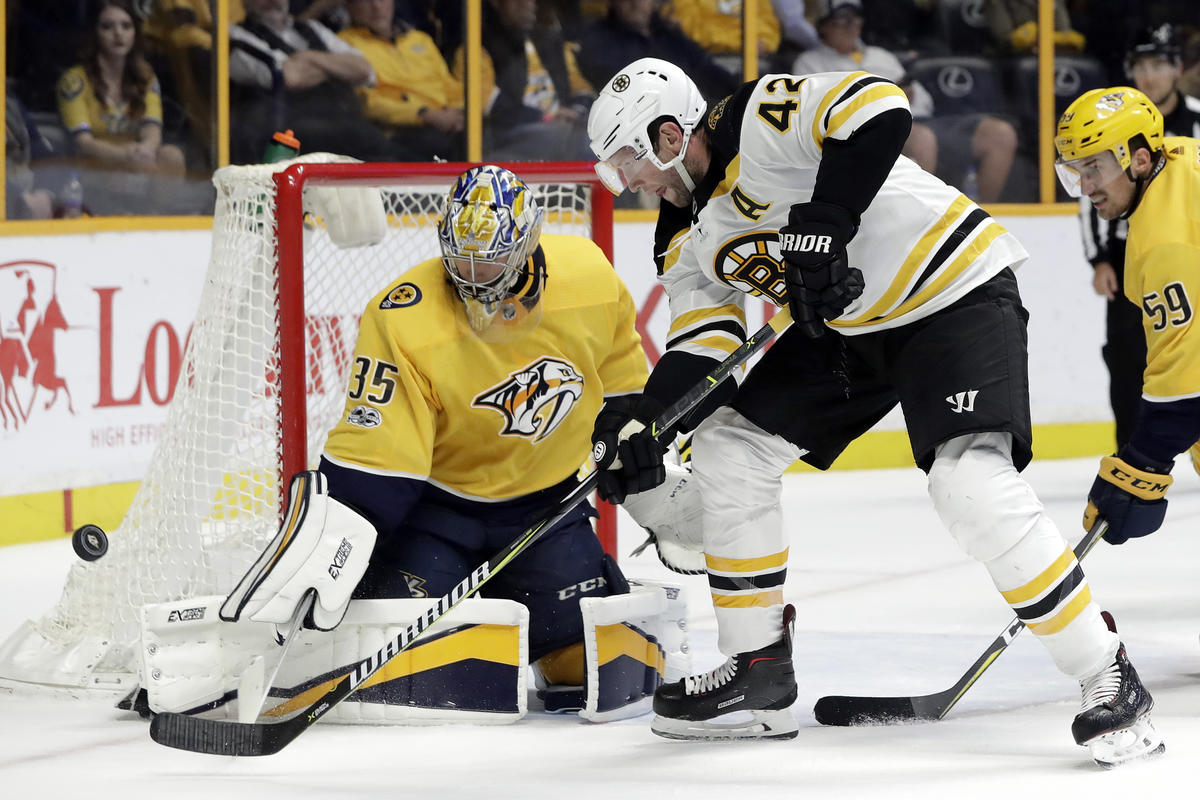 The Boston Bruins will travel to Tennessee on Saturday to take on a tough customer in the Nashville Predators. The Predators are currently the NHL with a 10-3-0 record good enough for 20 points.

The Bruins, on the other hand, are part of a three-way tie for second place in the Atlantic Division with the Toronto Maple Leafs and the Montreal Canadiens. The B’s sport a 7-3-2 record which makes for a successful month of October – especially considering the injury bug they have been handed.

Boston’s first line was firing on all cylinders once again in their game against the Carolina Hurricanes on Tuesday. David Pastrnak registered a goal while Brad Marchand tallied two. Meanwhile, Patrice Bergeron assisted all three of those goals. There’s no question that the Marchand-Bergeron-Pastrnak line is one of the best – if not the best – in the business right now.

Jaroslav Halak has been stellar to start the 2018-19 season and will be getting the call for the second game in a row on Saturday. He is 4-0-2 as of now with a whopping .947 SV% and 1.51 GAA. Even with a struggling bottom-nine, Halak has been able to rob goals and thus games from his opponents. The Bruins will need him to continue standing on his head if they hope to skate by the Predators on Saturday.

The Predators have forwards almost as lethal as Boston’s top line. Ryan Johansen leads the team in assists with 13 while his linemate, Filip Forsberg, has tallied a team-leading 10 goals to start the season. Viktor Arvidsson follows closely behind with eight goals himself.

But the Predators have a number of lines that have been contributing their fair share thus far. Second-line center Kyle Turris, for example, has three goals and eight assists. Even the notorious Zac Rinaldo has tallied a goal. But it’s not just Nashville’s offense that is off to a hot start, it’s their defense as well.

Out of their top-10 producers thus far, the Predators’ top-two defensive pairs make up four of those spots. P.K. Subban leads the defense with two goals and eight assists, but he is closely followed by his fellow defensemen. The good doesn’t end with their production – they have been able to play shutdown defense thus far and are a huge reason why Nashville is ranked third in the league in goals against this season.

Boston’s depth has still failed to show much life. In fact, with David Backes ready to return on Saturday, the Bruins sent Ryan Donato down to the Providence Bruins of the AHL. Other youngsters such as Anders Bjork, Danton Heinen, and Jake DeBrusk haven’t met expectations. The former has just a goal and an assist thus far while the latter two players have tallied only three points apiece.

🎥 @dbackes42 speaks with the media to discuss his return to the lineup tonight in Nashville: pic.twitter.com/VPgxEEhZ9w

The Bruins will also need more out of their veterans who have also failed to do much. With Backes returning, perhaps he can spark some life in the B’s. However, the 34-year-old failed to register a single point in his seven appearances prior to suffering the injury that has sidelined him for the past five games. Boston will need their depth to get going if they hope to defeat a very deep Nashville team.

The Predators will be everything but an easy opponent. The Bruins will need their first line to lead the charge which will be tough – they are pinned against arguably the best defense in the NHL at this juncture. Boston will also need Halak to have another stellar game if the Bruins want to survive the offensive onslaught they’re sure to endure. 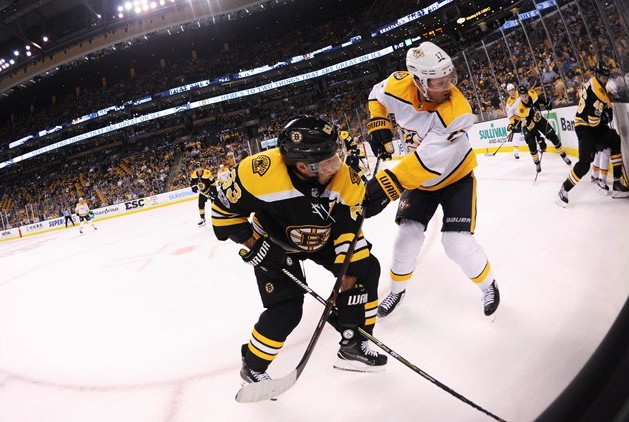 Pekka Rinne has returned to action. While Nashville’s starter is unclear at the time of publishing, many expect him to get the start – it is his birthday, after all. In order to win, the Predators need to quite simply keep doing what they’ve been doing. The Bruins have been a very hot-and-cold team to start the 2018-19 season, and they’ll need to find their A-game if they want to claim victory over the best team in the NHL.