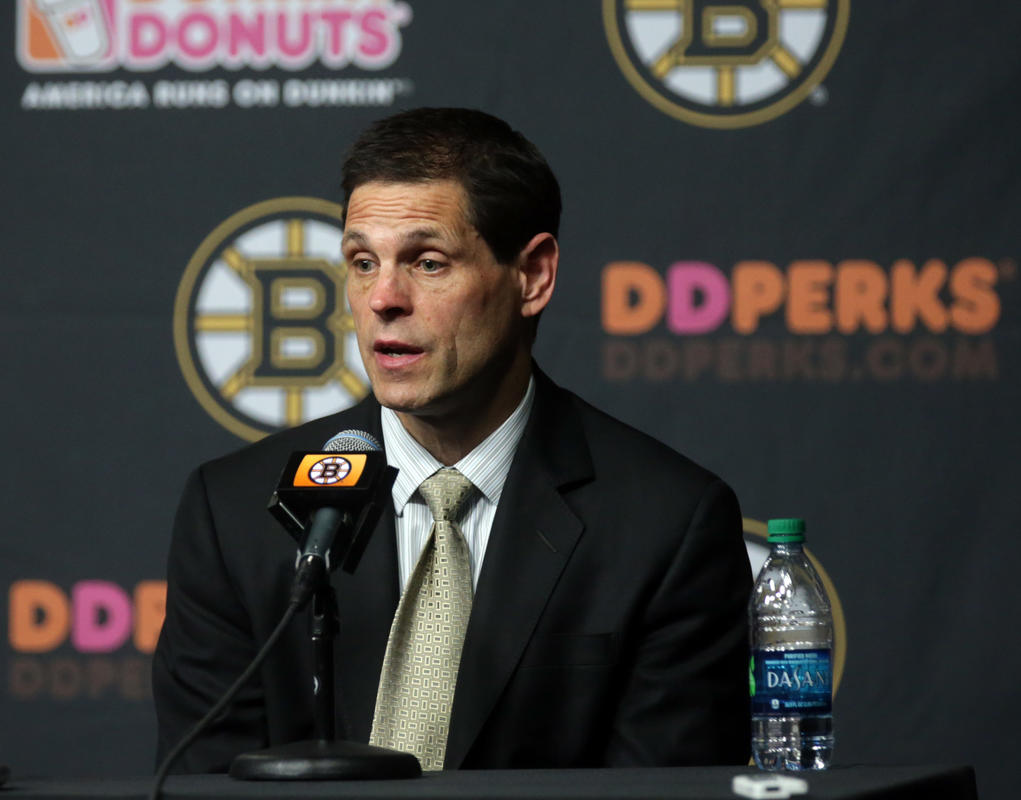 The Boston Bruins are sitting at 10-5-2 and are tied for 4th in the NHL in points and are on pace for a 106 point season. Even though the Bs are well on their way to a successful season, there has been early talk about trade and according to Darren Dreger, “the Bruins might shake things up a bit. Now that could mean absolutely anything, so I’m going to go through some potential trades.

The Bruins main target at the deadline will be some sort of a top 9 forward. I don’t believe the Bs will go after a defenseman as they’ve shown to have incredible amounts of depth on the back end early in the season. With regulars Kevin Miller, Torey Krug, Charlie Mcavoy and even Matt Grzelcyk missings time this season, Stephen Kampfer, Urho Vaakanainen and Jeremy Lauzon have all been pleasant surprises when they have stepped in for the main guys, showing that the Bruins realistically have 10 defensemen that have proven that they can play in the bigs. Outside of the first line and some flashes from David Krejci, their offense has been dry. Now before I would make any trade, I would try breaking up the first line and try out some new line combos but that’s a story for a different day, in this article I list a few players for the Bruins to target at the deadline. 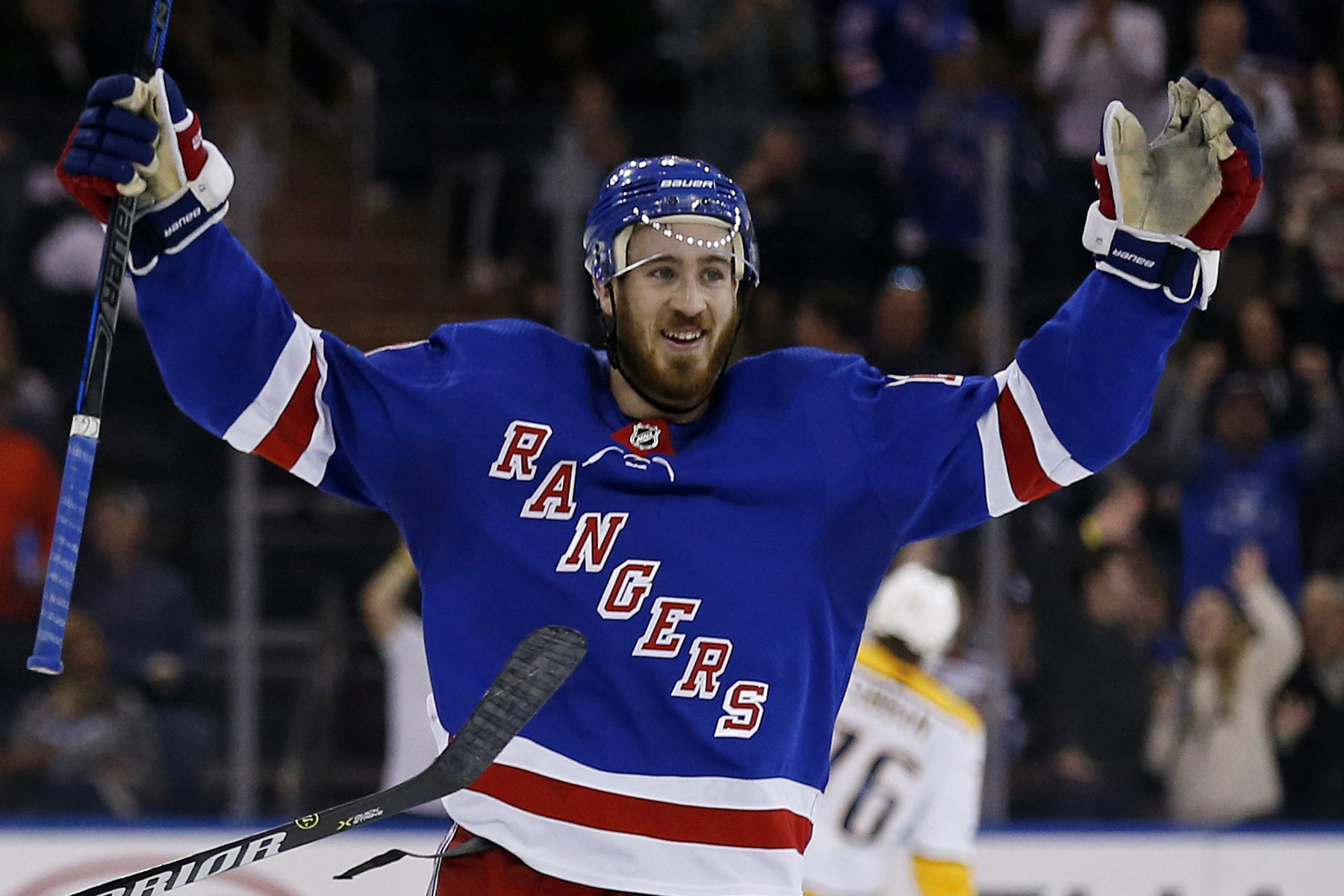 Now calm down, I know we’re all a bit scared from the name Hayes in the past. Jimmy Hayes (Kevin’s older brother) was acquired by the Bruins in 2015 for Reilly Smith (oh boy what a good fit Smith would be in the top 6) and long story short, he was a failed experiment. Kevin is a much better player than his older brother. Playing for the New York Rangers, Hayes had averaged about 18 goals and 44 points a season with a career-high of 25 goals last season. He can play center or wing and can slot into the middle 6 quite nicely as a big body wing for Krejci or as a 3rd line center that the Bruins have been searching for this entire season. The price for Hayes would be something around a second round pick, similar to what the Rangers received for Michael Grabner and a step up from what the Edmonton Oilers received for Patrick Maroon who was traded for a 3rd round pick last season. Both players had similar stats to Hayes. 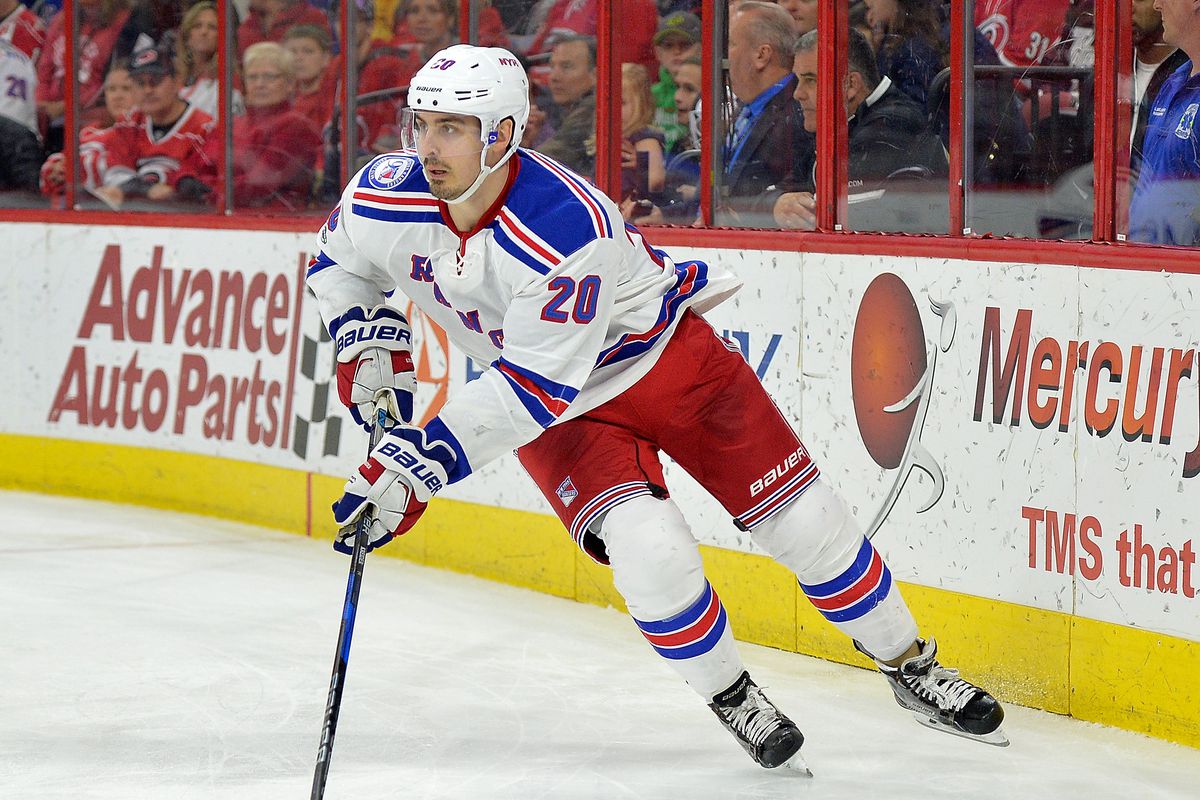 Another Ranger UFA to be. A local kid from Massachusetts who’s style of play fits how the big bad Bruins want to play. He’s a better player than Hayes and would be a really good fit on the 2nd line with Krejci. He’s more of a goal scorer than Hayes, scoring over 20 goals three of the past four seasons and was well on pace to surpass 20 last season before getting injured. The price for Kreider will certainly be at least a 1st round pick, around what the Buffalo Sabres got for a similar player in Evander Kane 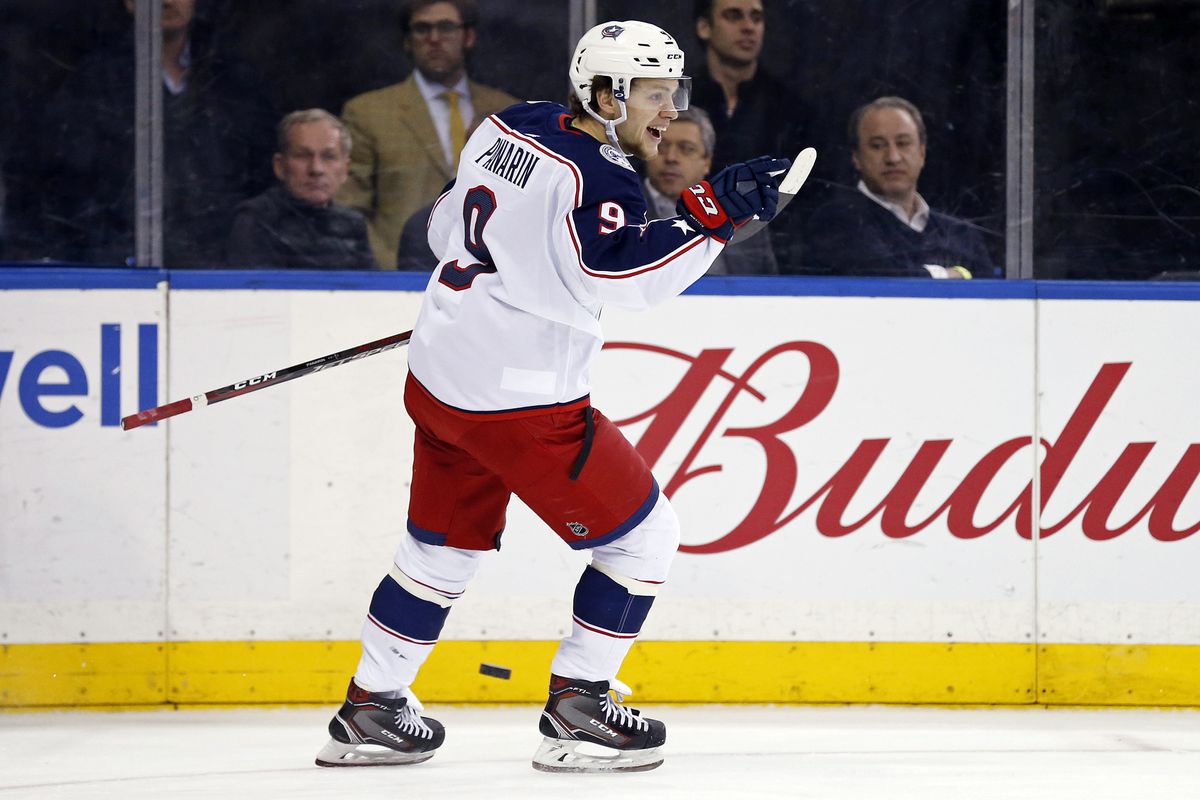 This one is a toughy. Obviously, Panarin is one of the top wingers in the entire NHL, averaging just under a point per game and a UFA to be. The Bruins inquired on the young Russian in the summer, and apparently, the price was Charlie Mcavoy and Jake Debrusk for a sign and trade. If I’m the Bruins, I can’t give up Mcavoy in any deal, he’s already a game changer at 20 years old and will only get better as he ages. Obviously, at this point in the season till the deadline, Panarin’s price would go down a bit, but I would assume it would still be something like Debrusk, Carlo/ Vaakanainen, and a pick, probably a 1st rounder. It’s an incredible price to pay for an incredible player, I’m just not sure the Bs would be willing to give up all of that for one winger. 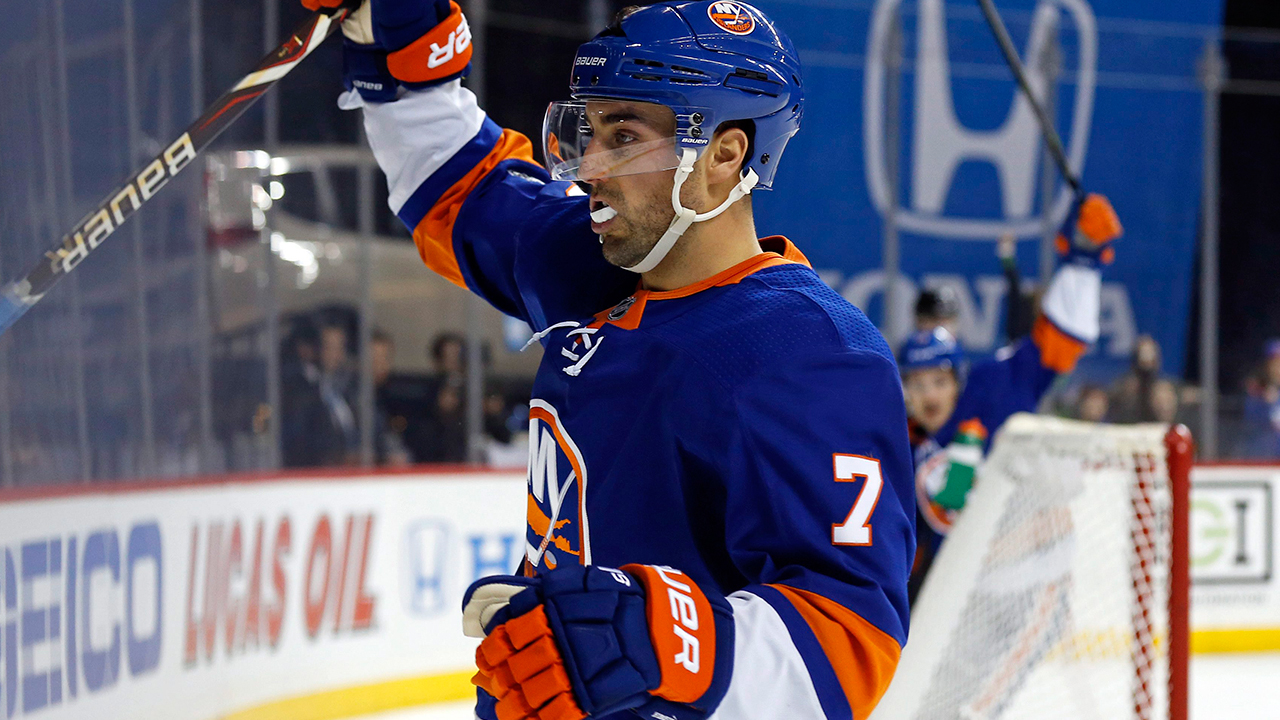 Someone we’ve seen in Bruins rumors for a few years now, dating back to his days in Edmonton. When the Oilers were testing the market for Eberle in 2014, apparently they were looking for Chris Kelly, Matt Bartkowski, Malcolm Subban (or another young prospect), and draft picks from the Bruins. This obviously seems like a slam dunk now, but it’s a different time. A couple years after that, Boston offered them Ryan Spooner, Joe Morrow and a 1st and it was rejected (which surprises me considering they traded Eberle to the Islanders for Ryan Strome) Eberle is a consistent 20+ goal scorer and 55 point guy who would help even out the top 6. The Islanders have been a good story to start the year and are playing very well, but they weren’t supposed to be a good team, if they slide, expect the pending UFA Eberle to be shipped out for a 1st +. 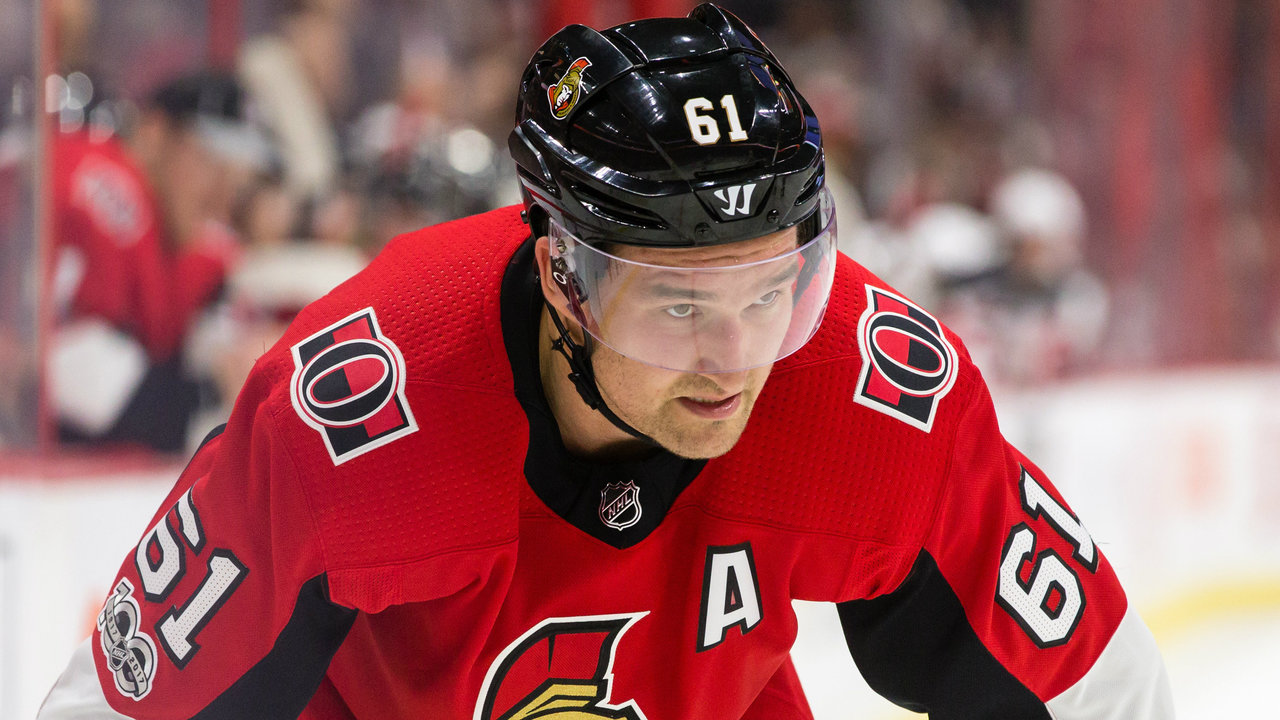 The Ottawa Senators are a team that started off really hot but have tailed off as of late. Both Matt Duchene and Stone are UFAs at the end of the season. Stone would fit perfectly with the Bruins, he an incredible defender, a big bodied wing who is a shoo-in for a 60 point year, he actually averaged above a point per game last year in 58 games. In my opinion, Stone would be the perfect guy for the Bruins to go after, a sign and trade is an option, I’m assuming they would want Debrusk if there were a contract added, without it, the price would likely be a 1st and a prospect. 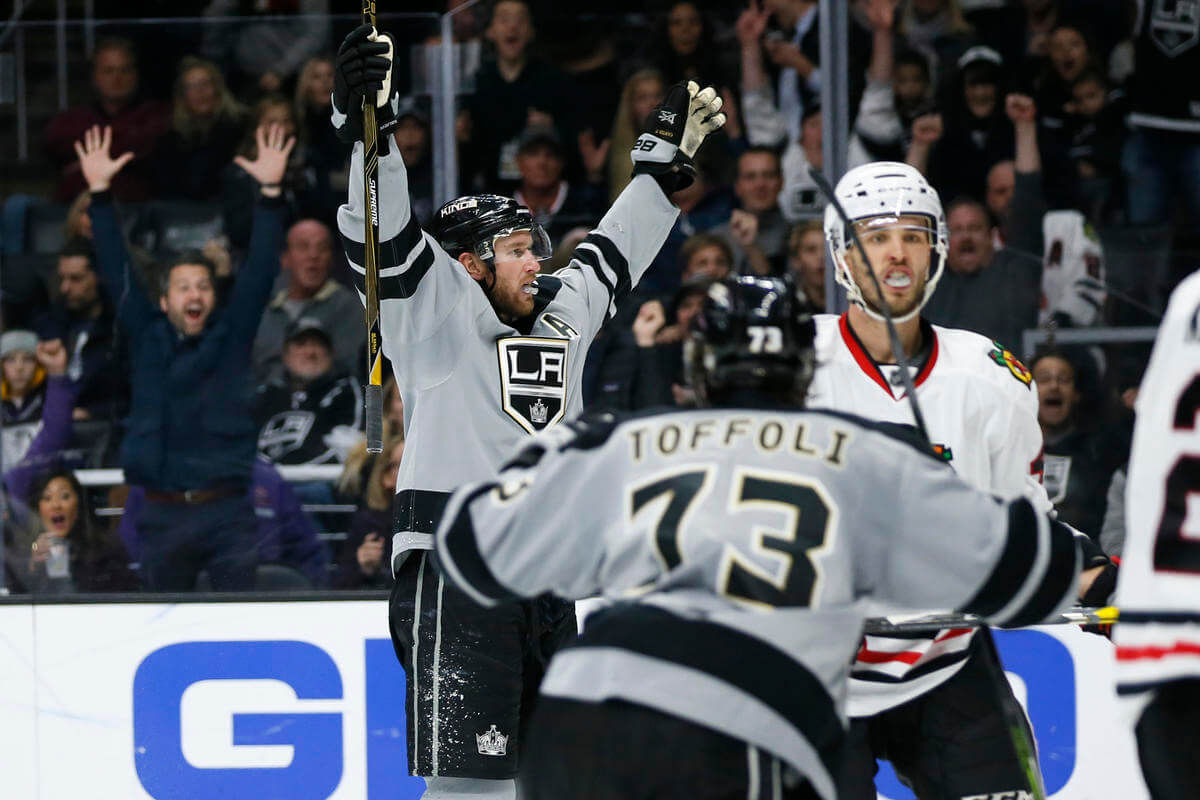 This one has sprung up pretty recently. With the Kings struggling heavily and Bruins looking for some veteran forward help, the concept certainly fits. Outside of an injury-plagued season last year (he still totaled 22 points in 27 games) he had three straight 24+ goal and 60+ point seasons. On top of that, in the Kings deep playoff runs he has proven that he has a lot of playoff success. What isn’t a fit is the contract and the age. Carter is 33 and makes $5.272 million a year for another three years; with players like Mcavoy, Carlo, Heinen and other young players looking for raises in the next couple of years, the cap wouldn’t really work. If a trade were to happen, the cap would have to be eaten by the Kings and a player like David Backes may have to go the other way. Maybe Danton Heinen and a pick go the other way. I love the player, but considering the contract and age, I doubt we’ll ever see Carter in the spoked B.