Moore Signing Has Been A Big Help For Bruins 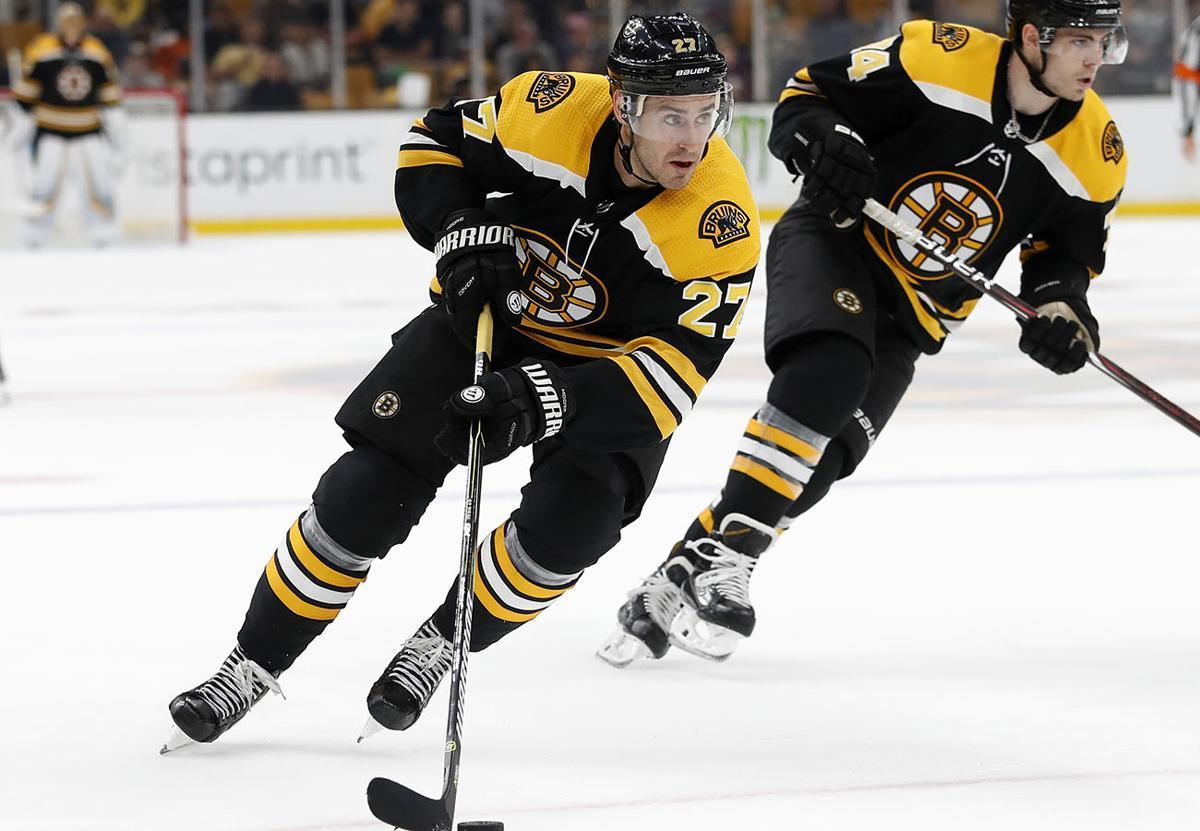 In recent history, the Bruins have been very hit or miss in free agency meaning they’ve had great success with some free agents such as Jaroslav Halak, Zdeno Chara, Marc Savard, etc. But on the other hand, they’ve had some free agents that didn’t pan out. Names like Matt Beleskey, Jimmy Hayes and Alexei Zhamnov were great disappointments for the Bruins in the last 15 years or so. The point is free agency is essentially a crapshoot in some respects as you don’t always know what you’re gonna get. There are always situations of teams overspending and players greatly underperforming, but John Moore is not one of those players.

John Moore continues to be a fantastic player for the Bruins. He’s sticking with his assignments while winning battles and moving the puck. His transitions and breakouts are both fluent and clean. At $2.75m per-year, he’s one of the best bargains out there. #NHLBruins

The 27-year-old signed a five-year contract with the Bruins on the first day of free agency back in July. It definitely wasn’t a move many people would have predicted considering some of the young defensemen that have excelled in Boston recently. Players like Brandon Carlo, Charlie McAvoy, and Matt Grzelcyk have all found success in Boston in the last two years or so and it seemed strange to some people to throw another defenseman into the fold. In some respects though, the move was smart in part because injuries suffered at key times over the last few seasons have left the Bruins shorthanded. Carlo was a perfect example of a player who has suffered injuries at the worst time. A concussion late in the 2016-17 season kept Carlo out of the playoffs and a knee injury towards the end of last season kept him out of the playoffs yet again.

Injuries happen, that’s a given. Guys can go down at any point and defensemen are constantly in the line of fire and you can truly never have too many healthy defensemen. The early part to this season has been a challenge with injuries to Torey Krug, McAvoy, Kevan Miller, and now Zdeno Chara after last night’s game in Denver. John Moore is not the most spectacular defenseman in the league and he’s never been a top pair guy and most likely won’t be at any point. What he gives the Bruins is depth and solid play which is important at times like these when young players are being asked to do more than usual such as Grzelcyk and Jeremy Lauzon.

Bruins make moves official. Rask back, JFK and Lauzon stay with Boston. Vladar sent down, while Zboril called up on emergency basis. https://t.co/LG5j9Mcu9X

Moore has been in the league for seven years and has always been known as a guy who doesn’t do anything remarkable but does the little things right. He’s played in every game for the black and gold this season and has been a consistent plus player. Being 27, Moore is a seasoned player who’s been to the playoffs a few times and understands the game very well. Having a player like this to help out the young players is important especially with all the young talent this team has. Moore has only had two assists this season but rarely looks out of place and often is in the right place at the right time defensively to take away scoring chances.

All starts with a nice interception by John Moore on what would have been a sure VGK goal.

Often in free agency, it’s very easy to overpay as teams essentially try to outbid each other for certain players. It didn’t seem like the Bruins spent too much for Moore who will make $2.75 million over five years. The money on his contract makes it very affordable but also easily movable in case the Bruins potentially don’t have a need for him down the road. People seemed to be confused on the term but in a way, it makes sense to me. Five years is a long time but considering the Bruins will eventually have to figure out life without Chara, it makes sense to have another solid defenseman in Moore on the roster. Players like John Moore don’t grow on trees, guys who can bring to the table decent size, good puck-moving ability, great skating and ability to play big minutes when called upon.

John Moore is silently having a decent start to his career as a Bruin. #NHLBRUINS

While some folks might still question this free agent signing, I believe Don Sweeney and the Bruins front office may have found one of the best bargain free agents in the entire league. If it wasn’t for Jaroslav Halak playing as well as he is Moore might be the Bruins best free agent signing. With the slew of injuries to Bruins defensemen, we’ll get to see the true value of Moore and why the team decided to bring him in.