The Week Ahead: Bruins Face Old Friends (And Foes) 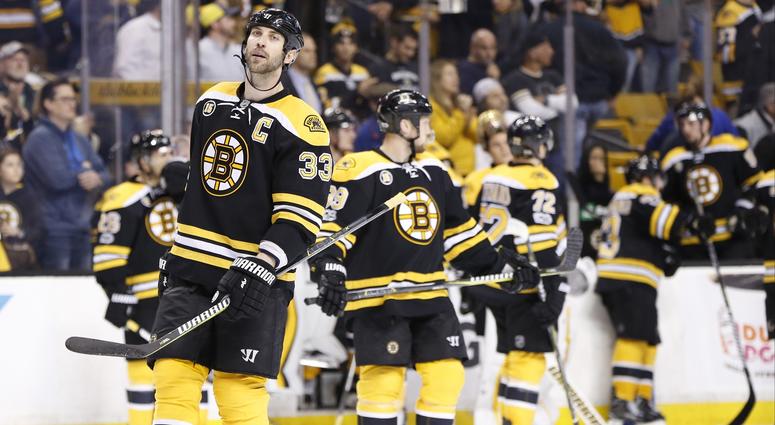 After last week’s win over Carolina and frustrating loss to Nashville, the 7-4-2 Bruins are in a three-way tie for third in the Atlantic Division with 16 points, along with Montreal and Buffalo. The Black and Gold beat the Hurricanes 3-2 without much trouble, but could not muster up any kind of offense against Pekka Rinne and company in Nashville, losing 1-0. Jaroslav Halak kept them in the game with another lights-out performance, but the lack of depth scoring continues to dog the Bruins. This team has everyone wondering exactly what to expect night in and night out.

Halak has started the last two games for the Bruins. Torey Krug and David Backes returned from injured reserve this week, but the Bruins are still without Kevan Miller, Matt Grzelcyk, and Charlie McAvoy for the time being, with no return dates in sight. It should be a fun home stretch.

Now, for the upcoming week…

This is the game nobody wants to talk about, and for a good reason. Just over five years ago, Peter Chiarelli made what will go down in history as one of the worst trades the Bruins ever made. Jim Nill and the Dallas Stars have the Bruins to thank for the nicely matured goal-scoring center that is Tyler Seguin, and the Bruins have… well, they have nothing, and the fan base may never get over it (to be fair, the author of this post is still mad about trading Joe Juneau for Al Iafrate).

The Bruins having the exact problems they have have been easy to see coming for years. Can't keep trading away guys like Hamilton and Seguin and get nothing back and stay good.

Let’s move on to the issue at hand – tonight’s game.

The Dallas Stars are fifth in the Central Division with 16 points and record of 8-5-0 and are coming off a 4-3 overtime win against the defending Stanley Cup Champion Capitals in Washington. The Stars have won their last six games, and have played against some decent teams in that stretch: Los Angeles, Anaheim, Detroit, Montreal, Toronto, and Washington.

Tyler Seguin, of course, is the Stars’ leading scorer, with 3 goals and 11 assists for 14 points, and defenseman John Klingberg is second, with 5-7-12 totals. Look for Jamie Benn and Alexander Radulov to be difference makers in this one, too. The Stars’ power play is 12th in the league, converting at 23.7%, and they are killing 85% of their penalties, good for sixth in the league. The Bruins haven’t had great success against the Stars since sending Seguin packing so anything can happen in this game.

The last time the Bruins played the Canucks, they posted a 2-1 overtime loss in Vancouver, thanks to a Bo Horvat OT winner. Vancouver is currently second in the Pacific Division with a record of 9-6-0, good for 18 points., and they’ve won their last three games.

As for special teams, the Canucks’ power play is 16th in the NHL, at 20.4%, and their penalty kill is ninth, at 82.%, according to NHL.com. Vancouver is only averaging 26.9 shots per game, but are, on average, allowing over 32. Lanky Swedish center Elias Pettersson is leading the way for the Canucks, with 9-6-15 scoring totals. Brock Boeser and Bo Horvat also pose as threats to the Bruins, and both are tied for second on the Canucks in scoring, with 11 points.

Horvat had a great game tonight. Not only did he score the OT winner, but he also answered the bell against Noel Acciari in the second period after laying out Joakim Nordström with a solid hit. #Canucks need more of this from others in the lineup. pic.twitter.com/hyRrGy6HHM

The winners of the John Tavares Sweepstakes™ will be in town this Saturday to take on the Bruins. The Leafs are 9-5-0, and phenom Auston Matthews is out with a shoulder injury that will likely sideline him for another three weeks. If center John Tavares doesn’t score a billion points while Matthews is out, we can all expect a meltdown of biblical proportions in Toronto and a center controversy.

#TMLtalk We have a guarantee of a Stanley Cup championship from the fan base that 3 days ago was trashing Babcock and Tavares. can you make up your minds already? pic.twitter.com/KOjvQezqBu

I think signing Tavares was a mistake.. #TMLTalk

The Leafs are second in the division with 18 points. Mitch Marner and defenseman Morgan Rielly are leading the pack in scoring, with 18 points apiece, while Matthews and Tavares each have notched 16. This team has a ton of firepower, and the Bruins should watch out for the classic Leafs stretch pass. The Bruins will also need to stay out of the box, as Toronto’s power-play is fourth in the league, converting at 30/8%. Their penalty kill is almost as impressive at 82.5%, or eighth in the league. This should be a fun night if the Bruins’ defense can stand up to the offensive onslaught that is the Toronto Maple Leafs.