Former Bruins Player Bronco Horvath Passes At The Age Of 89 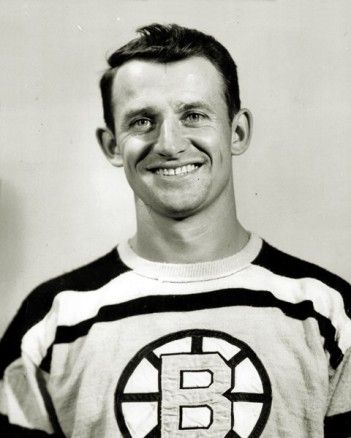 By: Mark Allred  |  Follow Me On Twitter @BlackAndGold277
The Bruins organization lost a member of its family today with the announcement of the passing of 89-year-old Bronco Horvath from the official Boston Bruins Alumni Twitter Account. Horvath a longtime journeyman of the North American professional ranks spent 664 games posting 263-484-747 numbers in the American Hockey League and 434 games in the higher National Hockey League contributing 141-185-326 totals. Bronco played for six franchises in his NHL career.

We are sad to report the passing of Bronco Horvath, perhaps best remembered for playing on the Bruins’ famous “Uke Line” with fellow Ukrainian-Canadians Johnny Bucyk and Vic Stasiuk. A 2-time All Star, Horvath tied with Bobby Hull for the 1959-60 NHL goal-scoring lead, with 39. pic.twitter.com/mfLhnrhU0J

https://platform.twitter.com/widgets.js
Born in Port Colbourne, Ontario Canada, Horvath spent four seasons with the Boston organization from 1957-58 to the 1960-60 campaign. In that short timeframe, he would appear in 227 games posting 103-112-215 numbers with his best season coming in the 1959-60 season where he went 39-41-80 in 68 games played tying Chicago Blackhawks great Bobby Hull for the NHL goal-scoring lead.

Per Wikipedia, Bronco spent the majority of his time playing in Boston alongside NHL Hall of Famer Johnny Bucyk on the “Uke Line” accompanied by the third member of the fierce trio Vic Stasiuk. In 2015 Horvath was inducted into the AHL Hall of Fame and joined fellow Bruins legendary defenseman, Eddie Shore (2006 Inductee) and former B’s Head Coach Don Cherry (2019 Inductee) as honorary members.