Analyzing The State Of The Bruins Roster 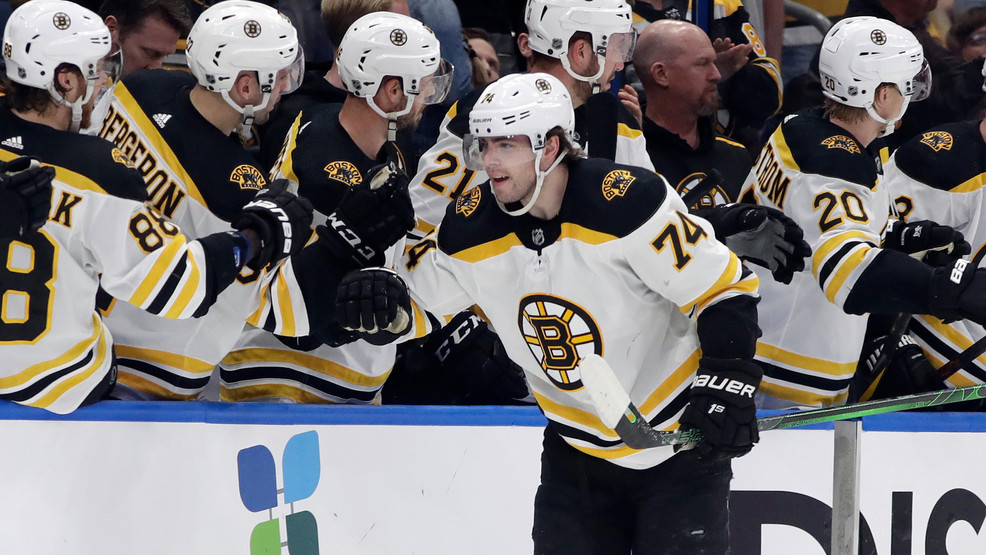 With unrestricted free-agent options waning, it appears that the Bruins roster may not see much more change before the 2020-2021 season. While Don Sweeney hasn’t ruled out additional depth additions, or trades, I don’t see the roster changing much more before next season. A few things have been racing around in my head lately when it comes to the roster for next season.

How to put together the middle-six forward group

This is a huge one. With the addition of Craig Smith in free agency, there are numerous line combinations we could see on the second and third lines. I have a bit of an off the board idea.

Unfortunately, this omits Jack Studnicka, but I think this middle-six look makes a lot of sense. I absolutely think Studnicka is NHL-ready, and that adding some weight to his frame would help him a lot, but AHL time wouldn’t be the worst thing for him. He doesn’t have a whole lot left to prove in the AHL, but top-line AHL minutes would be more beneficial for him than fourth-line NHL minutes given the nine names that I think the top-nine forward group.

Jack Studnicka is so good that he scored off his face!

We’ll more likely see DeBrusk on Krejci’s wing again, but I think giving Anders Bjork top-six minutes could really help unlock his scoring potential. David Krejci is a proven commodity and Smith is an effective three-zone winger who is known for his high shot volume and 5-on-5 prowess. Bjork is a great fit next to Charlie Coyle when it comes to metrics and dominating puck possession, but he hasn’t been able to score very consistently.

DeBrusk and Coyle have done fine together in the past, which makes this idea very intriguing. Kase could fit well with them thanks to his relentless puck pursuit, skating ability, and hands. Giving Coyle and Kase a potential 30-goal scorer in DeBrusk to work with would really be something. When it comes to Kase, finishing his scoring chances was a problem for him, so maybe this could be good for him. If it doesn’t work, flip DeBrusk and Bjork and/or Smith and Kase. I anticipate that we’ll see a lot of different looks in this area of the lineup.

Figuring out the depth

The addition of Greg McKegg makes the forward depth situation a bit more interesting. Trent Frederic is NHL ready, McKegg joins the mix, plus Kuhlman, Par Lindholm, and Nick Ritchie will be vying for fourth-line ice time with Joakim Nordstrom off to Calgary on a one-year deal.

I think Frederic should be Nordstrom’s replacement. He took big steps in his development in Providence last season and earned it. Frederic alongside Sean Kuraly and Chris Wagner could be fourth-line gold. My gut says the extra forward will be Kuhlman. He can rotate in and out of the lineup and bring that speed to his game when called upon.

First NHL game, first NHL scrap for Trent Frederic, and his parents in the stands love it 👊👏 pic.twitter.com/IJJ4W03dWt

On defense, John Moore and Kevan Miller will most likely be the extra defenseman, meaning only one forward can be on the roster. McKegg, Lindholm, and Ritchie can serve well in the AHL.

While Chara still mulls over the next big decision in his NHL career, I really don’t see him signing anywhere else. He has bought into this team too much for me to fathom it happening. I imagine he is just doing his due diligence in unrestricted free agency and taking his time, as his agent Matt Keator has said.

Chara back on Sept. 3: "I’m committed to the Bruins. I’m committed to Boston fans and the city of Boston. I think I’ve expressed that a number of times. I’m excited about the future of this team and like I said, we are going to do whatever we can to win another Stanley Cup."

Asked agent Matt Keator about his client Zdeno Chara. Keator says numerous teams have reached out today on the future HHOFer. Keator says Chara will take his time. In no hurry to make any decision. Will decide in due time.

I think a minute reduction would be beneficial for Chara and the Bruins. I have a lot of confidence in Matt Grzelcyk being able to handle a bigger role and Chara could still be effective even with less ice time. However, I don’t think Chara’s penalty kill ice time should be altered in this scenario, just his even-strength ice time. Additionally, there is legitimate evidence supporting how good Grzelcyk and McAvoy are together. It’s time to move into the future.

In the 505 min of even-strength TOI that a Grzelcyk-McAvoy pair has been on the ice together, Boston leads in:

Here is what perhaps not exactly what, but rather what I think the opening night lineup should look like.

While other Eastern Conference teams have made more noise in the offseason, this Bruins team will still be good. The loss of Torey Krug has the potential to be a big one though, so it will take a big-time group effort to stay relevant in the East.