A Rational Look at Injuries and the Remaining Boston Bruins Schedule 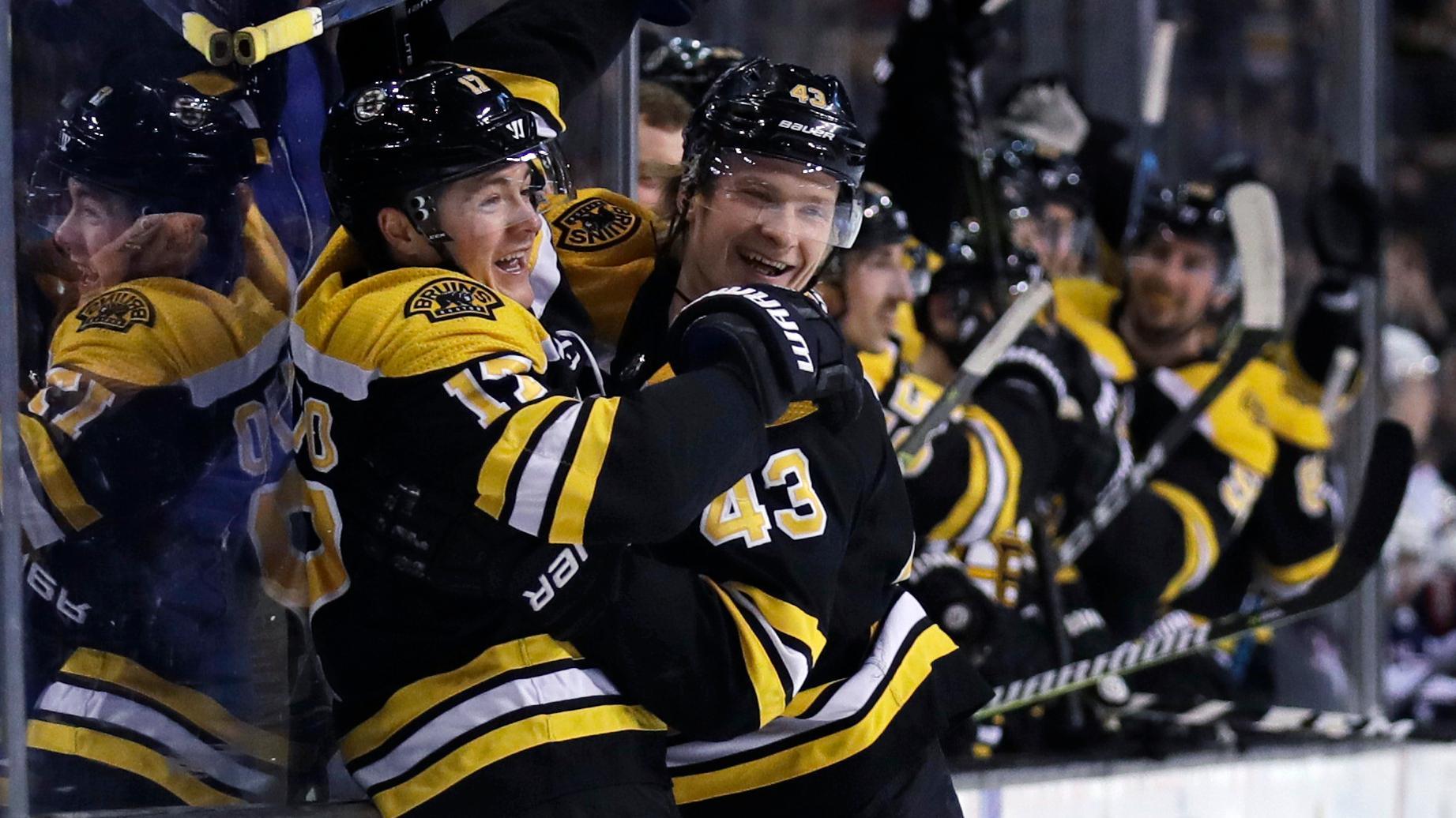 We were all warned. Hell, I even warned you that the upcoming schedule was daunting a few weeks ago: https://blackngoldhockey.com//2018/03/07/predicting-the-rest-of-the-season-bruins-final-record/

My prediction in that previous article was the Bruins would end with 111 points. With 11 games remaining an sitting 12 points shy of my prediction at 99 points.. Boston needs to play .500 hockey to hit that mark. Looking at the remaining opponents, travel, and relentlessness of the ‘every other day’ nature of the calendar — I still believe that’s precisely what we will get.

The schedule lines up that they play every other day with exception to next weekend where they play back-to-back; Saturday @ Florida at 1:00 pm followed by an immediate northbound flight to take on Philadelphia for another early game with puck drop happening at 12:30 pm. After that comes the first of two key games against Tampa Bay — this one at home, the later date scheduled to be played in Tampa. Now before we even get to that, the Bruins have a troublesome road trip that they are currently in the midst of starting tonight in St. Louis. On tap after that is Dallas, Minnesota, and Winnipeg. Each team is playoff bound or at the very least in the hunt right now and will be putting forth playoff caliber efforts against a banged-up B’s lineup. I fully believe that despite the thin roster on this road trip, Boston has the ability to take 4 out of 8 points from these quality opponents. I expect Boston to split the two remaining games against Florida, because well, it’s the Panthers and we all saw the game last week. The back-to-back day games are very hard on the traveling team.. and I wouldn’t be surprised if they drop the Philadelphia game. While we know how unbearable ‘hockey-twitter’ can be after a B’s loss, we must take everything into account and not jump off the Zakim Bridge if Boston struggles against a very good team like Winnipeg.

That said, let’s take a rational look at what to expect with the injuries to this Bruins roster as we near the Stanley Cup Playoffs:

Although there were reports that we may expect to see Patrice Bergeron return from injury on this current road trip that ends next Tuesday, a more reasonable expectation — or really, a hope would be he rejoins the line-up at home on Thursday March 29th when the Bruins host Tampa Bay. Boston themselves shared footage of Bergeron getting ice time in and running drills on his own just a few days ago. Regardless, a foot fracture is a substantial injury to any player, especially one like Bergeron who is arguably the best two-way forward in the sport.

No updates regarding Jake DeBrusk, or at least nothing of substance. The ‘upper-body’ designation does very little in the way of telling us anything about a) the injury b) his timeline. If this is a concussion he could be out the rest of the regular season as we’re winding down to single-digit games by the end of the weekend. Unfortunate timing for Jake as he was on a tear before his injury with 9 points in his last 8 games. The Bruins would certainly benefit if that switch can be flipped again entering the playoffs.

My goodness did David Backes have a rough couple of days last week. It seemed like the hockey gods were against David for a bit there and then to cap it off he suffered a nasty laceration from an errant blade to the thigh that required 18 stitches. While that will take some time to heal naturally and to be tended to incase of any set-back such as infection, Backes may be out of the line-up until the playoffs as well, although I feel as though we will see him for a few tune-up games in the final week of the regular season.

Zdeno Chara and Charlie McAvoy have been sorely missed at times over the last stretch of games. Chara could be back by the end of the week although I would suspect that since Boston is on the cusp of clinching a playoff spot as early as tonight in St. Louis, head coach Bruce Cassidy may hold him out of the line-up an extra game. Remember that just prior to the injury there was debate on whether or not to give the big man a few games off to reset. Meanwhile, Charlie McAvoy has been quietly going about his work to get back on the ice. The severity of his knee injury wasn’t made entirely known, but all indications are that he will be ready to go come playoff time. Similarly to Backes, McAvoy may get on the ice in the final few regular season contests to ‘test the waters’, if you will. Seeing the defensive first line out there again would no doubt be a sigh of relief for Bruins fans. 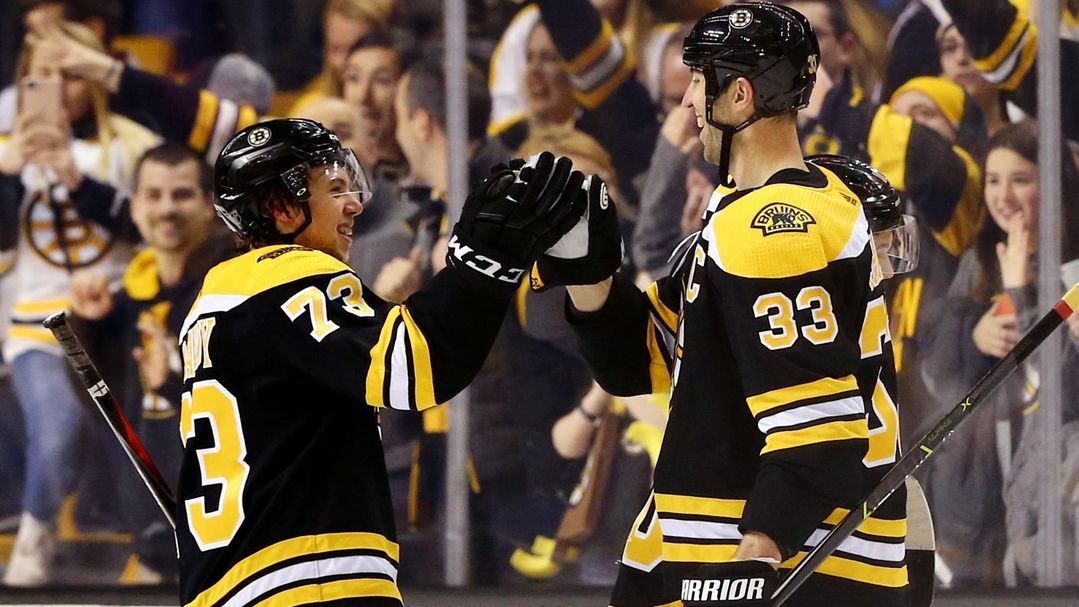 Lastly and perhaps least concerning would be the injuries to Rick Nash and Adam McQuaid who are both considered day-to-day. Bruce Cassidy also hasn’t been shy about handing out ‘maintenance days’ which may be a contributing factor to the way he’s handling both individuals. He is fully aware that in two weeks it will be all hands on deck as his Boston Bruins look to start what we all hope will be a deep playoff push.