Bruins Week That Was: B’s Pass A Huge Road Test Despite Numerous Trials 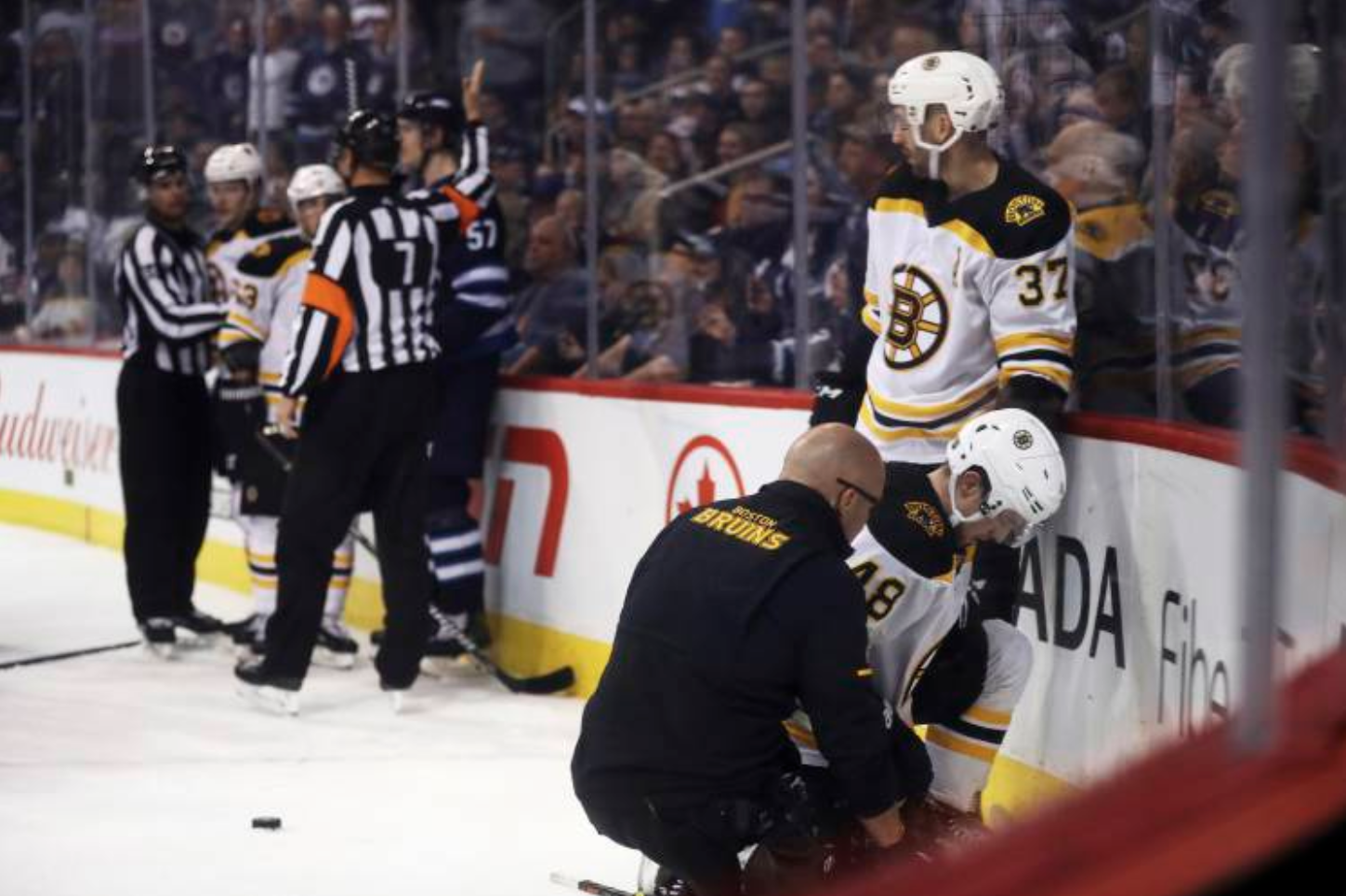 In my ongoing series of columns surrounding the remaining Bruins regular season and expectations, today I’m going to dive into their most recent stretch of road games. As stated in the previous installment, this past week was a sizable test for the banged-up B’s as they traveled to St. Louis, Dallas, Minnesota, and Winnipeg. All of whom have playoff aspirations and  as such, quite a lot to be playing for.

“On tap after that is Dallas, Minnesota, and Winnipeg. Each team is playoff bound or at the very least in the hunt right now and will be putting forth playoff caliber efforts against a banged-up B’s lineup. I fully believe that despite the thin roster on this road trip, Boston has the ability to take 4 out of 8 points from these quality opponents.”

Lets take a look and see how the Bruins did, comparatively.

Friday March 23 @ DAL
3-2 Win, 2pts.
After allowing the first two goals of the contest the Bruins fired back with tally’s from Brad Marchand (32), Tim Schaller (11), and David Pastrnak (29). Marchand also had assists on both goals.

Sunday March 25 @ MIN
2-1 OT Win, 2pts.
Goals for David Pastrnak (30) and Brad Marchand (33). Other than Marchand scoring his 5th OT winner of the season the story was the return of Patrice Bergeron who got credited with two assists in the game. Tuukka Rask played brilliantly all night.

A wildly successful road trip as the Bruins took points in every contest despite playing without many key players. The team showed tenacity and had no quit in them. This grueling schedule has had little impact on their on-ice performance although the injuries have continued to pile up. Outside of the fire that we’ve all seen within the Bruins roster, one thing we will all look back on this road trip and remember is the numerous amount of errors in officiating and, in some cases, the subsequent disciplinary lapses on behalf of NHL Player Safety. Without getting into that in the way I probably should — the NHL has undeniably let down the Boston Bruins far too many times as of late. Be it the goal call that dumfounded even the most intelligent and respected NHL analytical minds, or the complete imbalance as far as hits, penalties and especially those that should or could be considered suspension-worthy. The truly unfortunate thing is that it is becoming a big part of the narrative surrounding the team.

The organization (and fans) have to move on quickly and concentrate on what is ahead. The players, however, are without a doubt putting their grievances on their shoulders and playing with more and more edge each night. The old adage being “don’t poke the bear”. Well, consider it poked. With reinforcements on the way in Zdeno Charra, David Backes, Charlie McAvoy, ect.. this team is about to get even more dangerous.

HOW does Backes get a match penalty last week and Morrissey gets an intermission and chill. ANSWER ME @NHLPlayerSafety

As I’m frantically yelling about Player Safety’s general state of ineptitude (sorrynotsorry), it occurs to me just how incredible it is that this Bruins team has stayed focused night in and night out even after dirty plays, and injured players. They embody “eyes in the prize”.

To take 6 of 8 possible points from the quality opponents they just faced this past week, and on the road for that matter, is especially encouraging. Perhaps even more important points lay ahead of them on Thursday. The Atlantic Division’s first place Tampa Bay Lightning come to TD Garden at 7:00 pm et and the Bruins have to be salivating at the thought that a regulation victory will give them first place in the division and only 6 games remaining after Thursday night. The game will also mark the first time since the start of the season that the Bruins will have evened their games played totals to Tampa Bay as the recent schedule for Boston has claimed their games at hand advantage, or disadvantage depending on how you look at it. Boston still has one more contest lined-up against the Lightning and it’s in Tampa, so taking advantage of home-ice tomorrow night is incredibly vital.

To say that it’s crunch-time is borderline redundant. Bruins fans around the world are staring a first-place finish in the face and home-ice for the playoffs would be a huge accomplishment for a team that has far surpassed even the most optimistic expectations set in off-season.

Speaking of which, let’s take another look at the BNG predictions made March 7th;

7 Games left, a possible 14 points. It would appear that they’re going to surpass my expectations. Again. And I couldn’t be more thrilled to tell you I’m wrong.