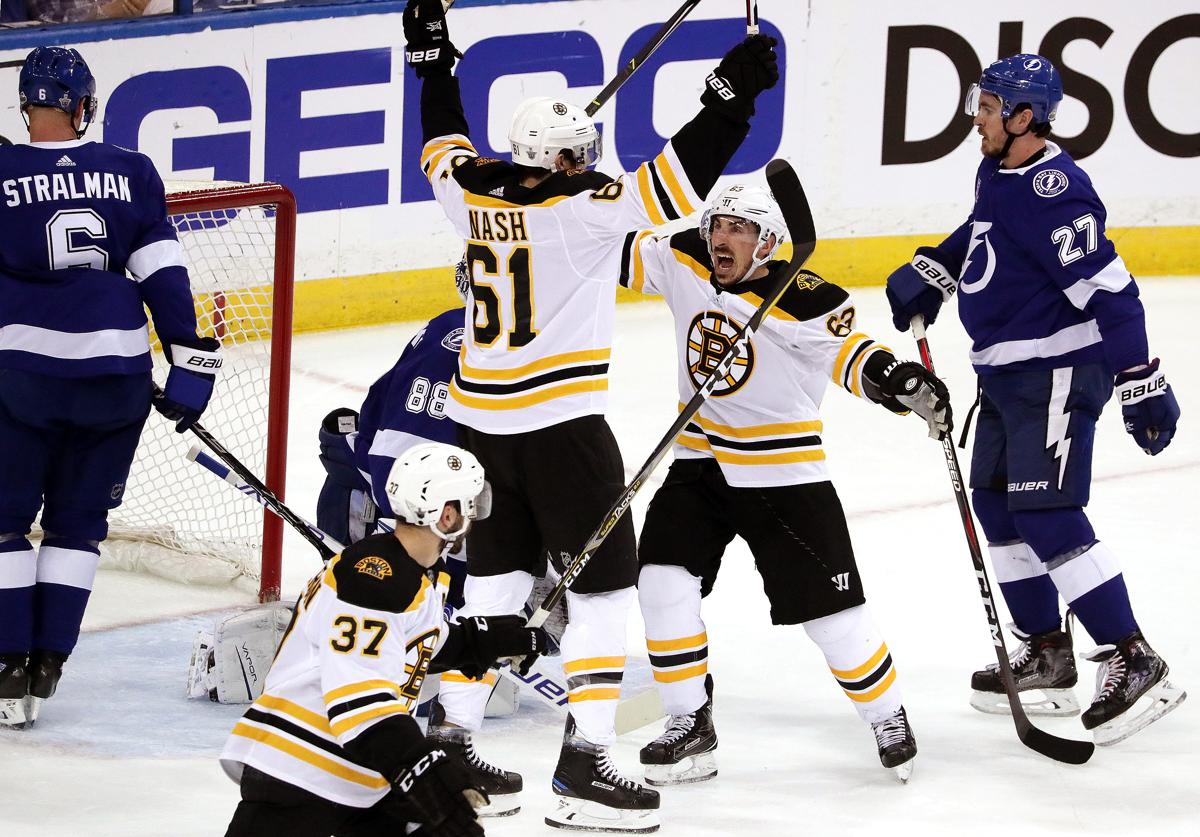 Well after that slap in the face that we will refer to as game 4 the Boston Bruins have now run out of mistakes and find themselves down 3-1 in this series. Do the cardiac kids have another comeback in them or is this the end of a magical season?

Keys To The Game

Four games into this series and more of the same problems arise for Boston. Playing catch-up hockey is never something you want to do in the playoffs and the inability to handle the Lightning two-man forecheck has proven to be a killer for the Bruins. To expect a chance to bring this series back to Boston, they will need to carry the puck out of the defensive zone more often instead of going for an outlet or stretch pass. The Lighting has proven to be very smart in these areas picking off many of Boston passes and turning those turnovers into goals.

There was a better showing from Boston’s bottom 6 last game as forwards Brian Gionta and Ryan Donato were inserted into the lineup for game 4. While there was still no production from them, it is nice to see them generating chances. David Backes needs to step up a 6 million dollar forward on the fourth line unbelievable it is time for him to show up in a big way and not just from a leadership standpoint. Donato had some chances to get on the scoreboard despite limited ice time he should be given another opportunity and remain in the lineup for game 5. The loss of Torey Krug is massive, currently, Krug leads all defensemen in points throughout the Stanley Cup Playoffs and asking Matt Grzelcyk to eat up his minutes could prove to be a death blow for the Bruins. They will need all hands on deck during game 5 or else this season will be over.

Consistency From The Officials

Now before everyone goes up and arms about this being a key to the game let’s not forget that the non-call on Nikita Kucherov in the third period pretty much sealed the deal for the Bruins in game 4. A pathetic hooking call was called on Noel Acciari just a few moments before this play, and the officials let it go, and we know how the rest of the story goes. We have preached about this before throughout the regular season and now in the biggest stage of all the Stanley Cup Playoffs. Fans would not be upset if calls were black and white, having some standards set would be nice instead of holding our breaths and praying to the hockey gods everytime someone falls on the ice. We are talking about the best sport on the planet being magnified by its officials who seem to want to be the star of the show. If only they knew fans didn’t spend their money to watch them perform.

The first goal of each game throughout this series has been scored by the winning team it is essential that the Bruins take the lead in this game. Not only will it give them confidence it will be the first time that they have scored the first goal since game 1 of this series. This is a team effort no need to point any fingers at anyone for the last few games the Bruins need to be better in every area of the ice if they want a chance to win.

At the end of this game, the Bruins will be heading back to Boston and will be getting ready for game 6. In no way do I see this team who has put everything on the line at every given point this season being told they are too young, too old or too slow and time after time they have risen to the occasion and silenced the critics.