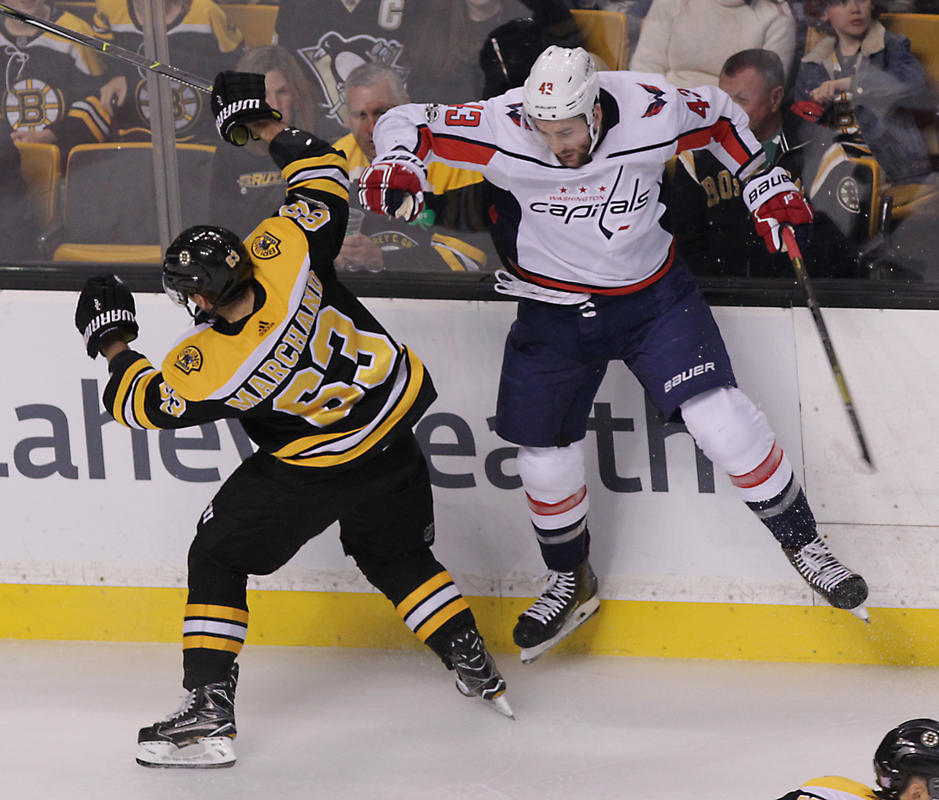 The Boston Bruins will get up close and personal with the Stanley Cup Champs as they will open the 2018-19 season in Washington to face the Capitals on October 3rd at 7:30 P.M. The Caps will hoist their first Stanley Cup banner in franchise history before puck drop. If that wasn’t enough the Bruins then will travel to Buffalo to take on the Sabres the next night for their home opener against potential top pick Rasmus Dahlin.

The Bruins will open their home slate on October 8th with the annual Columbus Day matinee against the Ottawa Senators at 1 P.M. The season-opening homestand will continue with games against the Edmonton Oilers and Detroit Red Wings.

The Bruins will go on three separate West Coast road trips in October, November, and February taking on the likes of the Colorado Avalanche and the Dallas Stars in November, the Calgary Flames and Vancouver Canucks in October and the San Jose Sharks and Vegas Golden Knights in February. At the tail end of the season the Bruins will be away from home for seven of their final ten games of the season.

Story in a moment on the just-released Bruins schedule.

The Bruins won’t just be going on the road next season, they’ll be hosting four consecutive home games four separate times during the year. The first such stretch will occur at the beginning of November when the Bruins will take on Dallas, Vancouver, Stanley Cup finalist Vegas and Toronto, which will be their first matchup against the Leafs since Game 7 of their first round series.

One of the biggest storylines at the end of last season was the arduous stretch of 21 games in 39 days from March 1st onward. Fortunately, the Bruins will catch a break in 2018-19 with just 18 games in the final 37 days of the season. Look for the team to be a little more rested going into postseason play next season if they do indeed make it there.

The Bruins bye week will begin January 20th, the week before the All-Star break. The B’s will return to action on the 29th when they host the Winnipeg Jets at 7 P.M.

First matchup against the Montreal Canadiens on October 27th at 7 P.M. in Boston

Annual Black Friday matchup (11/23) at 7:30 P.M. in Boston which will be against the Pittsburgh Penguins

First matchup against the Tampa Bay Lightning on December 6th in Tampa at 7:30 P.M.

First matchup against Hart Trophy Winner Taylor Hall as the B’s take on the New Jersey Devils on December 27th in Boston at 7 P.M.

The Winter Classic at Notre Dame Stadium against the Chicago Blackhawks on New Years’ Day at 1 P.M.

Super Bowl Sunday matinee (2/3) in Washington against the Capitals at 12:30 P.M.

Season Finale on April 6th in Boston against the Lightning at 12:30 P.M.