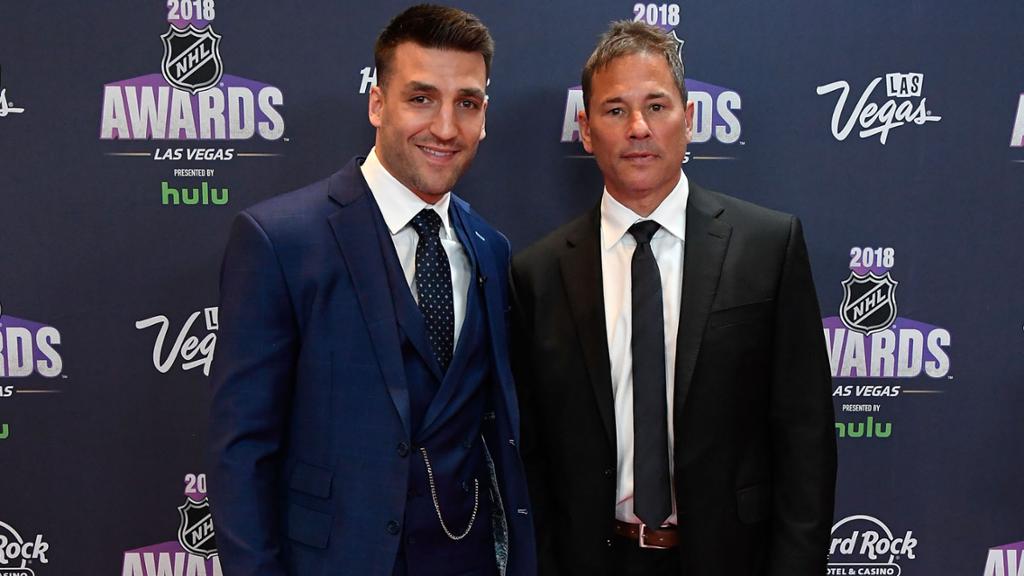 OK, in all fairness, I don’t think Patrice Bergeron was this year’s Selke winner. It really should’ve been Sean Couturier. Bergeron is the best defensive forward of this generation, and has a legitimate argument for the best of all time – but that’s not what this article is about. Instead, I want to discuss why the way the PHWA votes for these awards is increasingly concerning.

Let’s start with the Selke because it is the most logical entry point. Here is the breakdown of what each player who received a vote received: 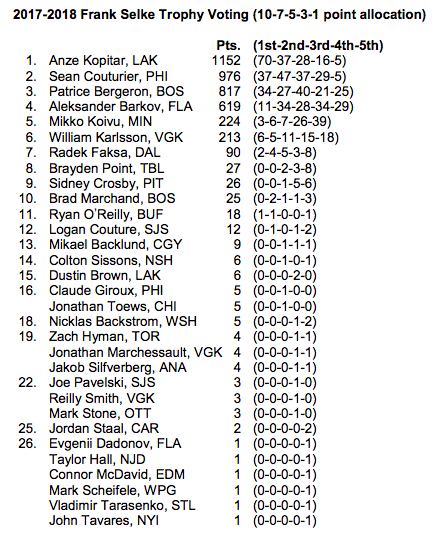 Let’s analyze this starting at the bottom. I was unaware that Vladimir Tarasenko killed penalties. He must have to get a vote – oh, wait. He averaged a whole 8 seconds of shorthanded time on ice this season. That was – wait for it – good for the 21st most on his own team. He had the same number of giveaways as takeaways (32) and was 9th on his own team in takeaways. But yes, 5th best defensive forward in the league. 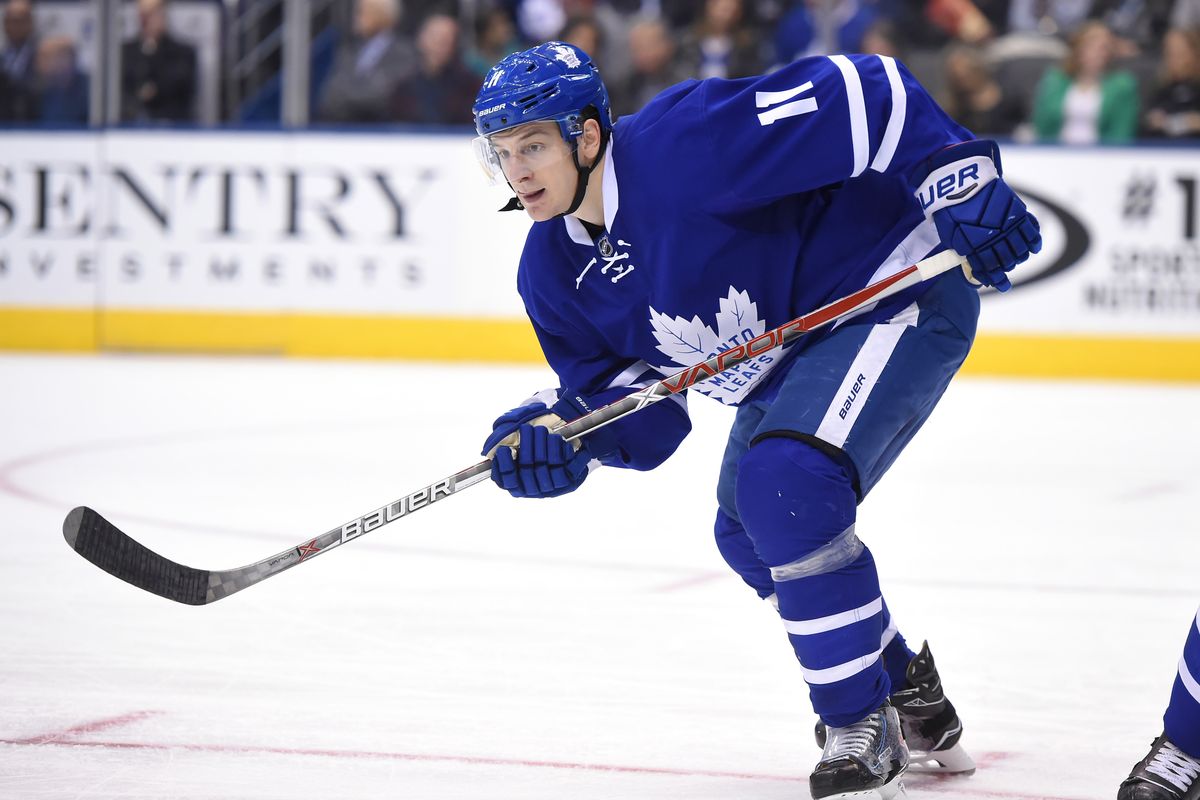 Some of the more unheralded players here did get some love. Toronto’s Zach Hyman actually lead the entire league in shorthanded time on ice by a forward. He had a 5v5 goal differential of +23, despite a zone start ratio below 50%. He averaged a .11 takeaway to giveaway per hour ratio, and drew the same number of penalties that he took. Hyman is one of those players that gets a bad rap because he is a winger, but he clearly is one of the better defensive forwards in the league. 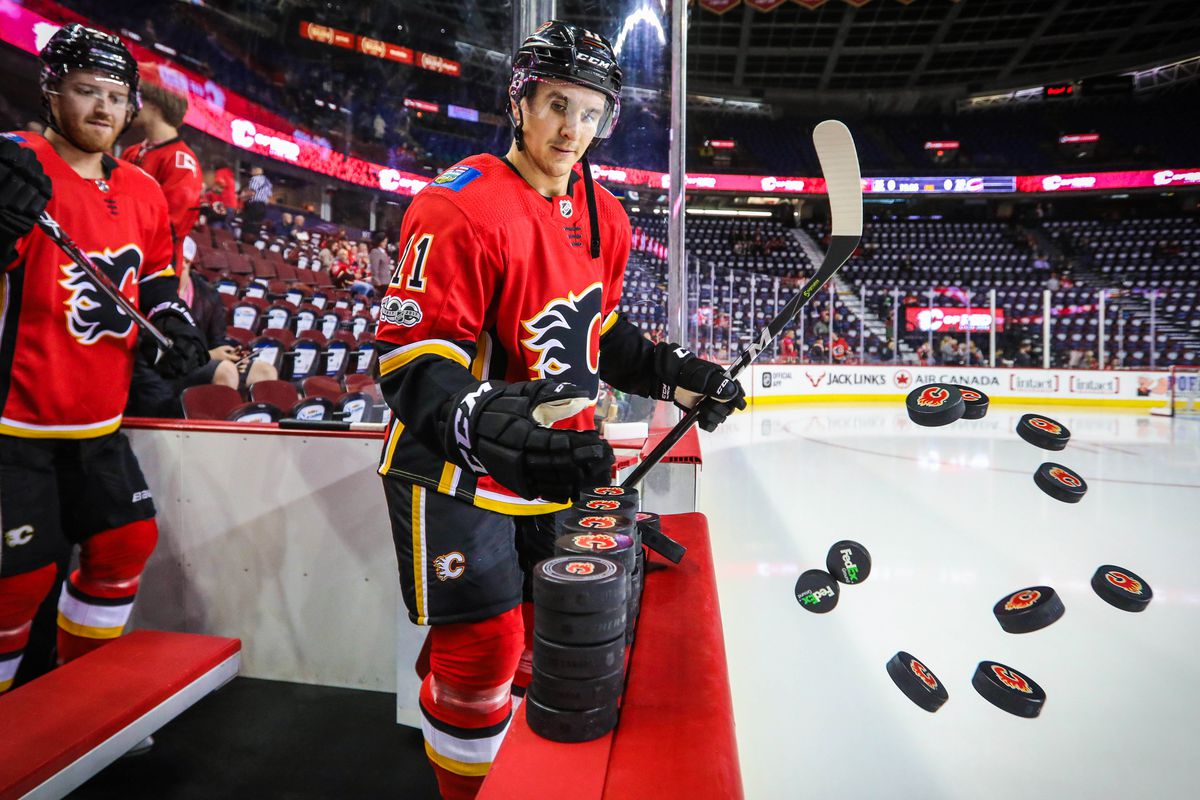 Colton Sissons and Mikael Backlund were also in the Top 10 of shorthanded time on ice by a forward. What is interesting though is Sissons has a negative 5v5 goal differential, a negative 5v5 penalties drawn to taken ratio, and averages more giveaways than takeaways per hour. He DOES, however, start a significant percentage of his shifts in his own end, so take that as you will. Backlund is a different animal, averaging over 3 takeaways per hour while averaging under 2 giveaways per hour this season. He had a very low 5v5 PDO this year, sitting at 94.79, so his lack of counting stats probably hurt him in this vote. 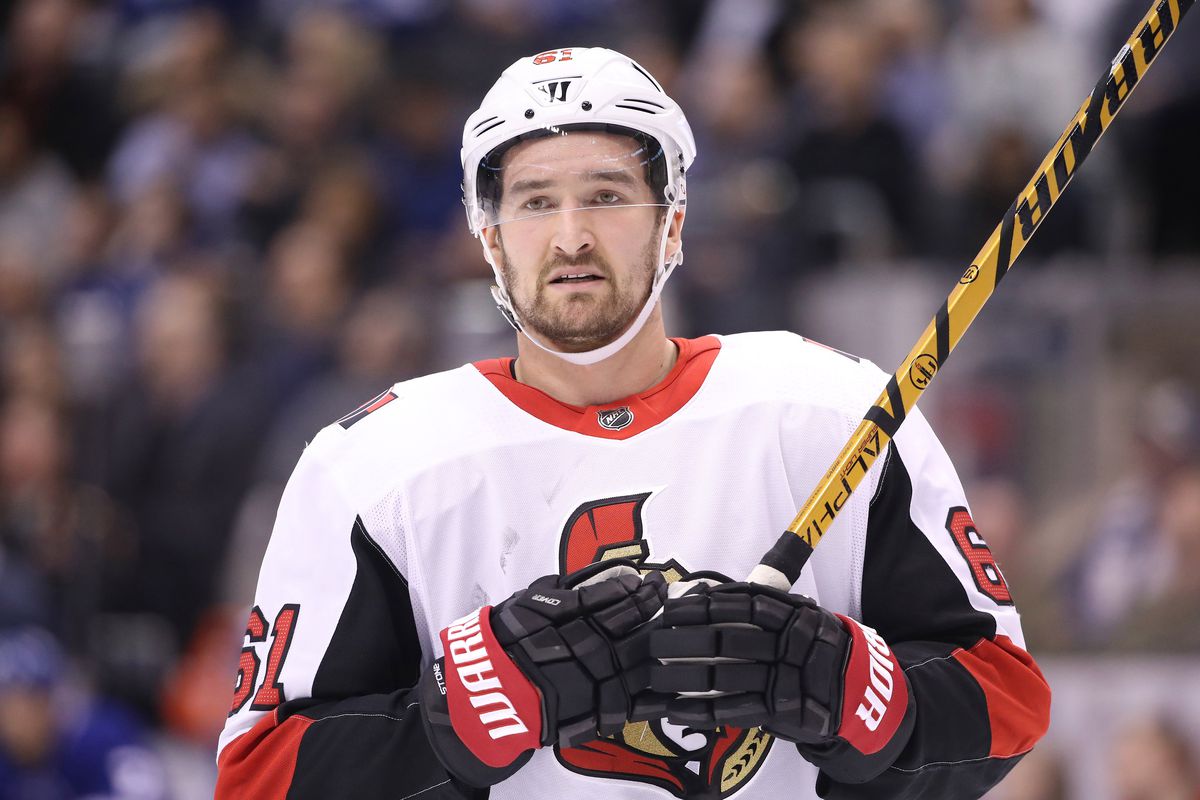 What about Mark Stone? A personal favorite, Stone is far and away the best defensive winger in the league. He drew 10 penalties this season and took only 3. When killing penalties, only 7 goals were scored against the Senators with Stone on the ice, only 1/8th of the total given up by the Sens all year. While Stone does tend to give the puck away a lot (3.03 per hour), he also averages 3.3 takeaways per hour, and it is important to note that the giveaways could, in part, be attributed to being an outstanding player on an inferior team.

Guys that really shouldn’t have gotten as much love? For all of his strengths, Sidney Crosby averaged twice as many giveaways than takeaways per hour and had a negative 5v5 penalty differential. He only played a total of 18 minutes and 13 seconds on the penalty kill all season. Yet, he appeared on 12 ballots, with Don Brennan of The Ottawa Sun believing him to be the 3rd best defensive forward in the league. Dustin Brown appeared on two ballots despite averaging more giveaways than takeaways per hour this season and playing on a line with the eventual winner in Anze Kopitar. 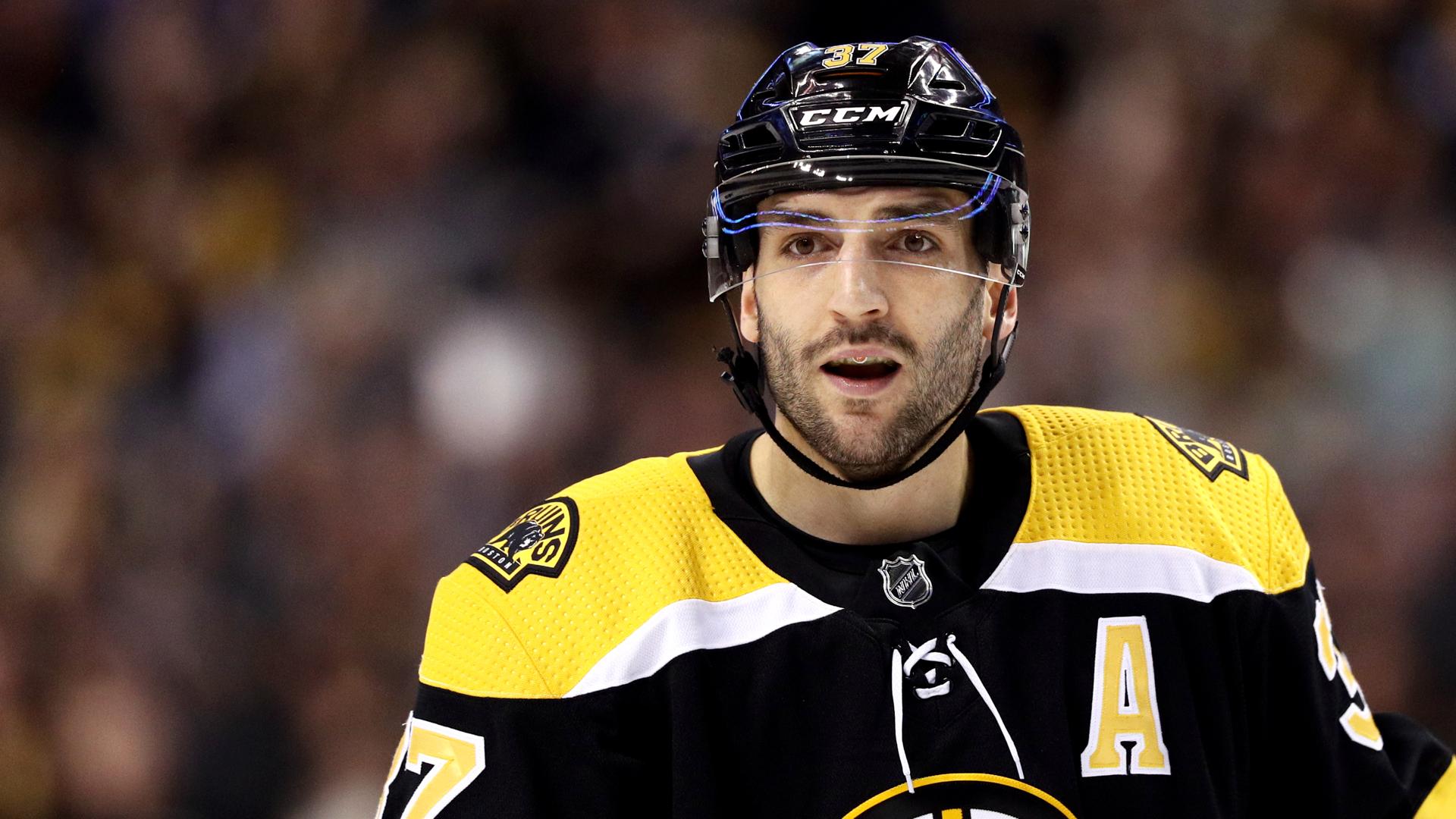 So, Couturier, Bergeron, Kopitar. Let’s start with good old Bergy. He took 7 penalties at 5v5 this year and drew 5. Not ideal, but not overly detrimental. He averaged 1.67 giveaways per hour, but nearly twice as many (2.92) takeaways per hour. He had a 5v5 goal differential of +15 and had a goals for percentage of 60.87%. On the PK, he generated 3 shorthanded goals, and allowed 10, while playing nearly 40% of the shorthanded time on ice for the Bruins this year. He did miss 18 games due to injury, which undoubtedly had an adverse impact on his resume. 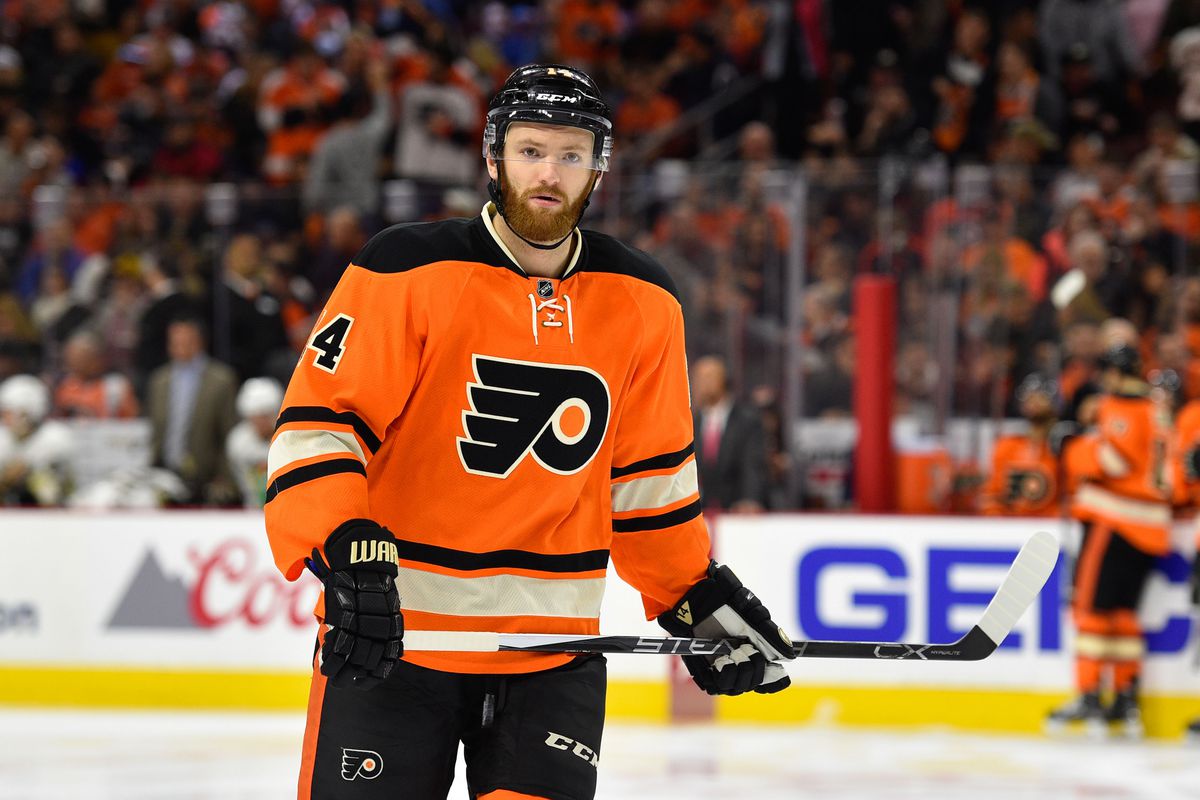 Couturier played nearly 45% of the Flyers’ shorthanded minutes this year, an absolutely ludicrous number. He also allowed 24 goals against in that timeframe, but that could very easily be attributed to the shaky goaltending situation in Philly. He had a 5v5 goal differential of +30, which is absolutely absurd, leading to a 62.3% goals for percentage. He drew 18 penalties, taking only 8 all season. His giveaway to takeaway ratio is much smaller (1.47 per hour versus 1.66 per hour), but still favors more takeaways than giveaways. 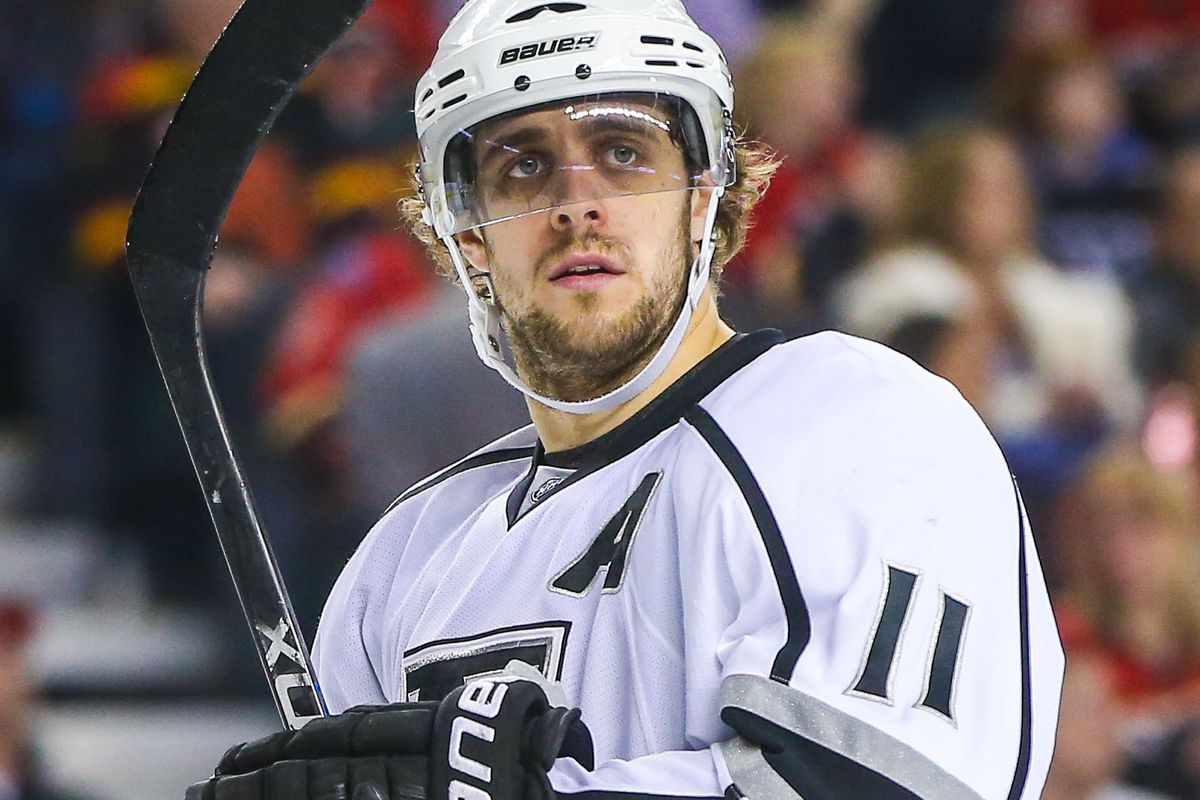 Kopitar averaged more giveaways (2.21) per hour than takeaways (2.06) per hour at 5 on 5. He drew 11 penalties and took 7 (+4 penalty differential). His 5v5 goal differential was +13, much closer to Bergeron’s +15 mark, and his goals for percentage, 56.31%, was by far the lowest of the 3 finalists. He played around 40% of the Kings’ shorthanded time on ice, allowing 9 goals against while generating 3 shorthanded markers.

Based on all of this information, I think it is very clear that not only should Kopitar not have been the winner of this award, but he probably shouldn’t have been in the Top 2, and there’s an argument that he shouldn’t have even been a finalist. Couturier is the clear winner for me, despite the obvious Boston bias.

So, why did Kopitar win? Well, the Kings weren’t expected to make the playoffs this year, Kopitar had a subpar offensive season last season, and rebounded to score 35 goals and 91 points. Couturier had a career year offensively, but he “only” had 31 goals and 75 points. Bergeron had 30 goals and 63 points in 64 games. The other two both played all 82. So, this looks to be a bias towards “a defensively minded forward who scores a lot of points” which is not the point of the award in the first place. 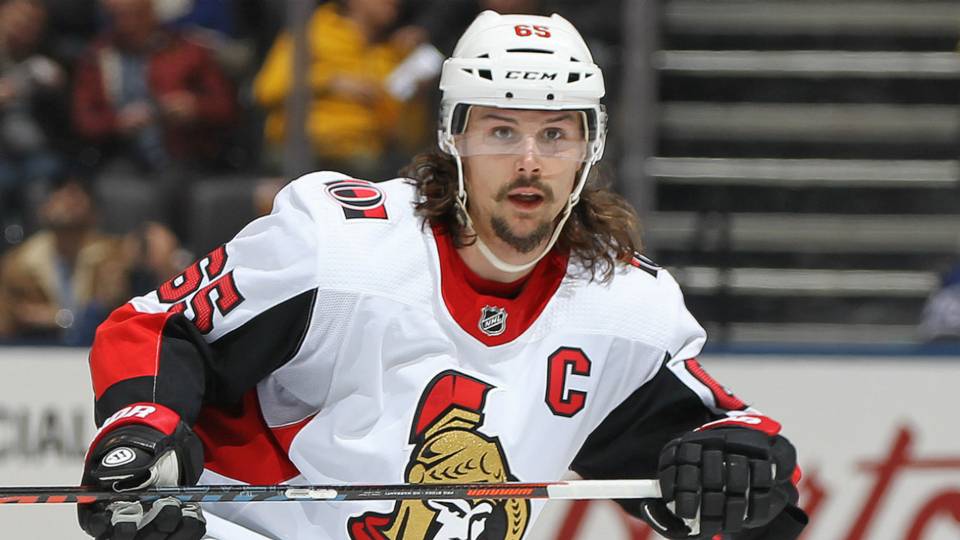 That’s not the only example of voters skewing a vote based on misinterpreting the meaning of an award. What about the Norris? This is turning into the award given to a defenseman who has been good for a while, hasn’t won one, and voters decide that it is “his year.” Last year, Brent Burns won his first Norris, after tallying 75 points, but doing most of his damage during a hot start, and falling off a bit later in the year. That one, I didn’t mind a ton, despite Erik Karlsson almost singlehandedly willing the Senators into the playoffs literally one foot (he scored 71 points in 77 games in case anyone was wondering). The year before was Drew Doughty’s “year” – he scored 51 points that year, whereas Karlsson lead his team (again) with 82, leading the league in assists with 66. The biggest difference between the two? Karlsson was a -2, Doughty was a +24. Plus-minus is such a flawed stat, but voters still seem to cling to it. 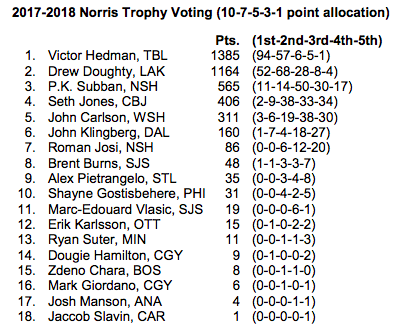 This year, the three finalists were Victor Hedman, PK Subban, and Drew Doughty. They finished 4th, 7th, and 9th in scoring respectively. When we look at 5v5 scoring, the only one in the Top 5 of goal differential was Victor Hedman (T-3rd) at a +25. PK Subban was a +18, and Doughty was a measly +10. For context, Anaheim’s Josh Manson led the league in 5v5 goal differential by a defenseman at +30 and received one 4th and one 5th place vote. Boston’s Matt Grzelcyk (+26) was 2nd, Hedman’s Tampa Bay teammate in Anton Stralman (+25) tied with him for 3rd, and Nashville’s Roman Josi (+20) was 5th. 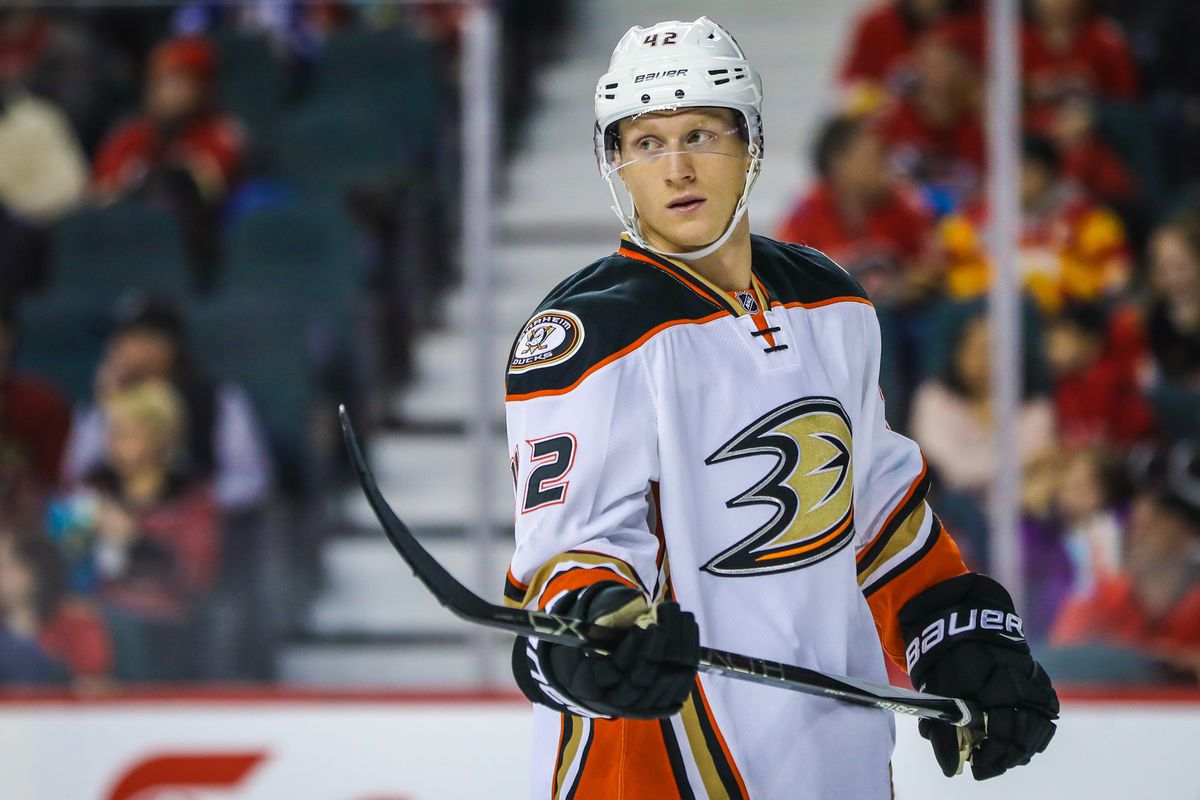 Point totals at 5v5 are also interesting, as Hedman put up 29 (tied for 6th), Subban tallied 25 (15th), and Doughty scored 24 (tied for 16th). The top 5 in this category? Ottawa’s Erik Karlsson (35), Dallas’ John Klingberg (34), Toronto’s Jake Gardiner (31) and Minnesota’s Matt Dumba tied with Manson at 30. Based on this analysis, Hedman had an argument for being a finalist, but Drew Doughty finishing so close to him? Asinine. 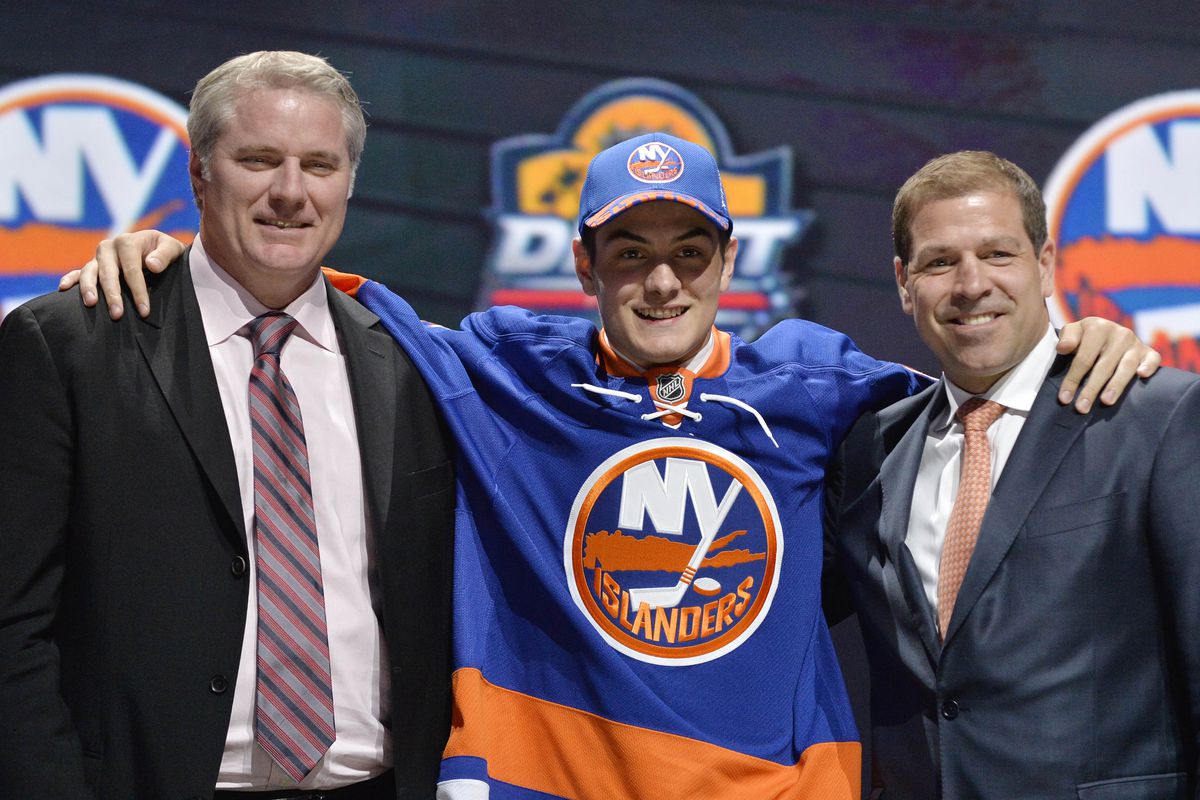 What about the Calder? I think we can all accept that Matt Barzal scoring 85 points in 82 games is immensely difficult to ignore, and this award was probably his. That went unquestioned, with him winning in a landslide. I DO take issue, however, how the rest of the finalists ended up. 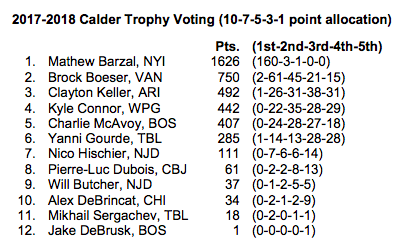 Brock Boeser was practically the only offensive threat in Vancouver and had a chance at scoring 40 goals (which won Auston Matthews the Calder last year) were it not for a ghastly injury that cost him 20 games. Clayton Keller was good, but ended up being very streaky, and scored around the same number of points as Boeser did in 62 games in the full 82 game season. Kyle Connor scored 31 goals, but scored only 57 points, and, again, was really streaky. He came on strong as the year progressed. Yanni Gourde was OK but probably should not have garnered a 1st place vote. 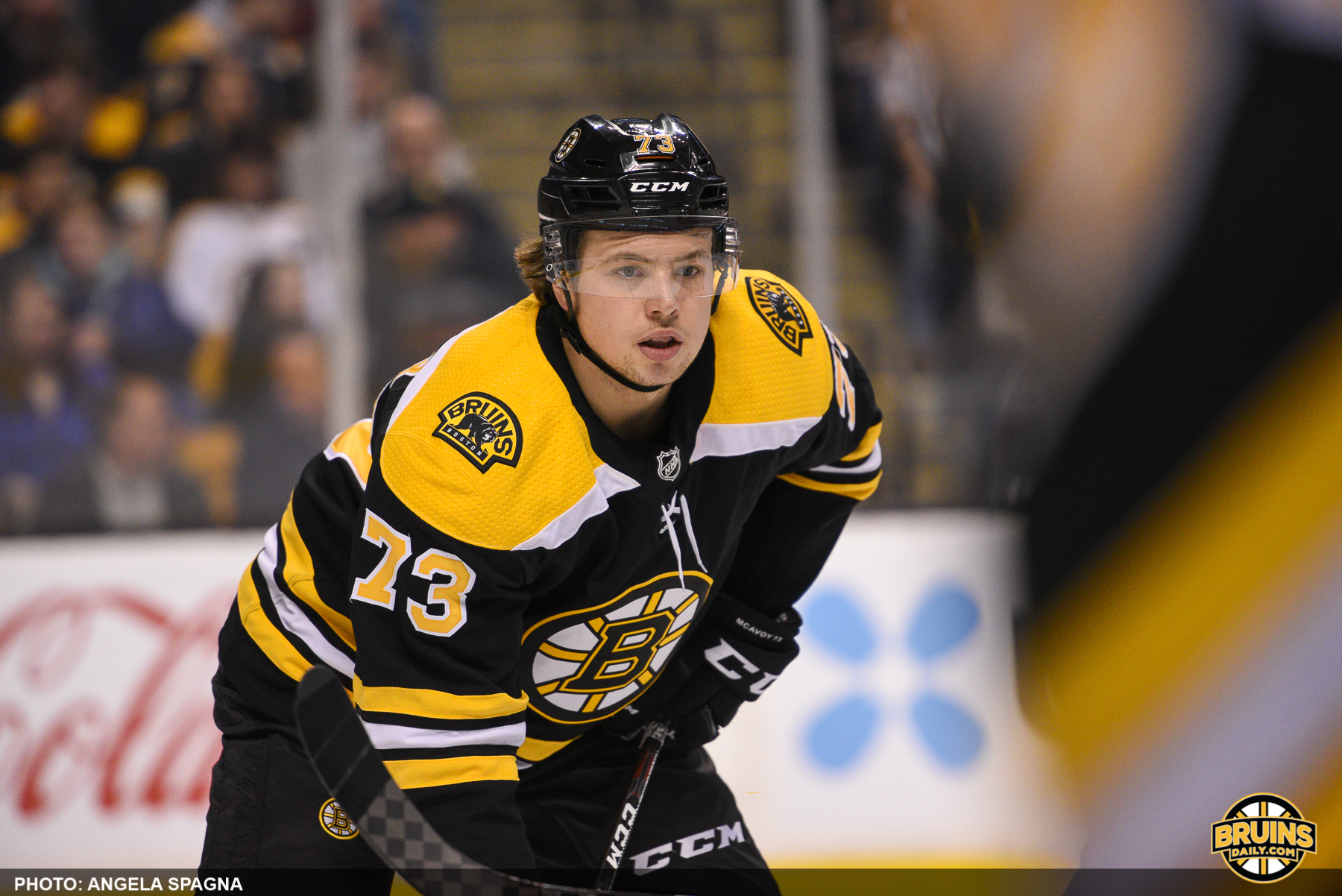 Then we get to our favorite Bruin, Charlie McAvoy. McAvoy, as a defenseman, had 32 points in 63 games, averaging over 22 minutes a night. He lead the Bruins in 5v5 time on ice and lead all rookies by an absurd margin.  He consistently was asked to play against the opposition’s top players and was very successful. He was tied for 7th in the entire league in 5v5 goal differential at +19 for defensemen, an awe-inspiring feat. As mentioned in the Norris discussion, Matt Grzelcyk was 2nd in this category, but played slightly lesser competition, and played fewer games. If he had played the entire season, he would’ve gotten a lot more attention for this award. (If you don’t know already, I am a huge Matt Grzelcyk guy, so I don’t apologize for constantly pushing him).

This appears to largely be a positional bias, as defensemen very rarely win the Calder, and only do so when they either have a weak rookie class to compete against or tally ludicrous, offensive numbers. McAvoy should’ve at the very least been a finalist for this award. Instead, he finished 5th. 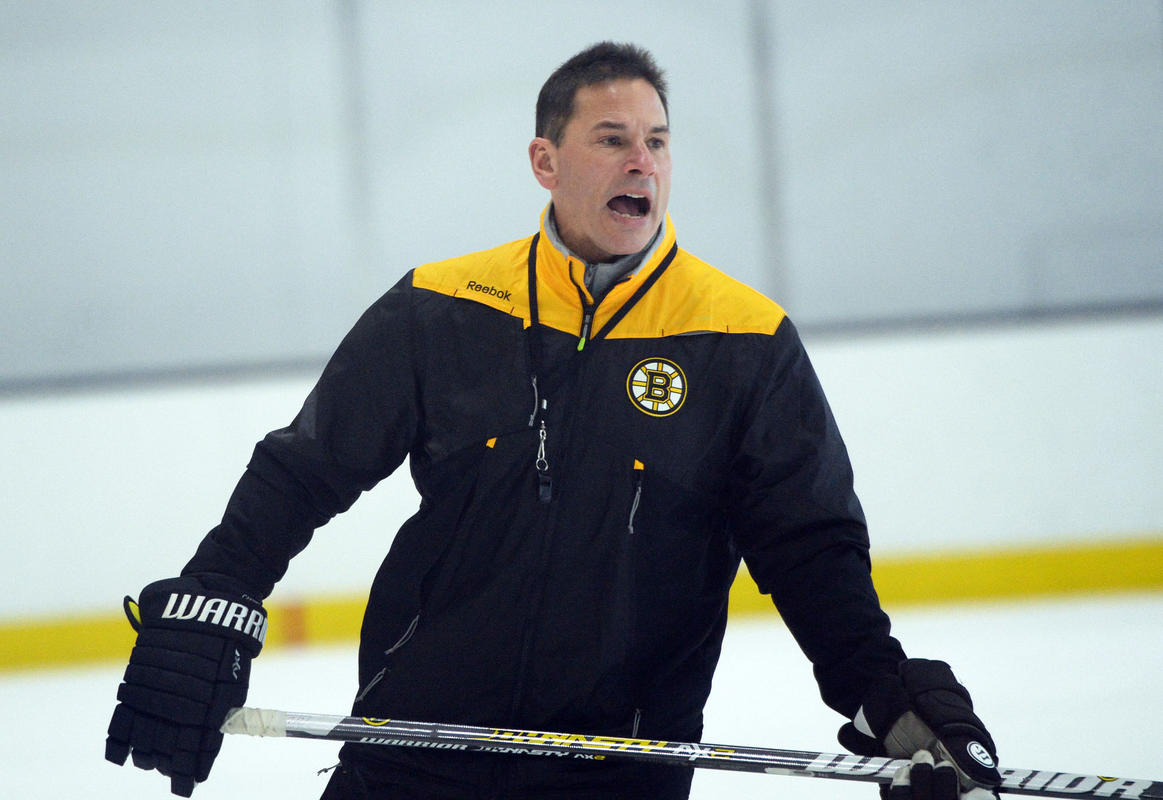 I won’t discuss the Jack Adams a lot, other than congratulating Bruce Cassidy on winning the award in any other season that the Vegas Golden Knights did not exist. What I find interesting is that there was someone who left Gerard Gallant completely off their ballot, which I find ridiculous to a degree I’m not sure can be expressed properly in words.

So, what’s the point of all of this? Well, I don’t think the B’s really had any legit shot at winning any of these awards. But the fact they finished so low shows a real lack of homework done by some of these voters. That is amplified when you dig deeper into the numbers for the finalists and show that we as a sport need to strive to be smarter and demand more of our coverage. We wonder why commentary such as Marc Bergevin referencing “intangibles” numerous times when defending the recent Alex Galchenyuk for Max Domi deal continues to perpetuate itself. Hockey needs to evolve. I want to help. Let me know how you think I can do that in the comments below!