When Will Bruins Marchand Learn? 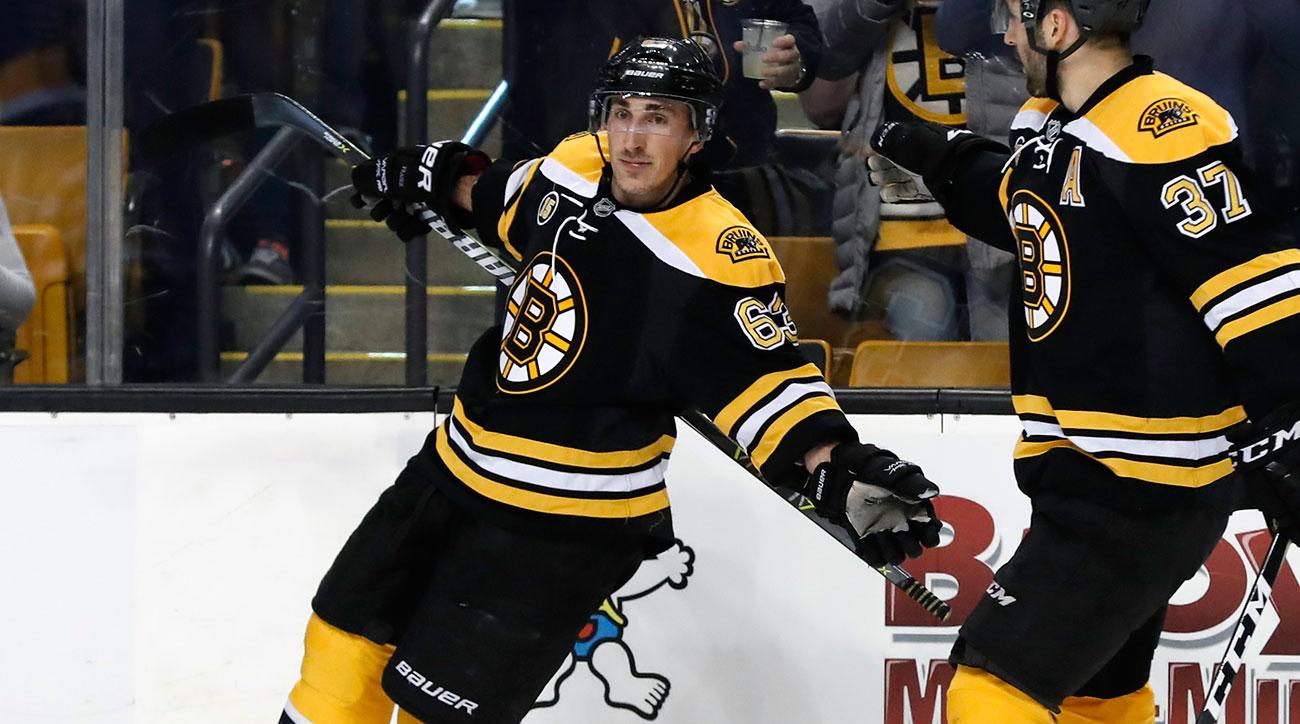 When it comes to the Boston Bruins, you either love them or you hate them and it has been that way for all ninety-three years that the organization has existed. While more and more fans join the fan base on the daily, a large part of the hockey community still has a strong distaste for the hockey team based out of Massachusetts. Many fans of the Bruins would argue that they love the team because of the hate they receive from fellow hockey fans.

Of course, for the Montreal Canadien fans, the Toronto Maple Leaf fans, and even the Vancouver Canuck fans, hating Boston is just something that comes with cheering for their team. But for the other organizations in the National Hockey League, part of the reason for the hate of the Bruins is due to one specific player. Brad Marchand.

Over the past few years, Brad Marchand has brought controversy and dirty plays to the league and in many eyes, he should no longer be allowed to play the sport of hockey. While those claims are exaggerated, the belief for the punishment can be argued due to the repeated offenses by Marchand.

Below is the list of Marchand’s suspensions and fines as of June 12th, 2018.

There is no question that Brad Marchand has made some wrong decisions on the ice and the results of his actions have had some negative effects on the team and the overall image that people have on him. Early on in his career, Marchand had to play a dirty-type of hockey in order to earn him playing time.

Yet, Marchand still possesses the hockey skill to be a talented scorer in any day of the NHL. In the final three years in his Quebec Major Junior Hockey League career, Marchand was always above point-per-game – scoring 80 points, 44 points, and 29 points while the number of games that he played decreased as the years progressed.

Brad’s play did peak the interest of the Boston Bruins, who drafted him 71st overall in the 2006 NHL Entry Draft, however, he wouldn’t quite get his opportunity in the big leagues until the 2010-2011 season. Well, that season just so happened to be the season where the Bruins would win the Stanley Cup.

Marchand would score twenty goals in his rookie season with the Bruins – and would continue to hit the milestone for every other season except for the 2012-13 season, due to the lockout.

However, in the past few seasons, Brad has found a new level of scoring in the National Hockey League. Marchand has hit 85 points on back-to-back seasons (2016-17, 2017-18) and has nearly hit the 40 goal mark in both of those campaigns. The play of Marchand has seemingly increased and the team’s dependency on that stellar play has also increased as the seasons go on.

Marchand is one of the best players offensively during both five-on-five situations as well as shorthanded situations. Out of all the current active players in the National Hockey League, Marchand ranks first in most shorthanded goals scored with twenty-three. In addition, Brad has been in the league for a significantly less amount of time, seven-less seasons than the second player on that list.

As mentioned previously, Marchand has rapidly become one player on the Boston Bruins that is relied on the most. In the past 2017-2018 season, Brad Marchand broke the record for most overtime goals in Boston Bruins history, with 11.

With his 11th career regular-season overtime goal, @Bmarch63 passed Dit Clapper and Glen Murray for the most in Bruins history. pic.twitter.com/FphYEqALBI

Not only would the Nova Scotia native surpassed a Boston Bruins record, but he would tie an NHL record – most overtime goals in a single season, scoring five in the ’17/’18 season. That ties him with Steven Stamkos, Jonathan Toews, and Alex Galchenyuk.

That is 5️⃣ on the year! pic.twitter.com/CShQmj0onP

Outside of the NHL, Marchand has had great success in international play as well. In both the 2007 and 2008 IIHF World Junior Championships, Brad left with gold medals. Marchand would also take home two gold medals in 2016 – one in the 2016 World Cup of Hockey in September, and another in the 2016 IIHF World Championships in May. Brad was arguably the top player for Canada during the World Cup of Hockey, scoring the game-winning goal in the final game against Team Europe and scoring the most goals in the entire tournament (5).

There is no doubt that Brad Marchand is an incredibly skilled player – especially offensively. He has no reason to play a dirty style that he used when he first made his appearance in the league. While he has voiced his apologies and his belief that he must be better, the results have not yet taken place.

Recently, Marchand has sparked more controversy due to the licking of opposing players’ faces during last year’s Stanley Cup Playoffs. Marchand was able to get off with only a warning from the NHL, but even prior to that step, the thought of licking the face of another player baffles every fan of hockey or any other sport for that matter.

Boston Bruins owner, Jeremy Jacobs, put that idea into perspective back in May.

“This is a player that, I can only think of 30 other teams that would love to have him, so there’s a margin that you give him. But, I think he’s used up this margin.”

You have to imagine that that margin is indeed shrinking for Marchand. The league has possibly let Marchand off the hook once too many times and with one more step over the line – there could be some big consequences for Brad coming. For the 2018-2019 season, Brad Marchand cannot be the dirty Marchand. No more low-end hits, no more spearing, no more slew-footing, no more elbows, and definitely no more licking.

Heading into the ‘18/‘19 season, will #NHLBruins F Brad Marchand change his act when it comes to suspensions? #NHL #GoBruins #BradMarchand