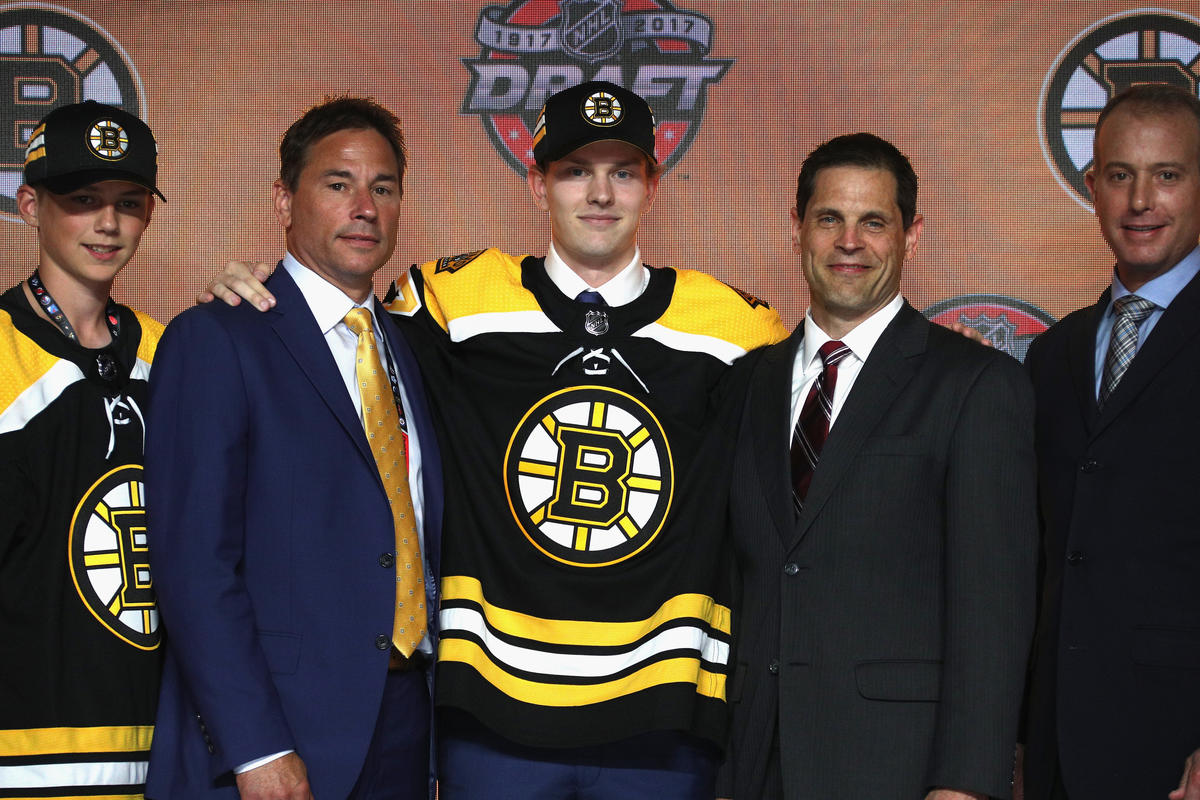 It looks like the Bruins will be looking to bring more youth talent to North America in the near future.

Mark Divver of The Providence Journal tweeted Thursday that the Bruins will be looking to sign the 18th overall pick from the 2017 draft, Urho Vaakanainen, sooner than later.

Look for #NHLBruins to sign 2017 1st rounder Urho Vaakenainen to ELC before development camp at end of June. Still to be decided whether he plays in North America — likely P-Bruins — or returns to Europe next season

The 19-year-old left-shot defenseman played this season with Finnish squad SaiPa. His four goals and seven assists were enough to land him second on his team in scoring among defenseman. Additionally, Vaakanainen represented Finland in both the World Juniors and in a number of international contests. He tallied seven helpers in 32 games with the Finnish national team.

When the B’s called Vaakanainen’s name last June at the draft, even the draft-pick himself was surprised. He explained that his communication with Bruins management leading up to the draft was minimal, so to hear Don Sweeney select him was a bit of a shock.

Nonetheless, the B’s liked what they saw from Vaakanainen.

Where Does Urho Fit In?

Now, a few questions remain regarding the D-man’s future. First off, will the Bruins be able to sign him to an ELC before the development camp in June? More importantly, if a deal does get done, will Vaakanainen find a spot playing in North America?

The Bruins have several left-shot defensemen in the organization, most of whom played last season in Providence. Jakub Zboril, Jeremy Lauzon, and Emil Johansson all played their entire seasons in the AHL last year. Wiley Sherman played with Harvard until their season ended, then joined the baby B’s for their playoff run. All of whom fit the bill of a left-shot D-man.

As for the big leagues, we can’t forget about Matt Grzelcyk, who came out of his shell and then some to help the B’s to an appearance in the second round.

Not that Vaakanainen is guaranteed a spot with the big boys, but the question has to be asked: Where does he slide in?

In order to determine what role Vaakanainen would take, one would have to consider his style of play.

What Does He Bring To The Table?

Scouts were split on their reports of Vaakanainen heading into the draft. Some considered him a stay-at-home defenseman with minimal offensive abilities. Others, however, touted his two-way game and his ability to efficiently move the puck.

Sportsnet’s Jeff Marek was one of those describing Vaakanainen’s offensive abilities as limited.

“Shines on the defensive side of the puck at even strength and PK. Has an uncanny ability to get his stick in shooting and passing lanes,” Marek’s report read. “Just don’t expect offense. He won’t be out there late in a game to tie it up, but you’ll love him out there protecting a lead.”

From what I’ve seen, Vaakanainen isn’t one to create goal-scoring plays on a nightly basis, but his discipline and his hockey IQ make him an extremely valuable asset. He appears to have grown quite a bit in the last season since being drafted last June.

He does have a quick and powerful wrist shot that, from the blue line, could create scoring chances with traffic in front of opposing goalies.

I’m of the belief that, should the Bruins get a deal done with the Finnish national, he could show his value in Providence in no time. Neither Vaakanainen nor any of the other previously stated left-handed D-men are up to the level of somebody like Charlie McAvoy, but that’s a lofty comparison.

However, the competition between a handful of young defenseman could do each of them wonders. Who knows if any of them could work their way into a spot with the big boys next season.