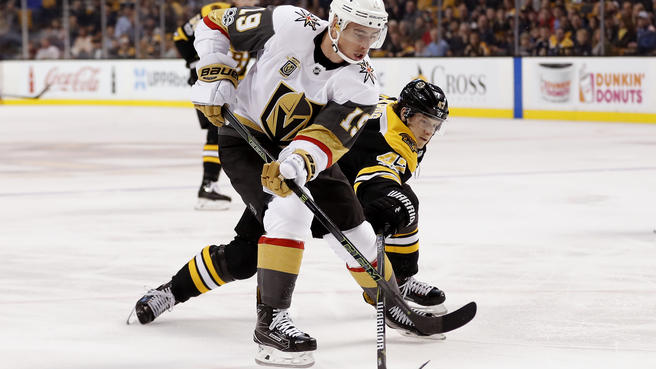 It has only been about twenty days since the Boston Bruins were eliminated in the Eastern Conference Semi-Finals to the Tampa Bay Lightning, but it already feels like forever since we saw the Bruins play an NHL game.

Since the loss to the Lightning, the Bruins have considered many decisions including who to re-sign, who to possibly trade, and who to possibly grab in free agency come July 1st. While all those topics are being discussed behind closed doors, the Boston media has shared their thoughts about the offseason for the B’s.

However, in the midst of all the rumors and hot takes, three former Boston Bruins are having tremendous playoff success with the newest franchise to enter the National Hockey League – the Vegas Golden Knights. 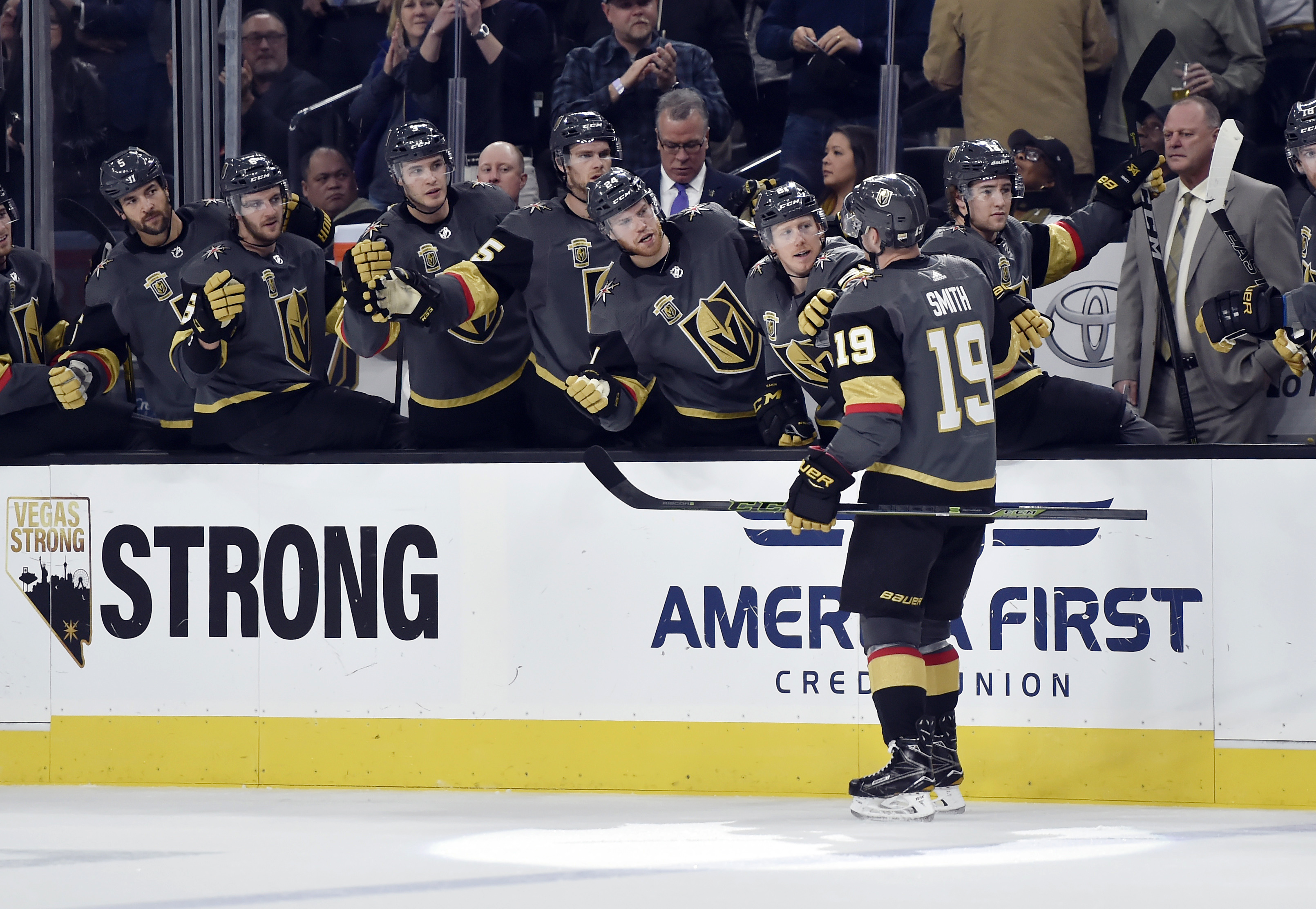 It is fair to say that Reilly Smith found his new home in Las Vegas, and not just because of the Vegas Strip. Smith has excelled with the Golden Knights, becoming one of their most-reliable forwards who can score goals, set up plays, and play a bit of defense as well. With the 2017-18 season being the first year of his new 5-year, $25 million ($5 million AAV) contract, Smith wanted to prove to the Golden Knights’ management staff that the trade acquisition made on expansion draft night, that it was indeed worth it.

Reilly Smith was drafted back in the 2009 NHL Entry Draft in the third round (69th overall) by the Dallas Stars. The Toronto, Ontario native played a total of 40 career games over the course of two seasons for the Stars, accumulating three goals and nine points during the span. In the summer following his most-active NHL season, Reilly Smith was packaged in a blockbuster trade that sent F Tyler Seguin, D Ryan Button, and F Rich Peverley to Dallas. Smith would join F Loui Eriksson, D Joe Morrow, and F Matt Fraser on a plane to Boston.

In Boston, Reilly would miss only a single game in two seasons, scoring a high of 51 points (20 goals, 31 assists) with a +28 rating in the 2013-14 season as well as another four goals and five points in twelve playoff games. The following season, Smith’s numbers dropped off, only producing 13-27-40 totals. Smith seemed to have trouble scoring the goals, but would be one of the hardest working Bruins on the roster.

On the first day of free agency in the 2014-15 offseason, the Boston Bruins would trade Reilly Smith and Marc Savard’s contract to the Florida Panthers for 6’5″ F Jimmy Hayes. Like he did with the B’s, Smith would hit the 50-point total again, earning him the five-year contract, but would fall off to a 37-point in the ’16/’17 campaign.

This would be lead to the 2017 NHL Expansion Draft. Although Vegas did not choose Smith from the Panthers, they did manage to make a trade at the same time they selected F Jonathan Marchessault, Vegas sent Florida their 2018 4th-Round Pick for Reilly Smith.

Even while playing in only 67 games with the Golden Knights this season, he would set a career-high in points (60) and plus/minus rating (+31). Smith was also a threat on the power-play – scoring the third-most goals on the man-advantage throughout the entire team (7).

During the playoffs, Smith has been even more dangerous, producing 2-14-16 totals in fourteen games that took place over the first three playoff series. With the play, Reilly Smith was named as an alternate captain and continues to dawn the “A”.

Smith scored the game-winning goal in Game Four of the Western Conference Finals against the Winnipeg Jets, giving the Golden Knights a 3-1 series lead.

At the time of writing this article, Smith just scored his third goal of the postseason in Game One of the Stanley Cup Finals to put the Golden Knights ahead 3-2 in the second period, as well as his fifteenth assist of the playoffs, on William Karlsson’s first-period tally. 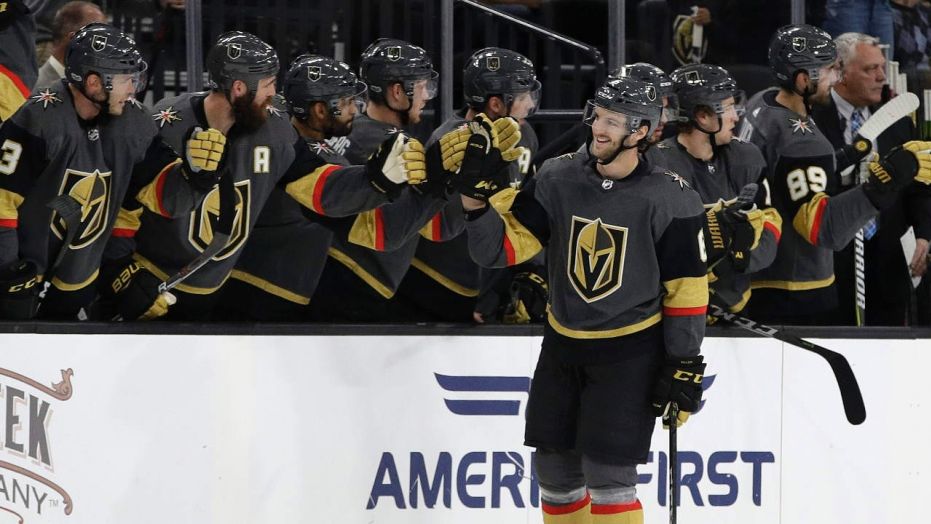 Similar to Reilly Smith, Colin Miller must be enjoying his time in Las Vegas due to his success and he does not seem to be stopping anytime soon. Part of the reason that Vegas has surprised so many people with their amazing inaugural season is the motivation of the players on the roster. The majority of the players on the team were deemed not good enough to remain on their old teams, and that is the exact case for Colin Miller.

Before the 2017 Expansion Draft, one of the main topics of discussion involving the Bruins was which players would they protect heading into the 2017-2018 season. All of the protected players by Boston were quite clear except for two players, Kevan and Colin Miller. As history has proven, the Bruins chose to keep Kevan Miller, while Colin was picked by the Golden Knights.

Miller was drafted back in the fifth round of the 2012 NHL Entry Draft by the Los Angeles Kings. As he was drafted onto a championship-contending team, Colin was never given the opportunity to play in the National Hockey League with the Kings. In fact, Colin Miller would not get the taste of NHL hockey until the 2015-16 season, his first season with the Boston Bruins following a draft-night trade that sent Miller, G Martin Jones, and a 1st Round Pick in the 2015 Draft (D Jakub Zboril) in exchange for F Milan Lucic.

Colin would play 103 regular season games over two seasons for the Bruins, racking up 9-20-29 totals and 130 hits. However, Miller showed some promise, being a younger player than Adam McQuaid and Kevan Miller and he had some talent on the offensive side of the puck.

But, when the Expansion Draft came along, the Vegas Golden Knights did not hesitate to select the Sault Ste. Marie native.

Since joining the Golden Knights, Miller has exploded, setting a career-high in goals, assists, and points. Miller finished the 2017-18 season with 10-31-41 totals and an impressive 165 hits during the entire season. Even into the playoffs, Miller has tallied three goals, including the first Stanley Cup Final goal in Vegas Golden Knights history.

Colin Miller gets the @GoldenKnights the first goal of the 2018 #StanleyCup Final! pic.twitter.com/ScTEstehCy 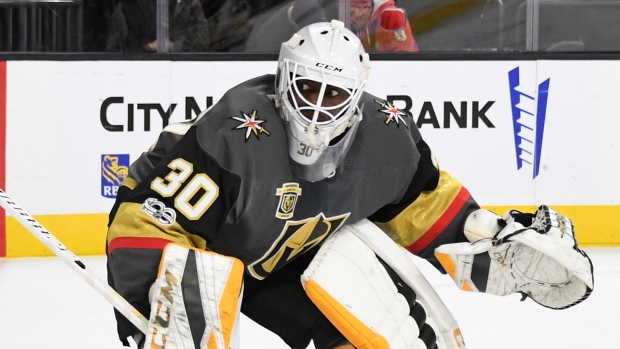 Many young players have come through Boston, but few of them went through as much criticism as Malcolm Subban. Following a difficult first career game versus the St. Louis Blues in February 2015, a game where he allowed three goals on only six shots, Subban would only get two games in the NHL with the Boston Bruins. Subban would allow another three goals in a loss to Minnesota.

In the American Hockey League, Subban was an average goaltender with the Providence Bruins, never really standing out nor losing a ton of games either.

Early on in the 2017-18 season, the Bruins found themselves with a question on the backup role, whether it would be Malcolm Subban or Anton Khudobin. This would, in turn, lead to the Bruins putting Subban on waivers in October.

Of course, while on the waiver wire, the Vegas Golden Knights decided to pick up the Toronto, Ontario goalie.

During the course of the season, Vegas had many injuries to the goaltender position. Five different goalies played in a game for the Knights all season, and Malcolm was one of them. Ironically, his debut with Vegas came from the team that drafted him 24th overall in the 2012 NHL Draft – the Boston Bruins. Subban would make 21 saves in a 3-1 victory over the Bruins. This would lead to five consecutive wins for Subban when he plays in net.

About a week ago, Malcolm Subban was cast aside by the Boston Bruins. Tonight, he stopped 21 of 22 shots to beat his former team. #TendyLove

With all of the injuries to netminders on the Golden Knights, Subban quickly became the #1 goalie behind Marc-Andre Fleury, finishing the regular season with a 13-4-2 record, a .910% save percentage, and goals against average of 2.68. Following the early five-game winning streak, Subban went on a seven-game winning span in December, impressing the many people throughout the hockey community.

Subban is yet to play in the 2018 Stanley Cup Playoffs, due to the dominant run by Fleury for Vegas. However, management knows that Malcolm may be a viable option for the team if need be. 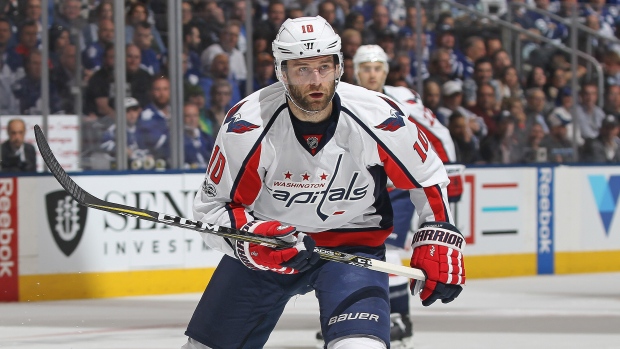 Brett Connolly was one of the top picks in the 2010 NHL Entry Draft, going sixth overall to the Tampa Bay Lightning. Only a few selections earlier, Taylor Hall and Tyler Seguin were drafted with the first two picks in the draft to Edmonton and Boston.

Following some strong point-producing seasons in the Western Hockey League with the Prince George Cougars, Connolly was believed to have the skills to make a difference on an already skilled Tampa Bay team. However, he never really impressed in Tampa, scoring two 15-point seasons, his career-high at the time. On March 2nd, 2015, Connolly was traded to the Bruins for two second-round picks, one in the 2015 Draft (Matthew Spencer) and the other in the 2016 Draft (Boris Katchouk).

Connolly would have to wait for the 2015-16 season to truly get his chance to play in the National Hockey League. Brett would play in 71 games for Boston that year, the most he ever played in the NHL in one season, scoring nine goals and 25 points during the time-span. Having not impressed the Bruins management enough, they chose not to re-sign the Campbell River, British Columbia native, letting him go to free agency.

On the very first day of the free agency period, the Washington Capitals signed Connolly to a one-year deal, worth $850,000. In the 66 games he played of the 2016-17 regular season, Connolly had 15-8-23 totals, a new career-high in goals. Connolly’s performance would lead to a new contract with the Capitals, a two-year deal with an annual salary of $1.5 million.

Brett Connolly has agreed to terms on a two-year deal with WSH. AAV of $1.5M.

This past season, Connolly would set a new high in points for one season, reaching 27 points and back-to-back seasons with fifteen goals. Brett would then get the most playing time in the postseason, that he as ever had as a National Hockey League player. In 20 games in the 2018 Stanley Cup Playoffs, Brett has scored five goals, good for seven points. Connolly also scored the first goal of the Stanley Cup Finals for the Capitals, which tied the game at one a piece in the first-period.

What a redirect by Brett Connolly! 👀

So, even though the Bruins were knocked out in the first round, some former players who once dawned the Spoked-B are playing for their chance to win the 2018 Stanley Cup.

So to end off, hypothetically, who would YOU choose to come back and play for the Boston Bruins again?