Ilya Kovalchuk: A Bad Idea For The Boston Bruins 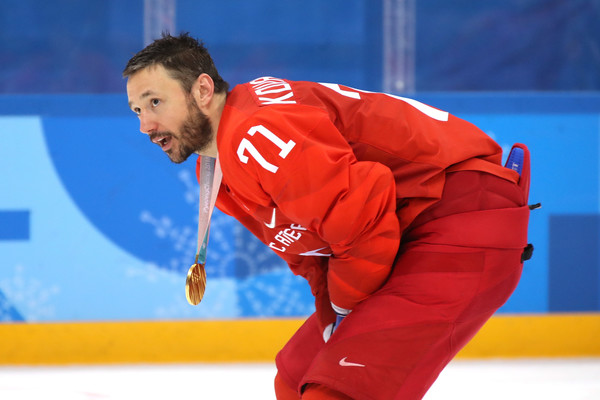 Free agent Ilya Kovalchuk is back on the market, and he’s interested in coming back to the NHL. Naturally, Boston area organizations jumped on the story and began spinning and weaving the idea that the 35-year old Russian player would want to wear the ‘spoked B’ and play for the Boston Bruins.

And the talks begin out East for Ilya Kovalchuk. https://t.co/AysnRqkLA3

Are the Bruins actually looking to get him? Honestly, who knows at this point. There is active speculation that the B’s are a ‘top contender’, but it’s just speculation. Boston-area media has an ugly tendency to go ‘full Toronto’ at times when it comes to hockey rumors.

So, what are the odds the B’s are actively pursuing him?

Kovalchuk could provide a big body on the wing for the Krejci (who is also under aggressive speculation on him being moved) line next season. In his five years in Russia’s Continental Hockey League, Kovalchuk’s game has expanded into something that better resembles Patrice Bergeron (who is a finalist for the Selke award for the seventh consecutive year).  It also seems that the B’s might thank forward Rick Nash as his time as a summer rental and move on.  This leaves an opening that former No. 1 overall pick could fall into.

Kovalchuk is certainly not a bad player. He led the KHL in scoring last year, putting up 63 points in 62 games. He could bring size, snarl, and a very dangerous shot to the second line, especially if David Pastrnak finds himself on that line at the start of next season.

While a Kovalchuk signing sounds like a great idea, it’s very unlikely that it will happen in Boston, and there are several reasons why.

Regarding Ilya Kovalchuk – I don’t know if I want a guy who once tried to willingly sign up to live in New Jersey for 17 years on the Bruins.

Kovalchuk has been out of the NHL for five years. While the KHL isn’t the AHL, it’s certainly not the NHL. Kovalchuk is 35 years old, and the last thing the B’s need to do is to swap out a quarter-season rental for a full season one.

Kovalchuk is also a natural left winger. That’s the one position the B’s are positively overloaded with talent right now. Sure, he did play at right wing with the Devils organization, but again that was five years ago.

Financially, it doesn’t seem to be a good fit for the Black and Gold. Kovalchuk will be expecting a decent salary to return. Ty Anderson from 98.5 The Sports Hub projected that Kovalchuk would be looking for a contract similar to the one signed by Patrick Marleau to join the Toronto Maple Leafs. That was a three-year, $18.75 million dollar deal ($6.25 million dollar cap hit).

Frankly, the Boston Bruins aren’t going to be able to afford him. The Black and Gold have about $7.4 million left in cap space after they signed Matt Grzelcyk to his two-year deal.  Assuming the B’s do move on from Rick Nash, they’re still short a few forwards, and they’ve yet to sign Riley Nash, Sean Kuraly, and Tim Schaller. Trying to pull off a two or three-year deal at $6 million will certainly price himself out of Boston, even with a potential cap increase next season.

Finally, it also seems like a bad idea from the perspective of the B’s current culture. The B’s have invested heavily in the youth movement right now. The last thing the Bruins need to bring into the locker room is a player whose time is rapidly running out.  The B’s can’t afford to tie themselves down to another Rick Nash type signing.

The Boston Bruins aren’t really looking to make sweeping changes going into the 2018-19 season. Kovalchuk might sound great on paper, but he won’t be what the Bruins need to be better moving forward.